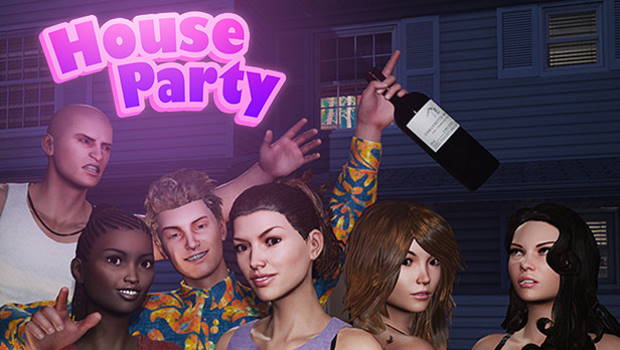 Since Steam opened up the Marketplace to content of a more “mature” nature… the sort of games on offer has grown in variety, or perhaps I should say, has opened the flood gates for a bunch of gratuitous “adult” games. House Party blends into that crowd, the characters that look like they have been purchased from a bulk “gaming asset” pack, the somewhat cookie cutter locations. But… I was actually surprised. 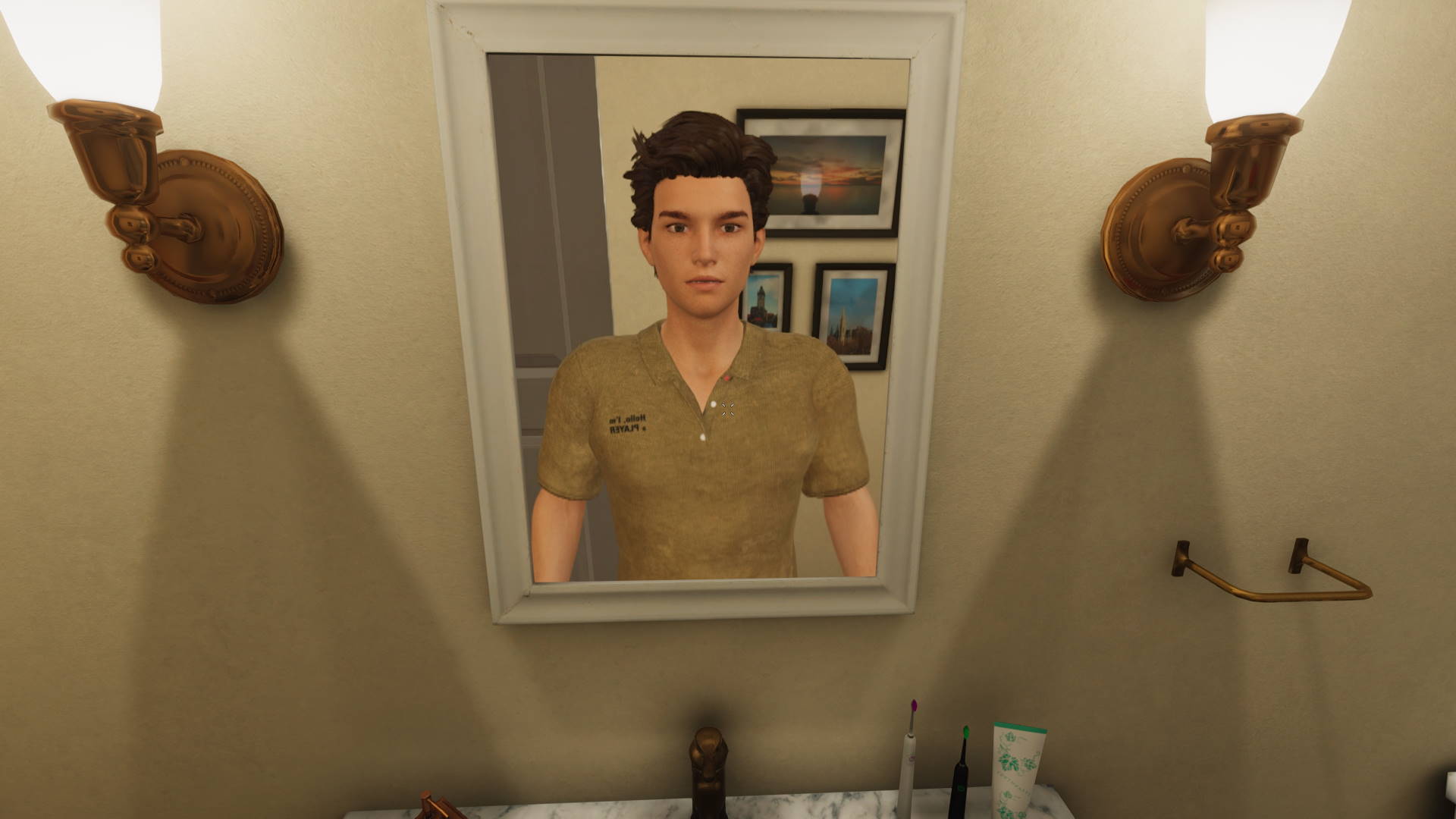 To start with, the promotional material made me dismiss this game on first look as one of those “visual novels”… basically a collection of still images strung together with a “story” (in the adult category that typically seems to just mean excuses for characters to undress each other and do… things). House Party is essentially all about the characters finding excuses to do things… but it is far more like an American Pie rather than a Penthouse Letters section. 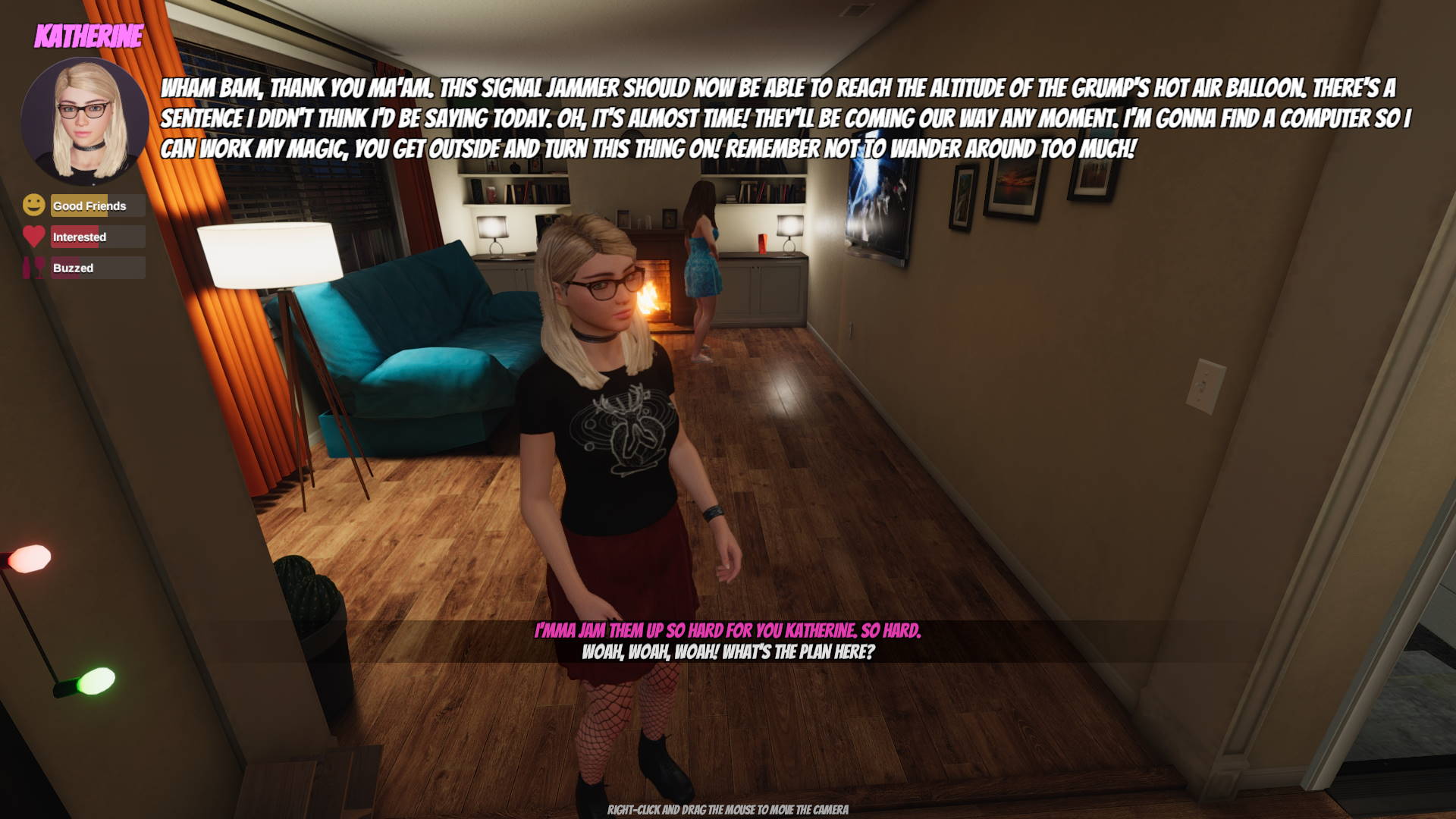 The introduction (after a little warning which makes a very reasonable point about the warped standards that allow excessive violence to be shown on streaming platforms but not nudity and consensual sex), you are told that you have been invited to a party thanks to your mate Derek… you don’t know anyone else there and it’s your job to get to know them and essentially try and get intimate with them. So clearly very much an 80’s/90’s T&A film plot. 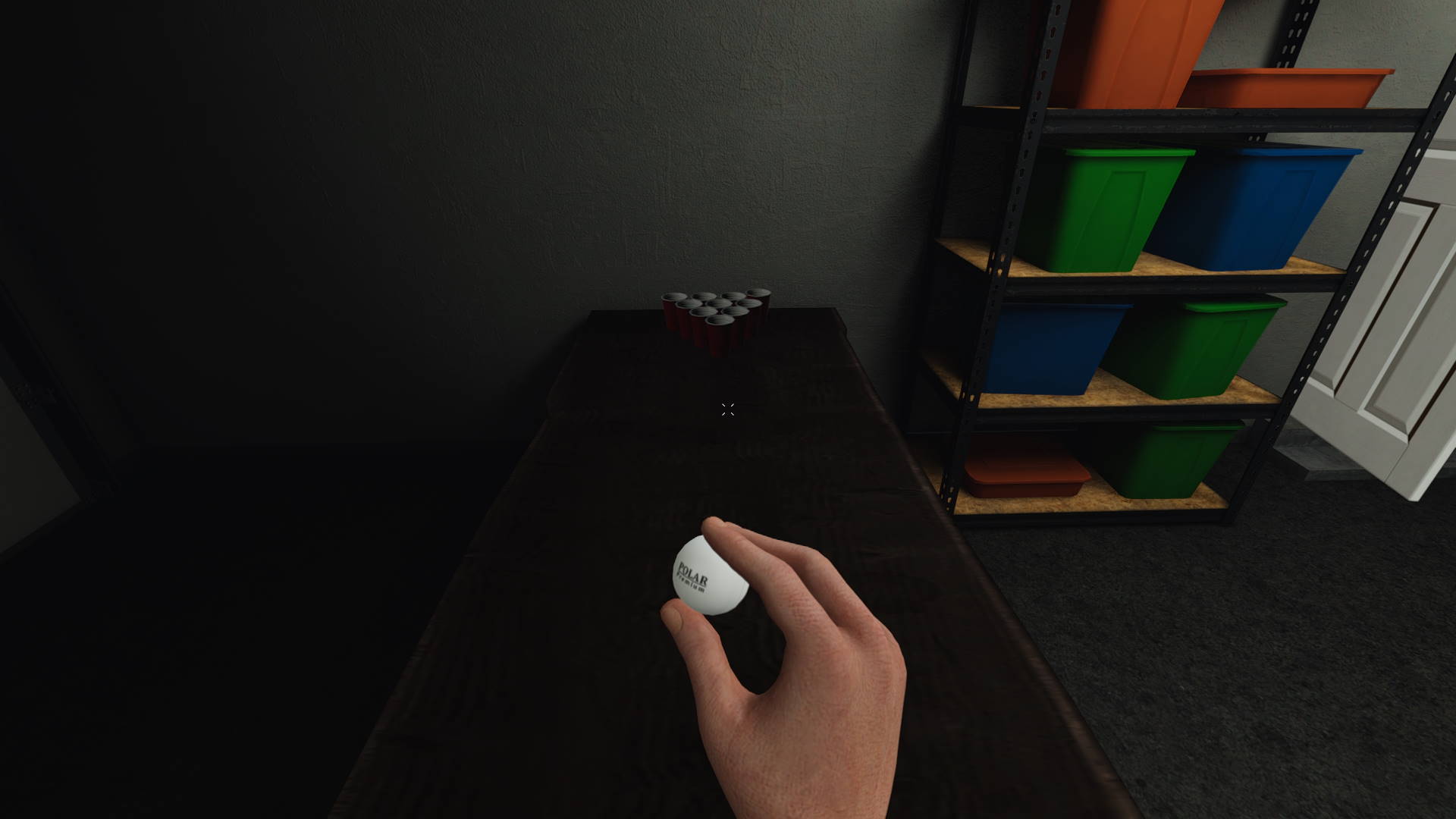 The depth (so to speak) comes in by way of the different characters, sure you could say they are stereotypes (and the game even acknowledges that) but they do provide at least a bit of variety and different approaches that you will have to take with each character in order to advance your story with them. The publicity material for the game also mentioned the influence of point and click adventure games and I can certainly see that… think of it as a more explicit Leisure Suit Larry. There are plenty of objects you can pick up in the game and a number of them have to be combined in order to advance a story line. Advancing one story line might mean you cut off any chance of completing another characters story… so you may want to save often and play again to see what someone else’s full arc results in. 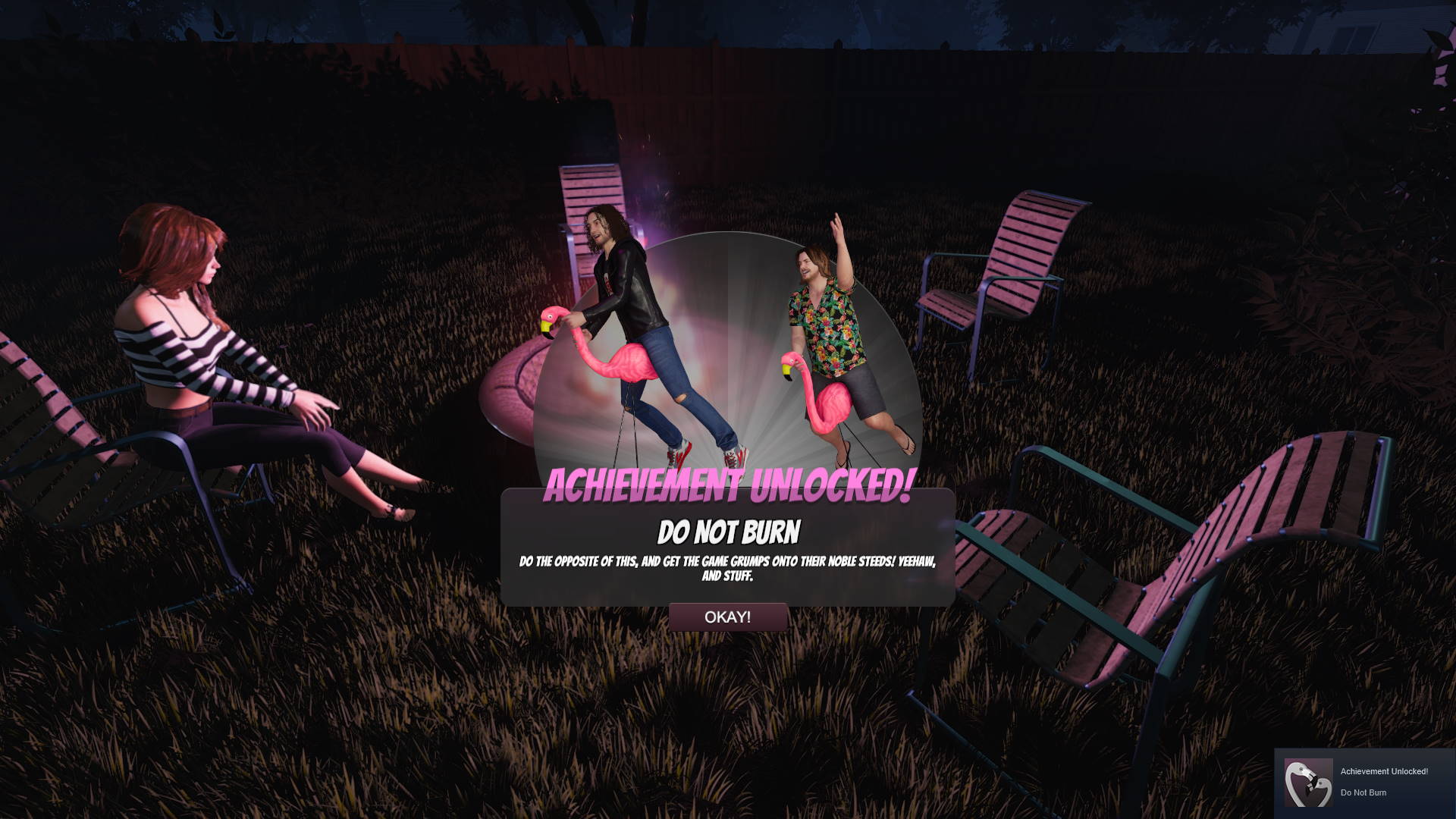 The characters and animations are not ground breaking… but they aren’t quite as bad as they seemed in the still shots. The voice acting I would actually say is quite good and certainly for a game of this genre it’s got some decent talent behind the characters providing some real emotions at times. 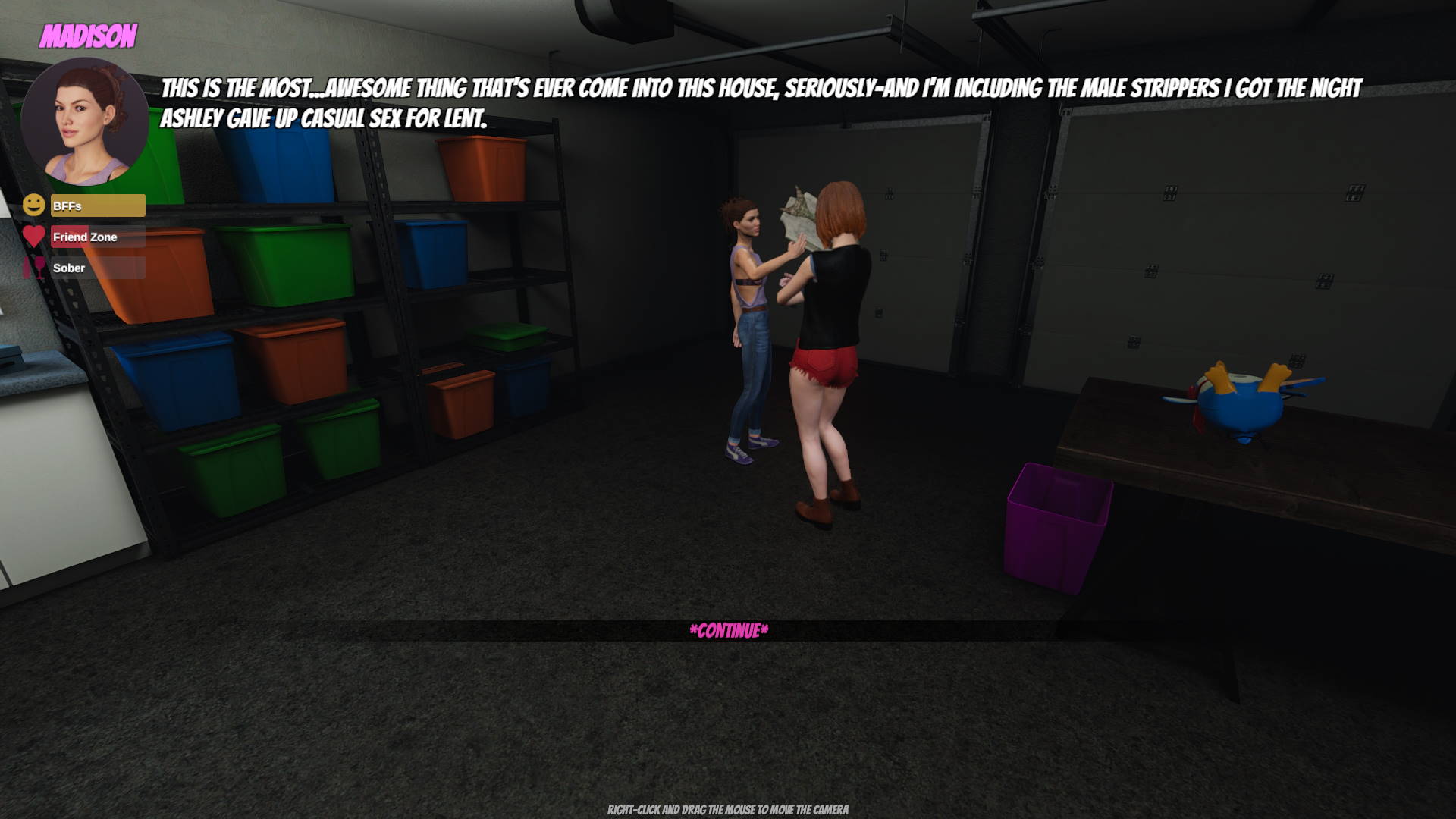 It’s not exactly intellectual… but it’s also not as stupid as many in this genre seem to be. There’s a lot of tongue in cheek (so to speak) and it clearly doesn’t take itself too seriously and I think that’s what makes it far more enjoyable than I thought it would be. It makes fun of itself, of the influences it draws on and the situations it puts you in. If you are going to grab a game with “adult themes” this isn’t bad… and bonus points for not just going with hetero sexuality options!