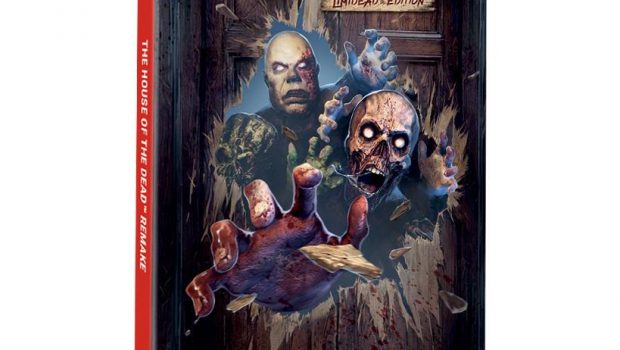 House of the Dead Limidead Edition Review for Nintendo Switch

OK, I know this is showing my age, but I clearly remember throwing way too much money into the arcade machine when House of the Dead made its debut around 1996. A horror based light gun shooter with a fun humorous story, House of the Dead had me hooked and I am more than a little embarrassed to admit, I never finished this game in the arcade; usually due to running out of money. 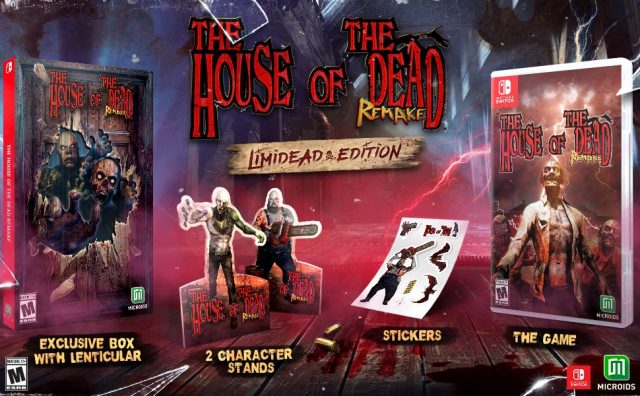 Flash forward to now 2022 (for our readers in the year 3015), and House of the Dead has been made for the Nintendo Switch, giving me a chance to finally scratch that itch and play the game that has plagued me all this time. Has the developer Mega Pixel done justice to the title? Let’s explore that in a little more detail as we explore the Pros and Cons of this release being the Australian release (in case it differs around the globe).

For those who have not been on the planet long enough to remember this game, House of the Dead was a shooter on rails, with zombies and other ungodly creatures trying to eliminate you as you blew them apart just as fast as you could. This is a remake of the title and as far as my memory serves, an excellent copy of the original. The edition I have is the Limidead Edition which came with a Lenticular card and some cardboard props to stand up. Add to that some stickers and you are good to go. 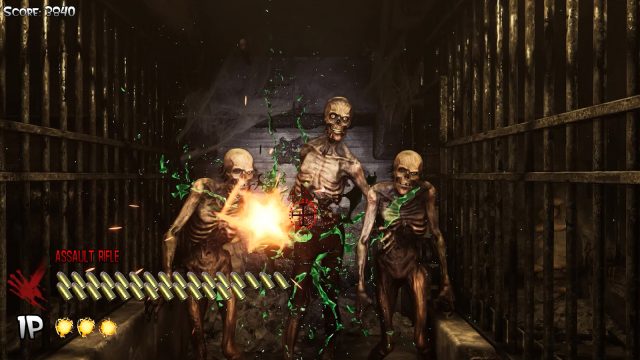 The game has most certainly had a major overhaul in terms of graphics and even though at times parts can feel a little empty, it holds up in either docked or handheld mode. I reviewed the title in handheld (joycons fixed), docked and docked with Pro Controller. The textures of the undead monsters look really neat and with the timing of the game can serve to provide some legitimate, albeit short lived jump scares. Environments look appropriately spooky, in fact I would go so far as to say that the game holds up really well against my rose tinted glasses of times gone by. At no point did the way the game looked put me off playing it.

The soundtrack was also a treat with a redone version of the original with a lot of embellishment thrown in, or you could just play the original score. I listened to the new mix for a while but wanting the nostalgia, I opted for the original for the rest of the game. Weapon sounds and monster noises were crisp and clear adding to the ambience of the title. 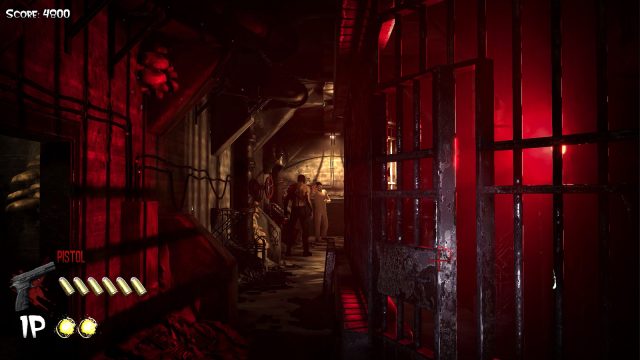 As the game opens you have two players, Thomas Rogan and the enigmatic G that you take control of. Dr Curien, the resident mad scientist has unleashed monsters of the utmost depravity upon the staff of Curien Mansion and the killing has commenced. Guns drawn our heroes make their way in to uncover the mysteries that await and annihilate the creatures within. Sounds fun right? It is! But in my opinion on one condition – you really need a pro controller to get the most out of this game.

The aiming system in the title is pretty ordinary to be kind. I don’t think that the JoyCons were ever really designed to be fast action light guns and despite a lot of tweaking it was next to impossible to keep them calibrated. You could use the sticks for aiming but it equated to using a very glitchy mouse and the gyro function worked in fits and starts without ever staying true. So frustrating! I got my very best results using the Pro Controller with stick and gyro activated. Most of the time the on rails aiming worked with this method. In fact the poor aiming will frustrate most players. Will there be updates to correct this? I don’t have an answer but I think most players will have finished it by then as the title only takes roughly ONE hour to finish in story mode. 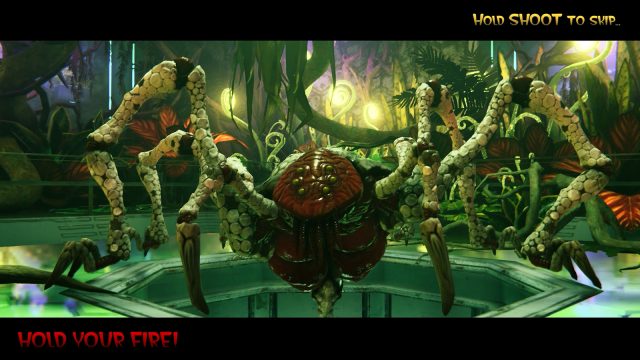 There are so many things to shoot beside the undead that it will take multiple playthroughs for completionists, but I do think most gamers won’t bother without a buddy playing co-op with them. This is only available on one screen but is still a good time yelling and cursing your screen with a friend. As per the arcade original get ready to hear the voice clip “Reload” a lot as you feverishly fire away with no bullets in the chamber. You can turn it off in settings but it does affect the other voices in the game too for some reason.

Does House of the Dead Remake represent good value? I do not believe so at its retail price point of $60 AUD. Most of us will only play the one hour and that is an expensive game for 60 minutes of fun. Add to the short play time the major issues with aiming on a gun game and it is hard to see who will actually think this is worthwhile entertainment. I do find it hard to believe that despite the news they are remaking House of the Dead II, they did not see fit to wait and include both games to give gamers bang for their buck. If this game was $25 I would see it as being a nostalgic trip worth taking. 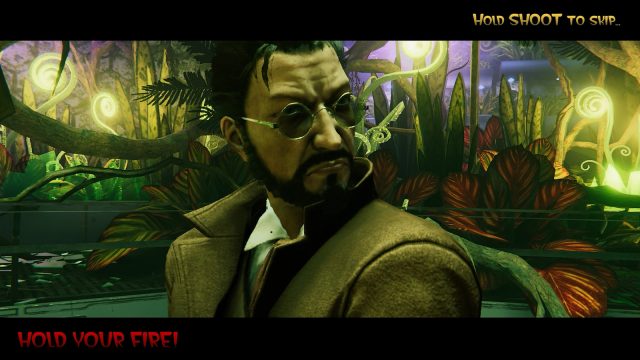 If you want to get into House of the Dead Remake, wait for the price to go down, which it will unless older players like me snap up copies without looking up reviews. There is simply not enough under the hood to make it worth the price of admission and let’s face it, Activision collected Tony Hawk Pro Skater 1&2 together before releasing it, Dying Light and Witcher released on Switch with all DLC. This is just lazy. It was fun though, I have to add that, just not $60 worth of fun.