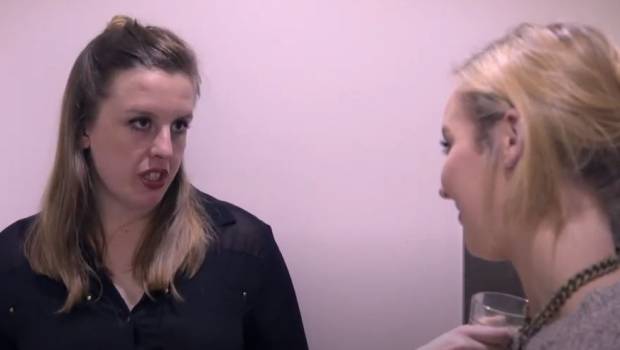 While residing in our current living situations during the global pandemic, it is strange for this critic to review a film like the one in question. Considering the subject matter of a lead character who is socially inept, has short, unsuccessful romantic entanglements, and a career trajectory heading nowhere, it is amusing and ironic that we as people are all involuntarily shoved into a similar position. Nevertheless, the show must go on.

Case in point, the Australian comedy by writer/director Lucy Coleman, Hot Mess (2018). In this critic’s opinion, for a comedy to succeed a filmmaker must convey the storytelling’s situations and themes in in a way that is relatable to the audience. In the film’s defense, the premise looks to be a potential winner. The film is specific to its setting of Sydney, Australia, and the story follows a socially awkward woman struggling to find her true purpose in life. She delves into situations that are universal regardless of gender or language barrier.

Hot Mess follows Australian comedienne Sarah Gaul who stars as Loz. She is a janitor and an aspiring playwright in her 20s who is figuratively stuck in a rut. Her stern mother (played amusingly barbed by Zoe Carides) constantly berates her life choices, her career is aimless due to her controversial writing choices (which is hilariously graphic in a gender-specific fashion), and her dating situation has for over a year been non-existent.

All is lost until she is invited to a party by her best friend, Gen (played enthusiastically by Julia Robertson). In an act of desperation, Loz tries mingling with all the male primates but it all leads to failure. That is until she meets Dave (Marshall Campbell). They immediately hit it off, especially when he reveals his backstory to her, which involves a religious upbringing and marrying at a young age.

The outlook is seemingly bright for Loz but cracks appear when her closest confidants, including fussy theatre-owner, Greg (Terry Serio), and her seemingly well-off friend, Rachel (played sharply by Kendra Murphy), try bringing Loz back down to Earth. But deep down, it is all up to Loz and her journey of self-discovery to find her self-worth.

The comedy also explores social interactions and Coleman perfectly captures the painful anxiety Loz experiences, especially in a scene where she socialises with Dave’s circle of friends, which involves jibes at misogyny and an unintentionally racist joke. It all sounds genuine in the way that ensures the characters as portrayed as human and not obvious screenwriter constructs.

Another reason the film succeeds is the quality of the performances. Campbell is great as the flirtation device known as Dave. He displays an appealing slacker-vibe charisma that makes it easy to believe that Loz would fall for him and realise that something is not quite right with their compatibility. The real find is Gaul, who delivers a fantastic performance as Loz. She delivers the comedy and heart with aplomb without falling into the trap of hiding behind a comedic persona but instead truly inhabits her character.

The final reason why Hot Mess works is because it is written and directed with an assured hand by Coleman. The delivery of the comedy is mostly improvised but never droning or tedious, thanks to tight editing by Lara Benwell and Rolando Olalia. Similarly, the humour is refreshingly frank and resists shock value, while the characterisations are amusingly exaggerated and never at the expense of believability. All of this is held together by Coleman and her remarkable sense of storytelling that successfully balances comedy, sweetness, and drama.

Overall, the quality of Hot Mess is thankfully unlike its title. It is a wonderful comedy that provides a great showcase for writer/director Lucy Coleman and her lead actress, Sarah Gaul. Highly recommended.