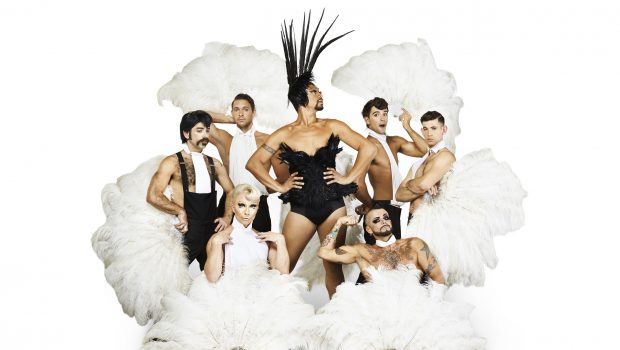 Calling out the patriarchy, shattering preconceptions of colour, and having a riotous time in the process

Packing a potent punch with hip hop politics, the Honeys will make you laugh until you cry, clap until your hands bleed and shake every part of what your mama gave you. This posse of phenomenal women smash stereotypes, remix the system and dare to celebrate our similarities and differences.

After dazzling sell-out runs in Berlin, London, Paris and Glastonbury, Briefs returns to glitter bomb with a splash of Christmas cheer at Arts Centre Melbourne’s Fairfax Studio from 13 to 18 December 2016. Glamorous host Shivannah will guide the audience through a jaw-dropping, eye-popping evening of extravagant birdbath boylesque, too-close-for-comfort yo-yo tricks, valiant aerial acrobatics, irreverent interludes and show-stopping drag artistes. The cult Australian boylesque sensation is delighted to be back on home turf with more circus, more comedy, more disorder and more burlesque… with balls!