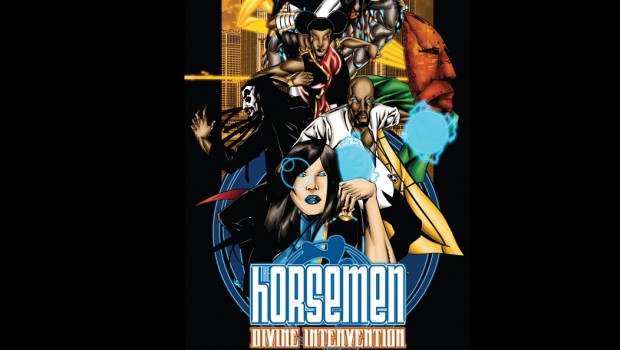 Summary: The story of 7 divine warriors and their attempt to save the world amidst chaos and strife

A few years back a number of folks read up on the Mayan calendar and surmised that the world was going to end or rather change, in a certain year on a certain date. Their hopes and fears not withstanding it didn’t happen and the world spun on. But what if it didn’t, what if the world did change and before that change a group of divine horsemen came to usher in its end?

The Horsemen Divine Intervention is a tale of 7 Immortals that have come to earth with the purpose of saving humanity from itself. All the corruption depravity and hatred will be brought to the fore, measured and found wanting. However in the midst of all of this there appear to be some humans with pure souls destined for great thing and they will be given a choice in the coming war for humanity. The Horsemen does a great job of introducing the it’s main characters with a successful sequence of events starting with the kidnapping of the mayor of Detroit and ending in a blood bath.

The characters of Shango, Eshu, Ogun, Oya, Oshun, Yemaya and Obatala (who has been gender swapped to female for this story.) are beautifully drawn and characterized according to their personas in the Ifa pantheon. The issue with this is the fact that a bit of familiarity with the west African spiritual tradition maybe required to understand the details of the these beings.

That notwithstanding the scenes featuring the enforcers of divine will is exciting and action filled, with little dialogue on their part which adds a welcome bit of mystery to them. This is most definitely a story of the human spirit, with characters like the general representing its horrible parts and characters like the young woman representing the hope for the future.

The Horsemen Divine intervention gets a 4/5! 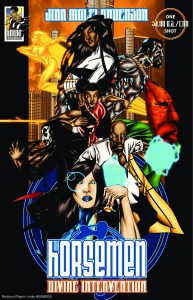