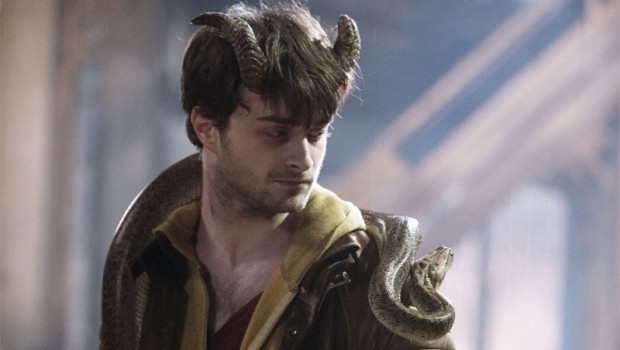 Summary: Horns is a limp adaptation of material that deserved better

Movie adaptations of books are chancy things.  Compressing 400 pages into two hours often risks gutting the very things that made the work attractive in the first place, not to mention outraging the fans, especially in the social media age we live in.

Look at Stephen King for a moment.  The movie versions of Carrie, The Shining and The Dead Zone are excellent adaptations of the central themes of each of those books, even if King has long been derisive of Kubrick’s work on The Shining.  Later efforts, particularly in the 1980s (hello Maximum Overdrive) were pure cash ins with very little merit to them at all.  However, in the hands of a director sensitive to the material, Frank Darabont for instance, and suddenly we had a resurgence in the 1990s of King material being fashioned into hugely popular films. 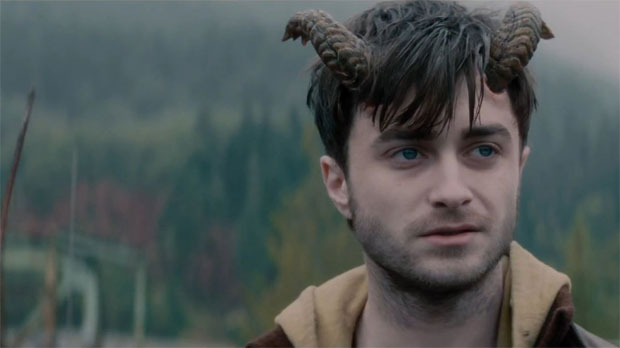 Horns is adapted from the book of the same name, by Joe Hill.  Hill is one of Stephen King’s sons, only recently arrived to the horror-writing field.  Hill has a comic series, Locke and Key, a collection of short stories, and three novels to his name, so his output at the beginning of the career is on the road to matching his father’s.  And like his father, he is adept at marrying the everyday with the horrific.

Horns is the story of Ig Perrish, (Daniel Radcliffe) accused of murdering his one true love, Merrin Williams (Juno Temple).  After a night of morose drinking and sex, he discovers that horns have begun to grow from his head.  At first frightened by this discovery, Ig soon learns that those he meets feel compelled to tell him their deepest secrets and act on them.  As the movie progresses, Ig uses this dark power to his advantage, which helps solve the riddle of who actually killed Merrin.

The major problem with Horns is tonal.  The ovie never really gets the chance to setttle on one tone, instead opting for a mix and match approach that kills momentum and undercuts the drama inherent in the storyline.  Some scenes come straight from the bawdy comedies of the 1980s, like Animal House.  This despite the movie opening with Ig, accused of murder, on the run from the media and only one step ahead of the law.  Then there are moments of sadness, where Ig reflects on the life he had before Merrin’s death, oddly juxtaposed with some campy fun involving nudity and comedic interludes.

This tonal variety is picked up on by some of the cast in the behind the scenes featurette, were they mention love story, comedy, horror and mystery as the different elements making up the movie.  Properly blended together, these elements could make the movie work in a way that complements each.  Instead, there is very little in the way of attempting to create a coherent movie from them, fatally undermining the viewing experience.

It’s only towards the end of the movie that the tone darkens measurably and the film begins to approach coherence.  But the momentum has been lost before it really began, and the movie very much feels like a hotch potch of different scenes from the book strung together with a view to the running time.  Even then, when Ig decides to use his powers to enact a measure of revenge on those who could’ve done more to save Merrin, some scenes are cheap and petty and detract from the mood.

The characterisation of the cast is also very very thin.  Cast flit in and out without any real impact.  Heather Graham is completely one note and used only as eye candy, which is a crying shame.  Also missing out is Juno Temple, whose appearances in the flashbacks as the older Merrin don’t do justice to her obvious talent. 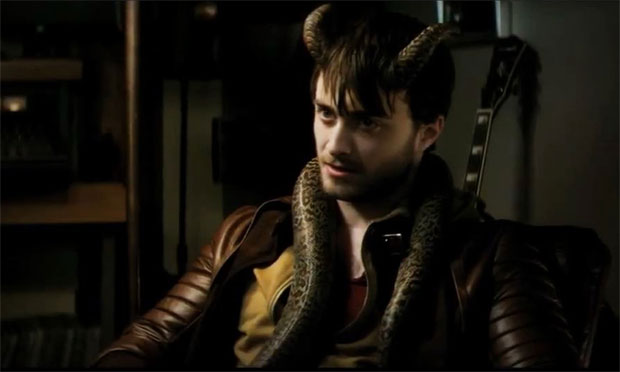 The younger versions of the adults shown in the flashback scenes are often more appealing than their adult versions.  The younger Merrin (Sabrina Carpenter) does deserve special mention for her winning, touching performance.  Only Radcliffe and David Morse (Dale Williams, Juno’s father) shine in their roles, bringing sensitivity to their portrayals.

The muddled tone and the lack of momentum undermine the movie very much.  The final scene, where Ig comes into his own as he embraces his demonic gift is a missed opportunity.  There’s no dark grandeur in what he has become, only a pedestrian depiction of his final vengeance that limps to a finale unworthy of the material.

There is a decent movie struggling to emerge from the morass.

Radcliffe shines in this role, displaying real anguish and loss he feels at the murder of his Merrin.  That said, Radcliffe risks getting lost in the horror genre ghetto (see The Woman in Black) and should perhaps turn his attention to something more mainstream lest he be typecast.

The movie itself looks wonderful, taking full advantage of the somber locations in the British Columbia.  Forests and clouds and mountains and the brooding ocean all add more character to the movie than do most of the cast.  In the end, although the movie is somewhat entertaining, it’s just not very good.

Overall:  limp adaptation of material that deserved better.  Radcliffe and the cinematography elevate the movie far above what it really deserves.  There is some decent humour in it, and some special effects to titillate the gore hounds, but overall, disappointing.  For all the life Joe Hill brought to the characters in his book, the movie is a limp affair.  2/5

Extras:  Horns – Behind the Scenes.  Standard behind the scenes look at the making of the film.  All of the participants, in front of and behind the camera are given the opportunity to have their say.  The most interesting aspect is the short discussion about the mixed tone to the movie.  While the actors embrace the variety, its telling that none seem to see how haphazardly these elements are handled.  4/5

Visual:  5/5 – the scenes in the forest are shot with a fairy tale like feel, while the location shooting itself makes wonderful use of the sombre tones

Audio: 5/5 – crisp and clear, the audio comes through very well in your reviewer’s setup. 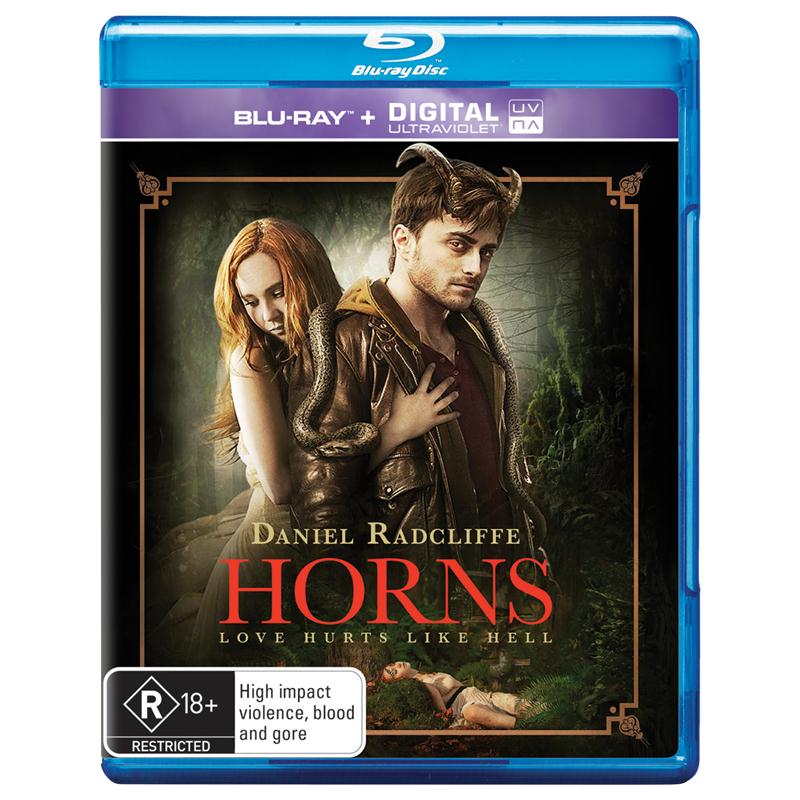