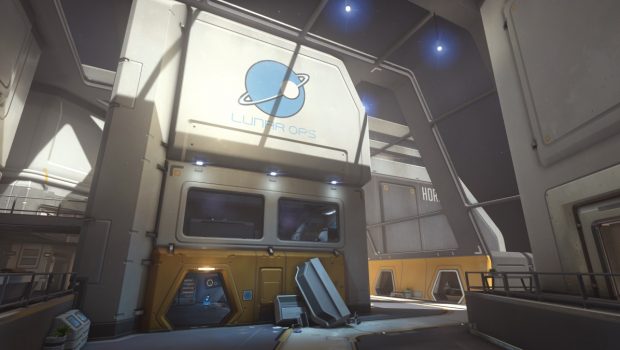 Horizon Lunar Colony is an Assault map set in a scientific base on the moon. Built as a first step towards humanity’s renewed exploration of space, the colony’s goal was to examine the effects of prolonged extraterrestrial habitation—on human and ape alike. The scientists’ research proved incredibly promising…until, suddenly, all contact and communications with the base were lost.

Now, many years later, attacking and defending teams must return to the moon and battle for control of the colony’s facilities, all while they discover clues as to the fate of its previous inhabitants.

For more information about Horizon Lunar Colony, as well as the latest PTR patch notes, please visit our blog post.