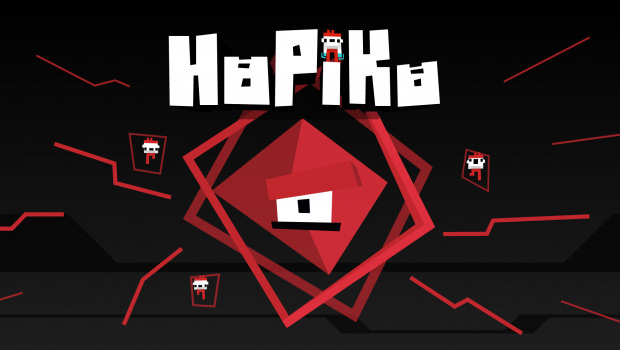 Summary: HoPiKo is challenging and moves at a lightning pace, although it can't escape the fact that it feels more like a game you'd play on your phone than on a console.

HoPiKo is a fast and furious speed run platformer game with very old school roots. There’s the simple yet gorgeous pixel graphics, the chip tune soundtrack and of course, a brutal learning curve that will elicit screams of despair and delight. It was originally released as a mobile title and is now one of many ports that suits the Switch’s portability. However, the Switch isn’t hurting for quality platform games. Is there enough to HoPiKo to recommend? 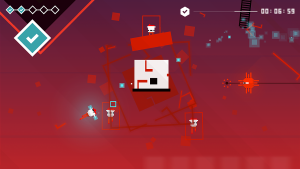 Just like platform games from the 8-bit and 16-bit era, HoPiKo barely has a plot. In fact, you’ll learn more about the plot from reading a synopsis online than from actually playing the game. Just like how things used to be with manuals in the 80s and 90s. An evil virus called Nanobyte has ruined gaming by enslaving HoPiKo’s, who live and work inside gaming consoles. Enter your HoPiKo. With your trusty Power Gloves it is your job to destroy Nanobyte and free the poor captive HoPiKo’s.  That’s it. There’s nothing to it and there doesn’t need to be anything to it. The gameplay is where HoPiKo succeeds and fails. 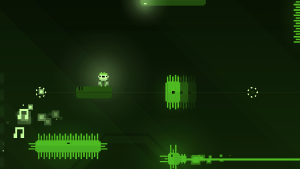 The objective of HoPiKo is to navigate your character through a variety of obstacles before launching yourself at Nanobyte end the level. Each level is divided up in to 5 sub-levels. If you die you are sent back to the first sub-level no matter where you are. This sounds frustrating but each of the sub-levels are less than 20 seconds long. Granted it is frustrating to die on the last sub-level and have to start all right back at the beginning, but it doesn’t take long to get back.

The controls for HoPiKo could not be more simple. Your character can jump. They can jump in a direction you aim at with the analog stick, or they can jump straight forward. Simple controls do not make for a bad experience though. Obstacles quickly ramp up the difficulty. What starts as just aiming yourself to a variety of platforms changes in to platforms that spin you around, that explode and various other little tricks designed to delight and infuriate. You will also have to dodge Nanobytes virus enemies, whose moves range from simple horizontal or vertical to the diabolical homing missiles that will have you scrambling to make the next leap. 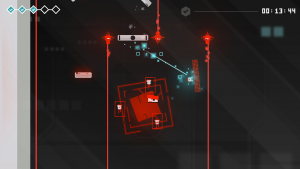 HoPiKo is fast. Very, very fast. If you sit at a platform too long you will almost certainly die, punished for your inability to make snap decisions. There is something very satisfying about finally figuring it out and zipping through all 5 sub-levels in record time. On the flipside there will be many failed attempts, and your enjoyment will be derived from how much you get out of replaying levels over and over again.

If you do not enjoy that sort of thing, you will not enjoy HoPiKo. It is a game that starts at a moderate difficulty and then very quickly leaps to insane. There are over 100 levels to test your skills and they will be thoroughly tested. Each sub-level becomes a micro puzzle on amphetamines, as you rack your brain to figure out how to get through as quickly as possible. This makes HoPiKo very much a game that is not for everyone. It is very accessible. Almost anyone could pick up and play and understand it immediately, but this does not mean everyone will pick it up and enjoy it. Your tolerance for punishment has to be very high, which could drive away the more casual gamer. 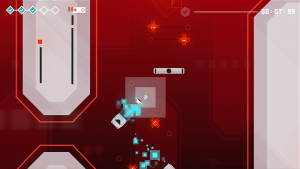 Ultimately the biggest problem that HoPiKo faces is that it feels very much like a mobile game. Something you can play for 10 seconds on the bus before putting in your pocket and forgetting about it. While the Switch is portable it also includes games like Super Mario Odyssey or Celeste that can also be played in short bursts. Nothing about it screams that a console port was necessary. In many ways playing it on a console highlights that it would seemingly be more fun on a phone. There’s stuff to like in HoPiKo and there will certainly be a crowd of masochists that the challenge appeals to. Unfortunately it feels a little too slight to wholeheartedly recommend.