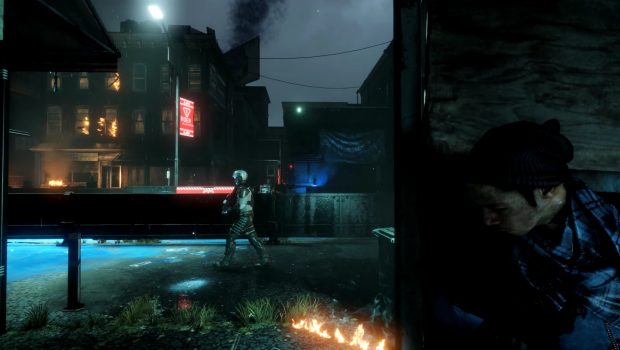 Summary: The Revolution wants to Make Homefront Great Again but fails to shed the fact it was only ever mediocre to begin with.

The premise of Homefront: The Revolution is simple: a united Korea has invaded the United States and the player has to fight back in order to make America great again. It’s not an uncommon sentiment—this kind of fear permeates contemporary American politics and has allowed xenophobic rhetoric to secure Donald Trump a Republican nomination; closer to home, this fear of ‘the (Asian) Other’ is the foundation for the Australian book series and its recent TV adaptation, Tomorrow, When the War Began. 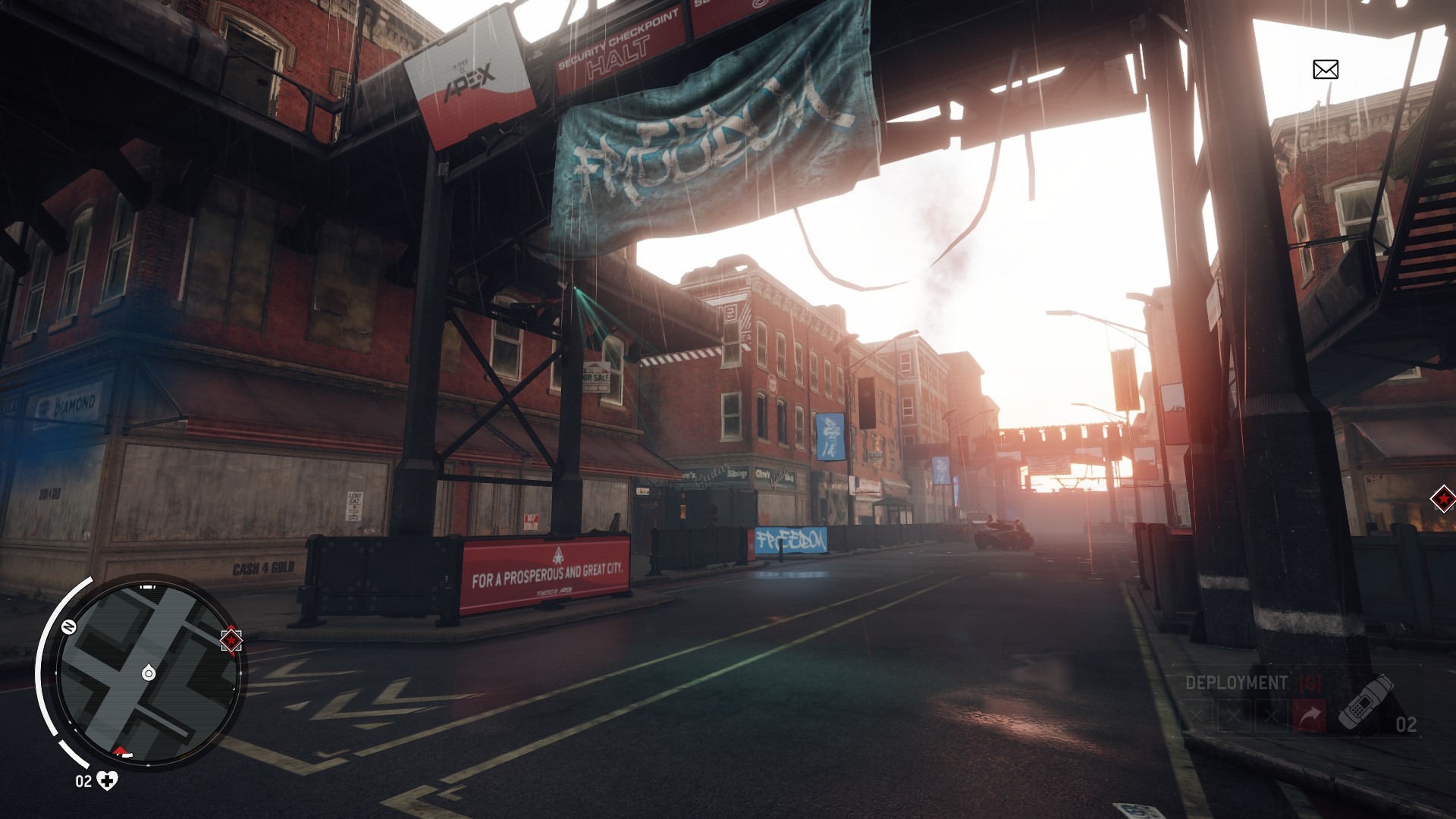 Make America Great Again is not an unfaithful paraphrase of the sentiment that Homefront: The Revolution’s Resistance embodies. The underlying principle is that Americans deserve their freedom because they are a strong, powerful nation and being under the boot of these foreign aggressors is the ultimate injustice. But this logic is a complete fallacy: in Homefront: The Revolution’s alternate history timeline, North Korea (now known as the Greater Korean Republic) is a technological powerhouse; its super-company, APEX, is an amalgamation of Apple, Google, and also serves as the biggest and most advanced arms manufacturer in the world. While North Korea is busy creating the technological future, Homefront’s America is still participating in dodgy overseas wars and driving up their military costs. The opening video suggests nothing great about bullying small nations with somebody else’s fancy military technology.

And then, when America defaults on its absolutely enormous debts—a not so subtle reference to America’s role in the Global Financial Crisis—North Korea sends in the Korean People’s Army (KPA) to install an administrative government so the nation can stop burning through money it doesn’t have on wars it shouldn’t be fighting. 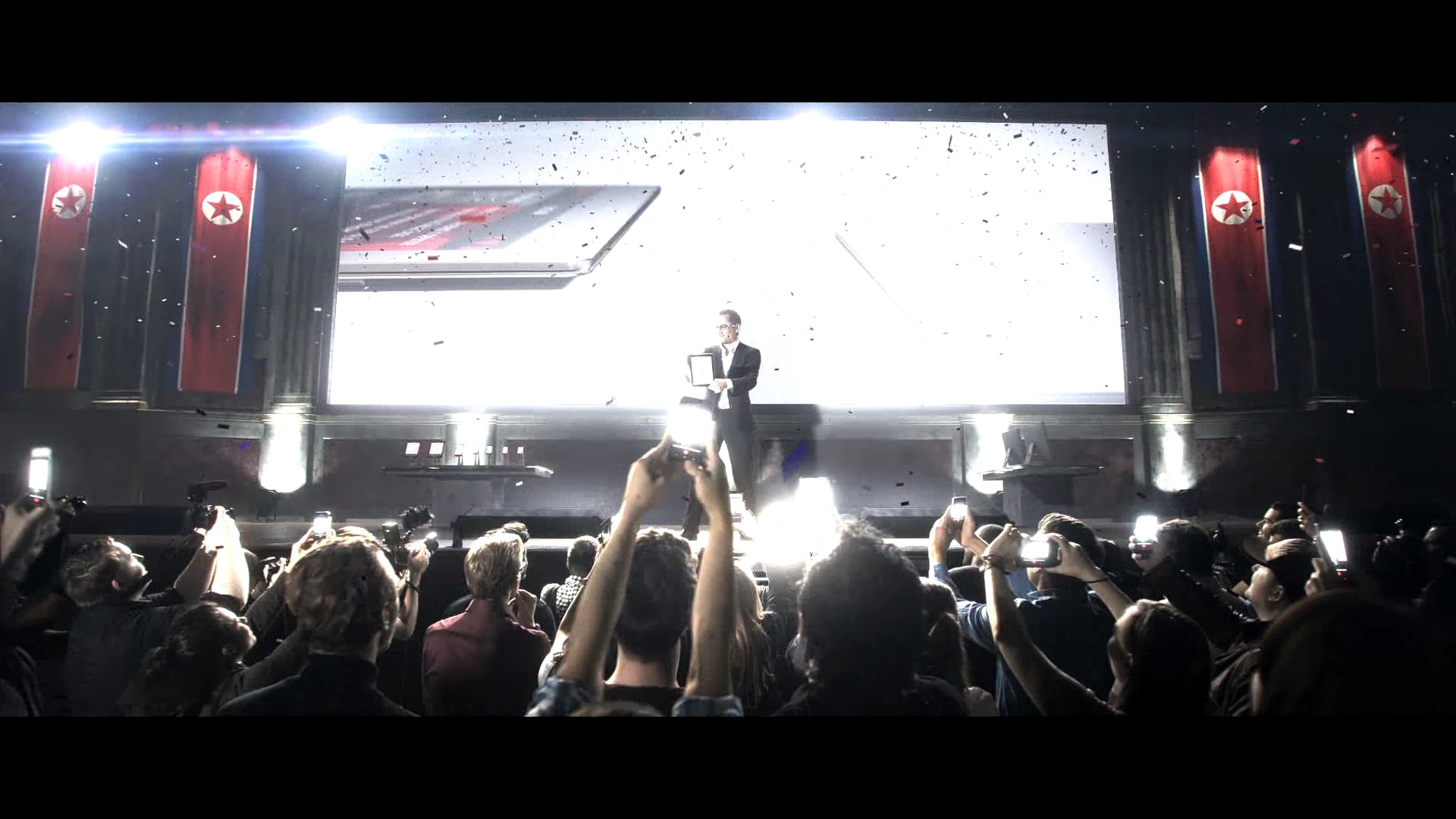 So if America isn’t great, there needs to be an alternative reason for the titular revolution. Unsurprisingly, the result here is that the KPA soldiers are depicted as a malicious, faceless army while American collaborators with the new regime are diabolical traitors. Case in point: Homefront: The Revolution almost immediately opens with a torture scene where the protagonist, all-American Ethan Brady, has to watch two of his fellow ‘freedom fighters’ murdered in cold blood.

This is meant to convince the player that these are the bad guys; there’s no way that a system that supports people like that can be inherently good, and so the Resistance is the only logical choice. But after this opening section—in which Brady escapes from KPA forces and heads back to find a Resistance hideout—culminates in almost-torture at the hands of the Resistance itself. Brady, having escaped the frying pan, narrowly avoids having strips cut off him and tossed into a fire. 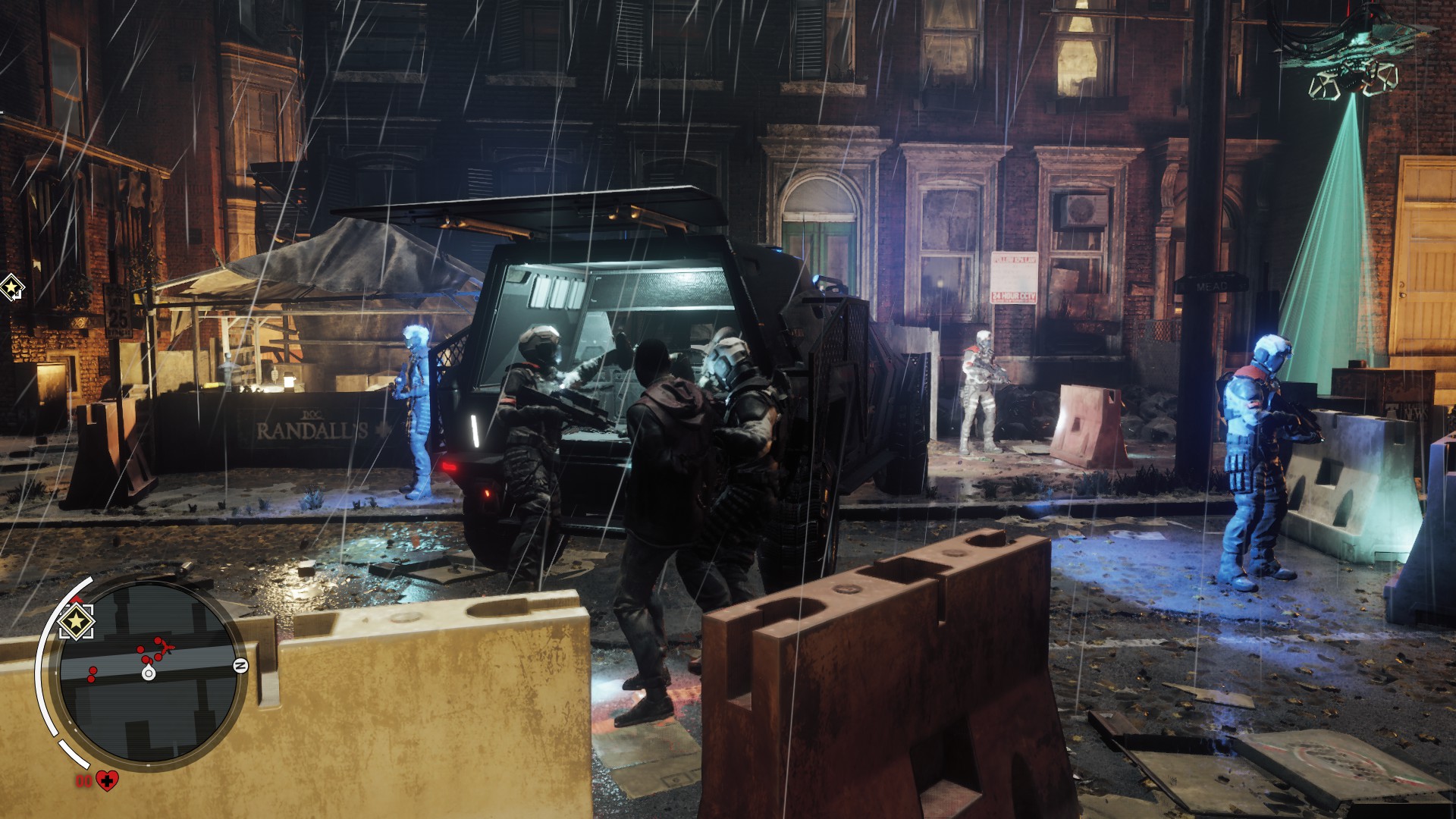 There is nothing admirable about the Resistance. At all. That half of the first six Resistance members Brady meets want to torture and execute him does not reflect well—again, how can a regime that allows such people to flourish be inherently good? This, of course, does not deter action-hero Brady as he begins to single-handedly dismantle the KPA foothold in Philadelphia. While whispers from Resistance members—which question the validity of risking lives to rescue Resistance figurehead Ben Walker—reveal a more nuanced argument to be had, Brady is unquestioning loyal to The Cause. Even when only-sane-man Dr Sam Burnett warns that inciting civilians to riot in order to help the Resistance is a bad idea that will result in countless causalities, Brady carries on—and seeing a room full of civilian corpses that he is practically entirely responsible for does nothing to dissuade him from following orders.

After completing some arbitrary tasks within one zone of occupied Philadelphia, a ‘Hearts and Minds’ score increases to max. This is how the player knows that the people are beginning to side with the Resistance in this area and that it is time to broadcast a message, ostensibly of hope but functionally of violence. This triggers the event where civilians in this area rise up. But when you walk through these areas after you have helped the people to liberate themselves from the shackles of the KPA, it’s not a region of peace or unity. Civilian property lies destroyed and burning, as people continue to smash things up with baseball bats. If this is what the Resistance sees as progress—let alone a possible end goal—then they are unarguably worse than the KPA. 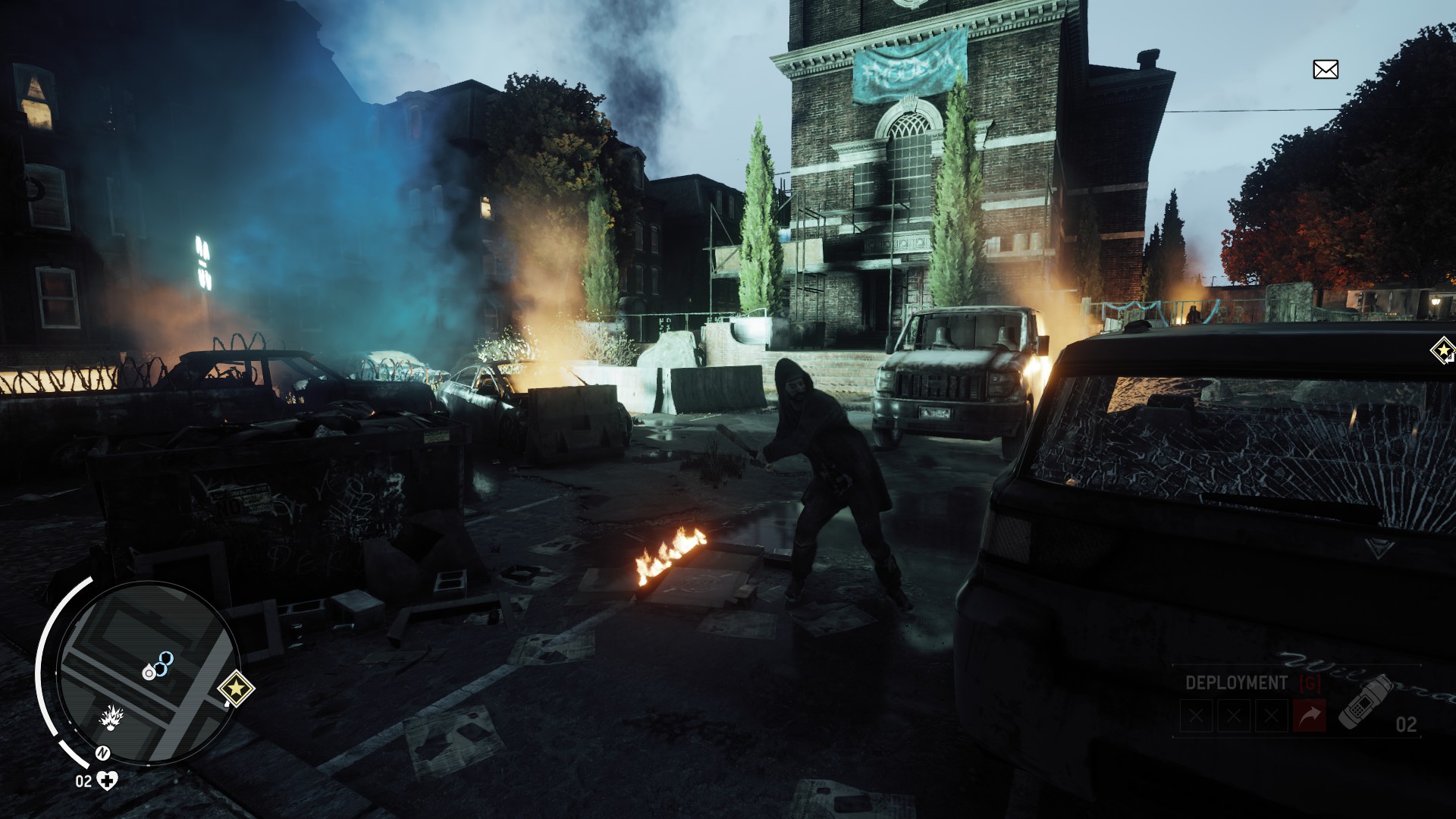 Part of the problem is that the player has no agency in directing how the Resistance behaves. Brady becomes this all-powerful tool of destruction and yet, even as I listen to Dr Burnett say incredibly logical things and give advice I wish to take, all I can do is help Brady incite anarchy and commit violence. Even though I can see disaster looming, all I can do as a player is go along for the ride.

There is this concept that I’ve run into a few times: any attempt to depict conflict—even in an attempt to critique it—inadvertently glorifies it. I cannot even guarantee that Homefront: The Revolution even intends to critique anything, but it still seems to buy into the jingoism and chest-beating of mighty military America. 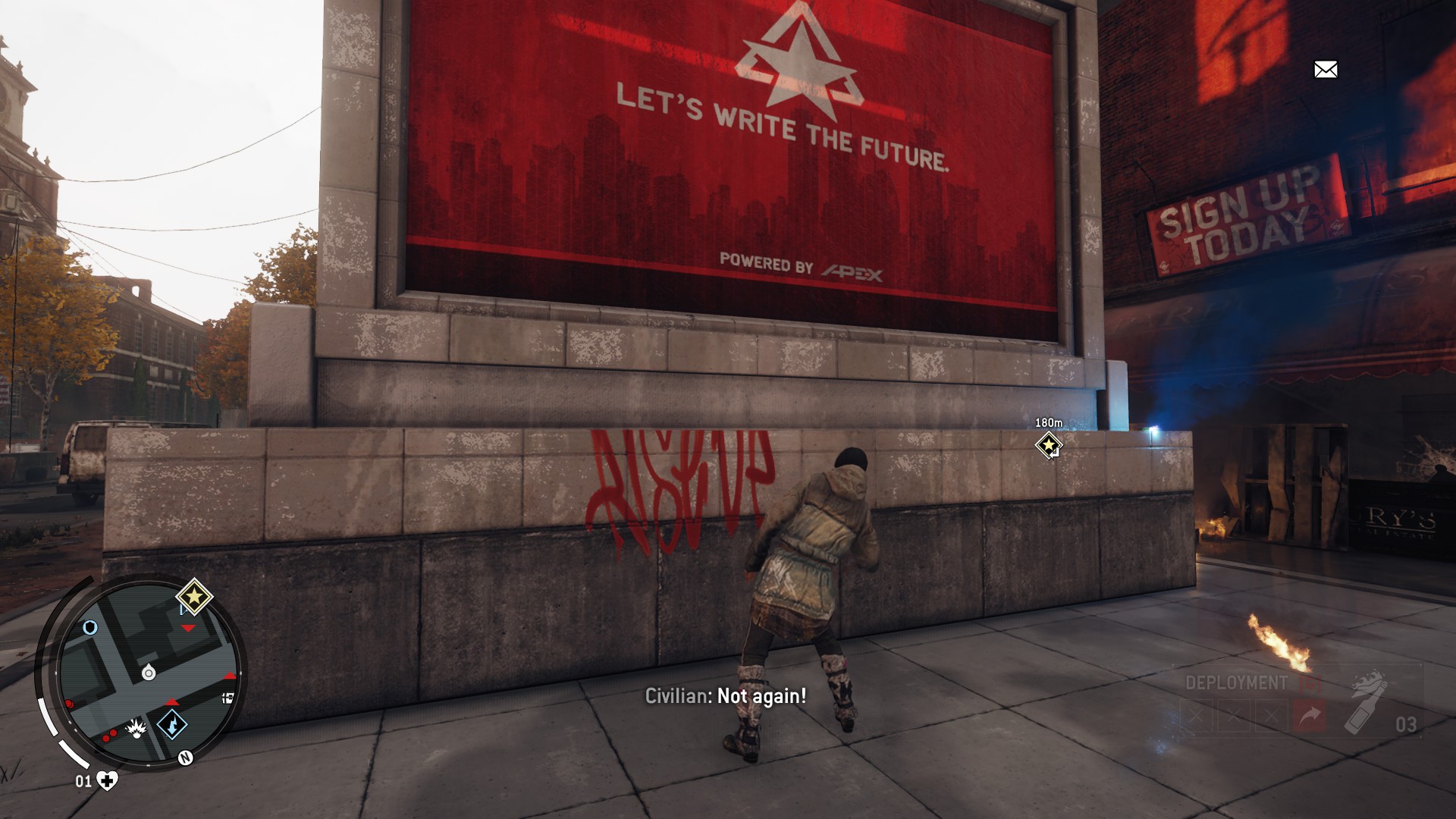 The lack of self-awareness is what gets me the most, though. The Resistance Radio announcer has a bit where she talks about the KPA soldiers: because of auto-translation software built into their helmets, the soldiers become this faceless army that speak with a single voice. The announcer says that this is a deliberate decision made by the KPA so that they appear dehumanised; they become ‘worker bees’ that must be obeyed. But that’s nonsense—worker bees do not have any authority. The KPA soldiers, in being faceless and having a single, false voice, are actually dehumanised—but it is so that Brady and the Resistance can indiscriminately murder these people, who likely have families and are doing their job in trying to maintain order in a chaotic tantrum-throwing America, without feeling any remorse. The KPA are designed this way so that the player will buy into the story that these bad guys took away America’s freedom, as if America had no part to play in its own demise.

If Homefront: The Revolution is about anything, it’s about the lies we tell ourselves and each other to further a cause. It’s about making America great again by committing gross acts of terrorism. It’s about taking back what’s yours by right by pretending your debts no longer apply. And it’s about drumming up support for the gritty, underdog, rebels-with-a-just-cause Resistance despite them having an abundance of resources, a lack of concern for the safety of civilians, and no true cause to begin with. 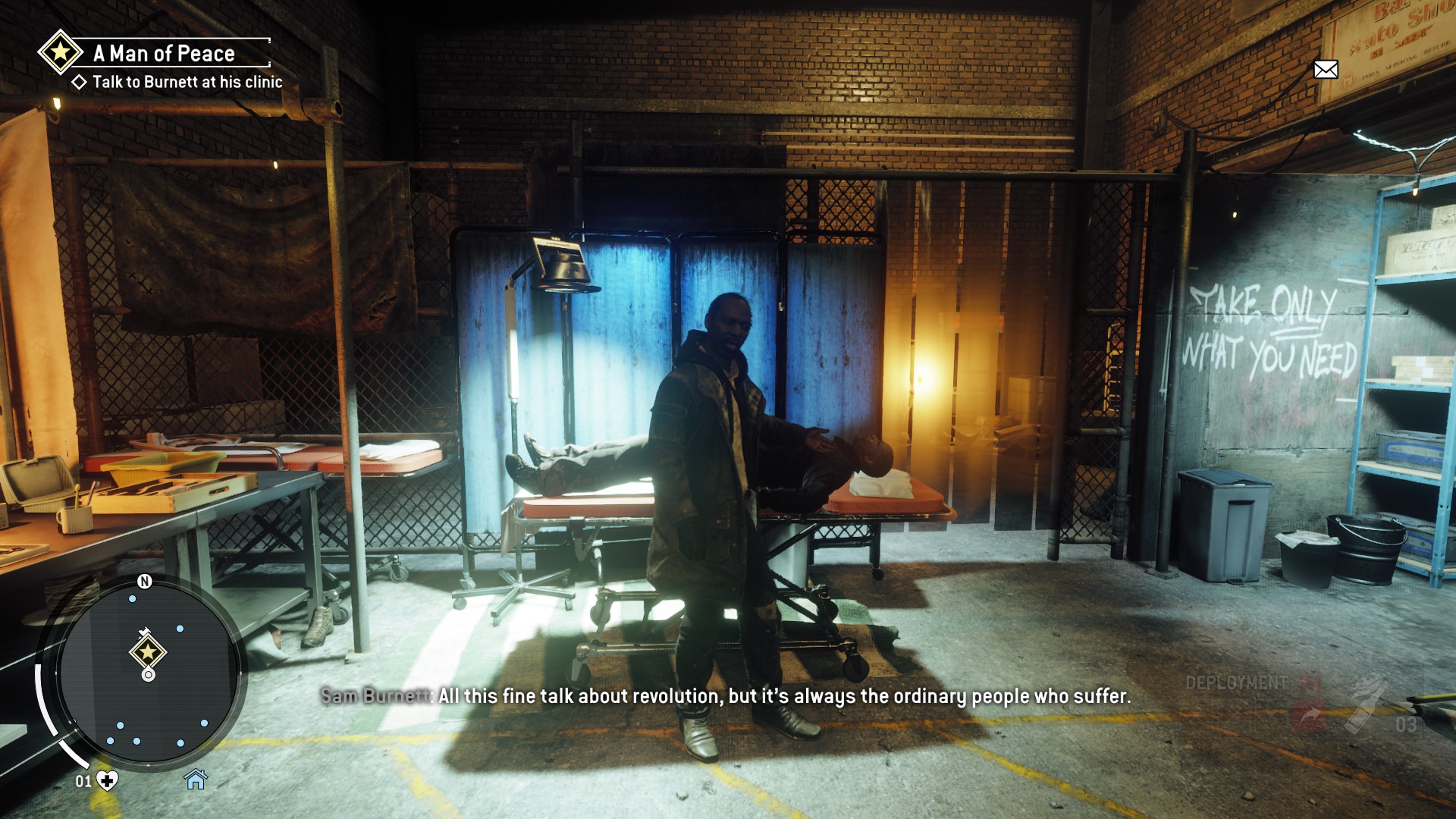