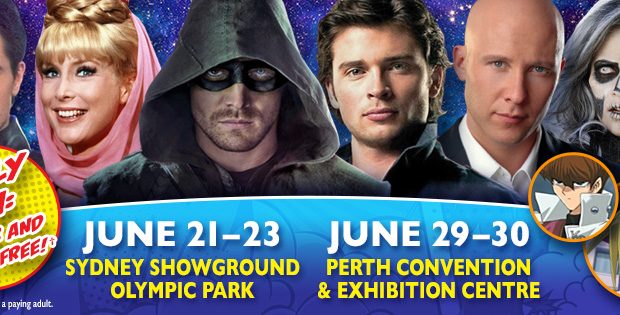 The classic ‘60s nostalgia continues, with Eden joined by Barbara Feldon, aka Agent 99 from the original Get Smart series, and Dawn Wells, famed for her portrayal as Mary Ann Summers on Gilligan’s Island.

A voice acting legend who has had a role in every Disney animated film since 2012’s Wreck-It Ralph, and starred in Rogue One: A Star Wars Story, is convention favourite and Firefly actor Alan Tudyk, who returns to Supanova after recently appearing as Mr. Nobody on DC’s Doom Patrol and an upcoming appearance as Iago in the upcoming live-action remake of Aladdin.

Unfortunately due to a new film, previously announced guest Lindsey Morgan (The 100), who was slated to join the June tour, has had to postpone her appearance.

Other guests scheduled to attend include:

Amanda Bridgeman (Author of The Subjugate, the Aurora series)