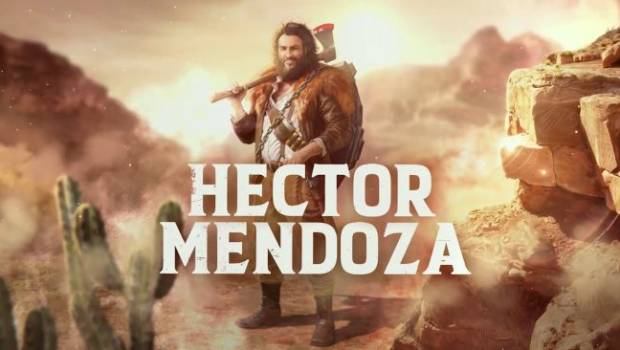 Is it a man or is it a bear? Hector Mendoza’s sheer force makes him a fearsome opponent for all the gangsters in Desperados III. He wears a cruel axe to … well, better see it for yourself. Also, he lays out his beloved bear trap Bianca, where his opponents can step in and … well, better see it for yourself. And if these elimination methods are still not effective enough for you, Hector also has a sturdy shotgun with the ability to take out multiple targets with one blast.

Developer Diaries
Interested in some backgrounds of Desperados III development and the people bringing it to life? Check out the new series of developer diaries from Mimimi Games, where the team speaks about their motivation, methods, goals and fun.

The physical side of things always gets some love from everyone at THQ Nordic and has been up and running for quite some time. The Collector’s Edition is available for pre-order now from EB Games in Australia and comes in hot at an SRP of $199.95 (PC, PlayStation®4 and Xbox One™).

Check out our entire vendor’s tray over at the pre-order website: https://desperadosgame.com/#order-here

Desperados III is a story-driven, hardcore tactical stealth game, set in a ruthless Wild West scenario. In this long-awaited prequel to the beloved classic Desperados: Wanted Dead or Alive, John Cooper will join forces with the runaway bride Kate, the shady hitman Doc McCoy, the giant trapper Hector, and Isabelle, a mysterious lady from New Orleans. On Cooper’s quest for redemption, his adventures lead him and his gang from rural towns, over swamps and riverbanks, and finally to a dramatic showdown worthy of Wild West legends.

Play smart if you want to succeed. A good plan can make the difference between survival and finding yourself at the business end of a pistol. Combine your team’s special skills to overcome each tough challenge in your own style.