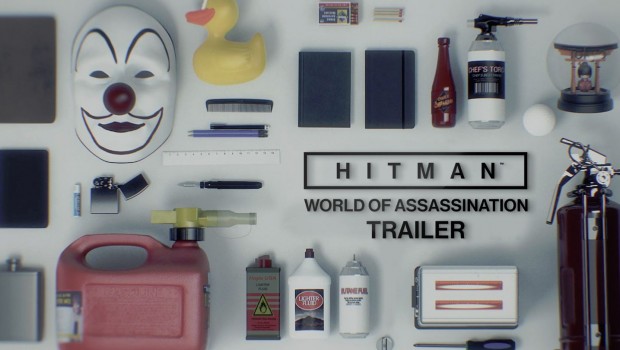 SYDNEY, 4th February 2016 – Pre-orders for Io-Interactive’s much anticipated new HITMAN™ game go live again today. Players will be able to pre-order the ‘Intro Pack’ or the ‘Full Experience’, both of which will guarantee access to the upcoming beta.

A new trailer titled; ‘World of Assassination’ has also been released by the studio today. The world of assassination is a place of hidden violence, secret deals and bloody murder. It is the world where agencies such as the ICA work in the shadows to bring balance – it is the setting for past, present and future Hitman games.

HITMAN will launch on March 11th for the PlayStation®4 computer entertainment system, Xbox One, the all-in-one games and entertainment system from Microsoft, and Windows PC. The HITMAN beta starts on February 12th through February 14th on PlayStation 4 and February 19th through February 21st on PC. Players can guarantee access to the beta by pre-ordering the Full Experience or the new Intro Pack. All pre-orders will also include the ‘classic’ REQUIEM pack which includes exclusive in-game digital items inspired by Hitman: Blood Money including the Requiem Legacy white suit, Blood Money shirt, tie and gloves, silenced ICA-19 chrome and white rubber duck explosive.

PlayStation users exclusively will also gain access to The Sarajevo Six. 6 Bonus Contracts, one of which will be released with each location and sees Agent 47 travel the world in pursuit of six former members of a paramilitary unit called CICADA in this self-contained side-story exclusive for PlayStation 4 users.