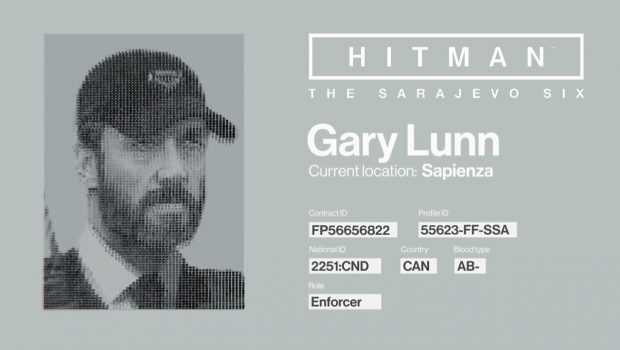 The second target from The Sarajevo Six is available with the launch of Episode Two.

Gary Lunn, also known as “The Enforcer”, has been located in Sapienza where he is currently working at the Ether corporate bio lab, supervising high level security efforts. Lunn is a highly trained professional and can most likely be found moving around Villa Caruso or the bio lab.

PS4 players get exclusive access to The Sarajevo Six. These are six bonus contracts that tell a self-contained side-story revolving around former members of a paramilitary unit called CICADA. Agent 47 will travel the world in pursuit of his targets, with one bonus contract available in each location from the game.

Visit hitman.com for more information on HITMAN and the Sarajevo Six.