Summary: Hitman provides something for both veterans newcomers alike!

The elite assassin, Agent 47 is back once again with the latest instalment of the stealth-action adventure series – Hitman: Intro Pack. This time, though, 47’s story unfolds in the form of episodes, with the first chapter featuring two tutorials and an assassination mission set in Paris, France.

Serving as both a prologue and a sequel to 2012’s Hitman: Absolution, the introduction, set in a training facility on a boat in Sydney, is primarily a tutorial for those unfamiliar with the series. Generally, it’s here where you get to grips with the gameplay mechanics, learn how to incapacitate guards and disguise yourself as you hide bodies. 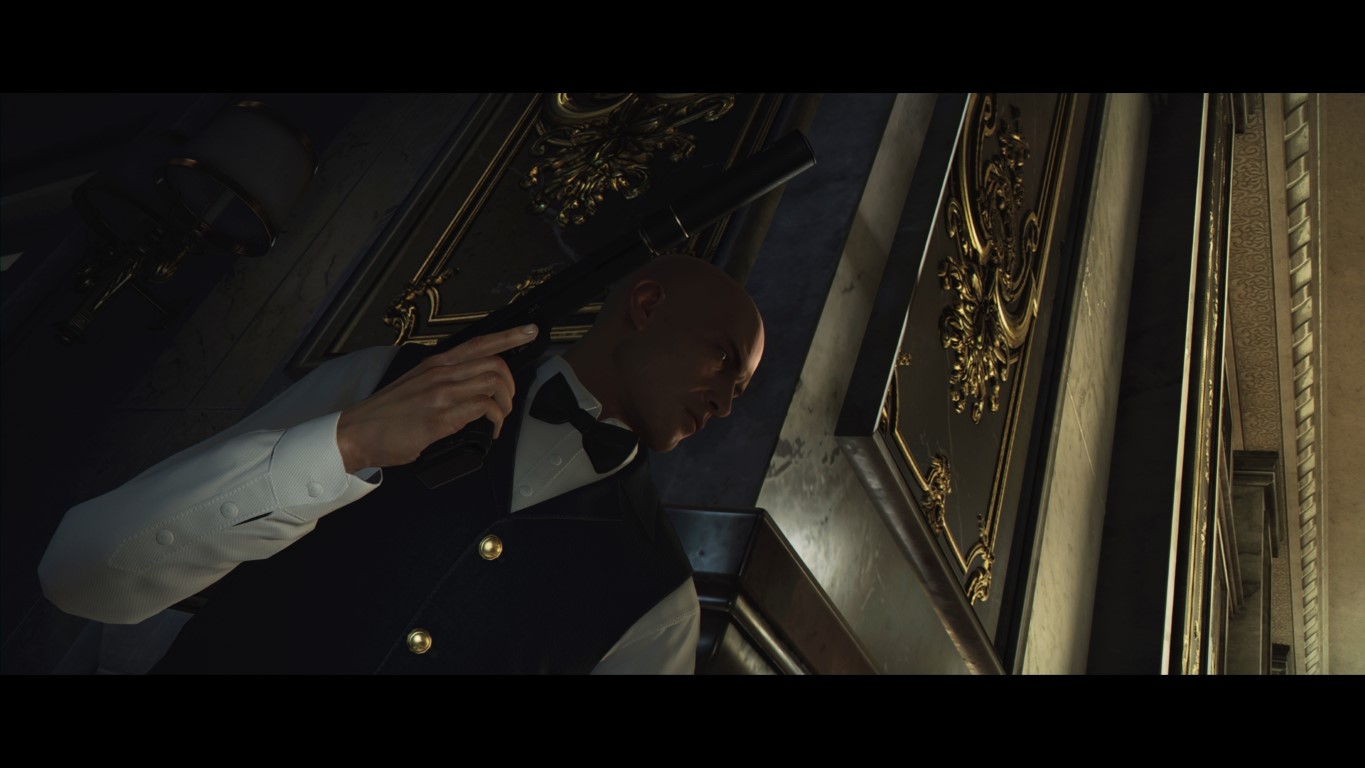 While that may sound unappealing to veterans of the Hitman series, those familiar with agent 47 will still benefit from the opening tutorials. You can practice your killing skills and replay each tutorial as many times as you want. This means you can experience all the distinctive killing methods such as subtly spiking the party drinks with poison or ungracefully drowning a target in a bathroom toilet.

Once you are accustomed to what Hitman’s all about, the game fast forwards twenty years to the first mission “Showstopper”, set at a fashion show in Paris. At first, “Showstopper” may feel a little daunting as there’s no real path to follow and a multitude of ways to approach the mission. The open-ended-ness of the level might seem overwhelming to newbies, but it is important to remember, the game does not want you to pick one way to progress. Ultimately, Hitman encourages you to discover the numerous possibilities to assassinate each target with no right or wrong way to do so.

Inevitably, to gain access to certain rooms and areas of the show, you will have to disguise yourself as a bodyguard or waiter and to do so, you will likely neutralise several AI characters. Mercifully, subdue victims, or murder them in cold blood? Essentially, whatever technique you opt for is an exhilarating experience with all scenarios looking fantastic when in full effect.

A newfangled system of this Hitman release is “opportunities”. This feature presents you with options to help you complete your mission. For instance, you might overhear a guard mention specifics such as your target’s schedule or that there is a special guest in the crowd your victim will meet later in the night. In essence, you play detective and it is up to you how to utilise all the information you uncover. 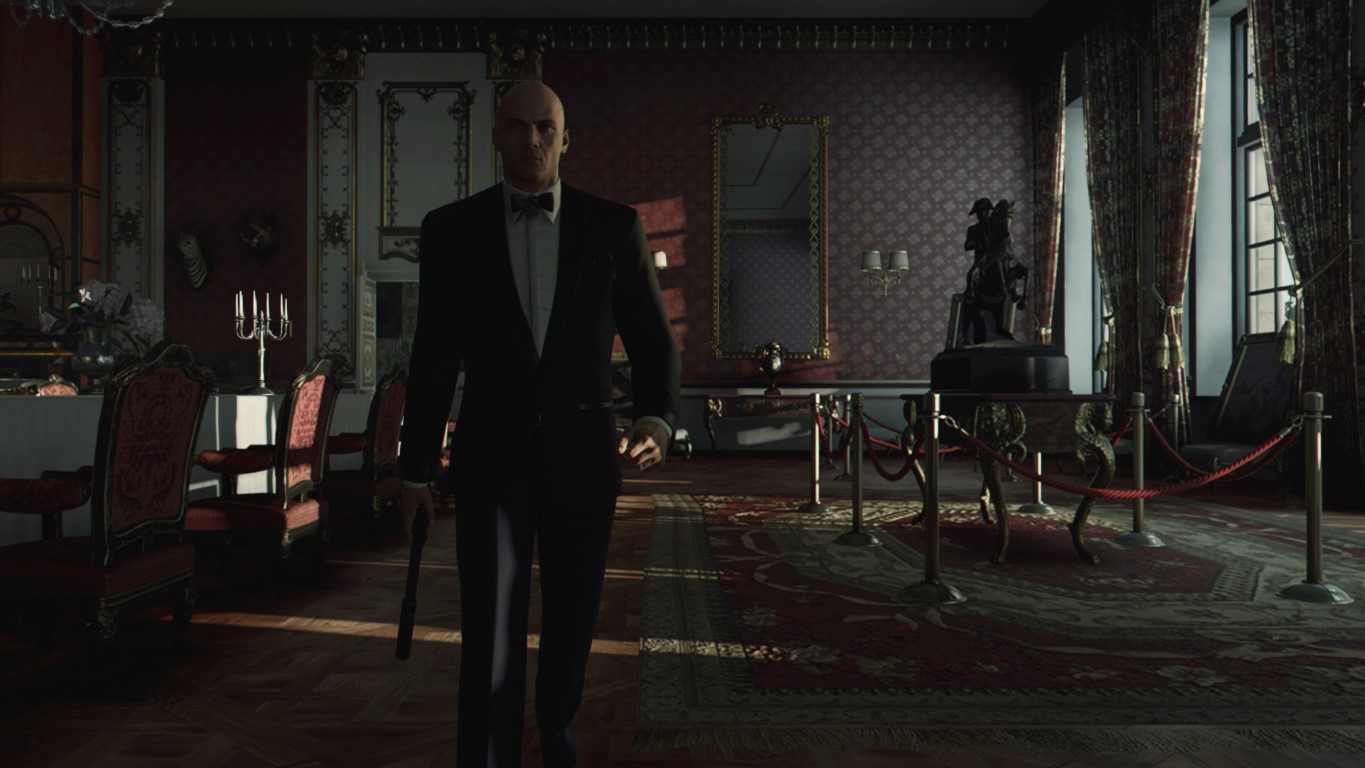 Once you figure out a plan, you must carefully carry out your business as certain staff members will know you do not belong and become suspicious of you. These observant fellows stand out thanks to a white dot situated over their head, which is noticeable when you activate your Hitman instinct mode by pressing R1.

These instincts help you discover key information about your surroundings, but along with the “opportunities” system, it can seem as if the freedom of choice Hitman initially presents isn’t as free as you first thought. In a way, the instinct and “opportunities” modes feel like the game is holding your hand as you play but thankfully, though, you can disable some of them. Hence, if you want a Hitman experience where everything you do is down to your own skills and ingenuity, then I recommend you switch off some of these features.

In general, Hitman plays smoothly but it isn’t void of some glitches and bugs. On my first ‘hit’ I dispensed of a crew member by a silenced pistol to the back of the head (cold I know!). A notification popped up that my kill was not as covert as I initially thought which caused the entire security team to enter a state of alert. Indeed, I am unsure how anybody could have seen what happened considering we were alone in a bathroom with nobody in the vicinity.

In addition, while certain AI characters will notice you do not belong regardless of your disguise, it is annoying when some staff members don’t seem to care when you spike a drink with rat poison while you stand right next to them. On the other hand, some employees will kick up a fuss when you do something shifty. The AI just feels inconsistent at times, and these inconsistencies are a nuisance, but thankfully, they are not enough to ruin your overall immersion into the game.

Aside from the tutorials and main mission, other notable game modes include “Contract” missions where you can select a level and mark certain targets to eliminate. Additionally, a “Contract Creator” allows you to create missions with different parameters.

Though Hitman suffers from several glitches, there is not much wrong with its presentation overall. The environmental design looks superb, as are the characters’ that populate each area you explore. Graphically sleek, where the game truly excels, though, is when you slowly pace through busy corridors and halls, blending into the environment. It all looks so natural and when you couple that with the crisp audio, whether listening to conversations taking place or music playing from the sound systems, the feel and general aura of Hitman is as strong as it’s ever been. 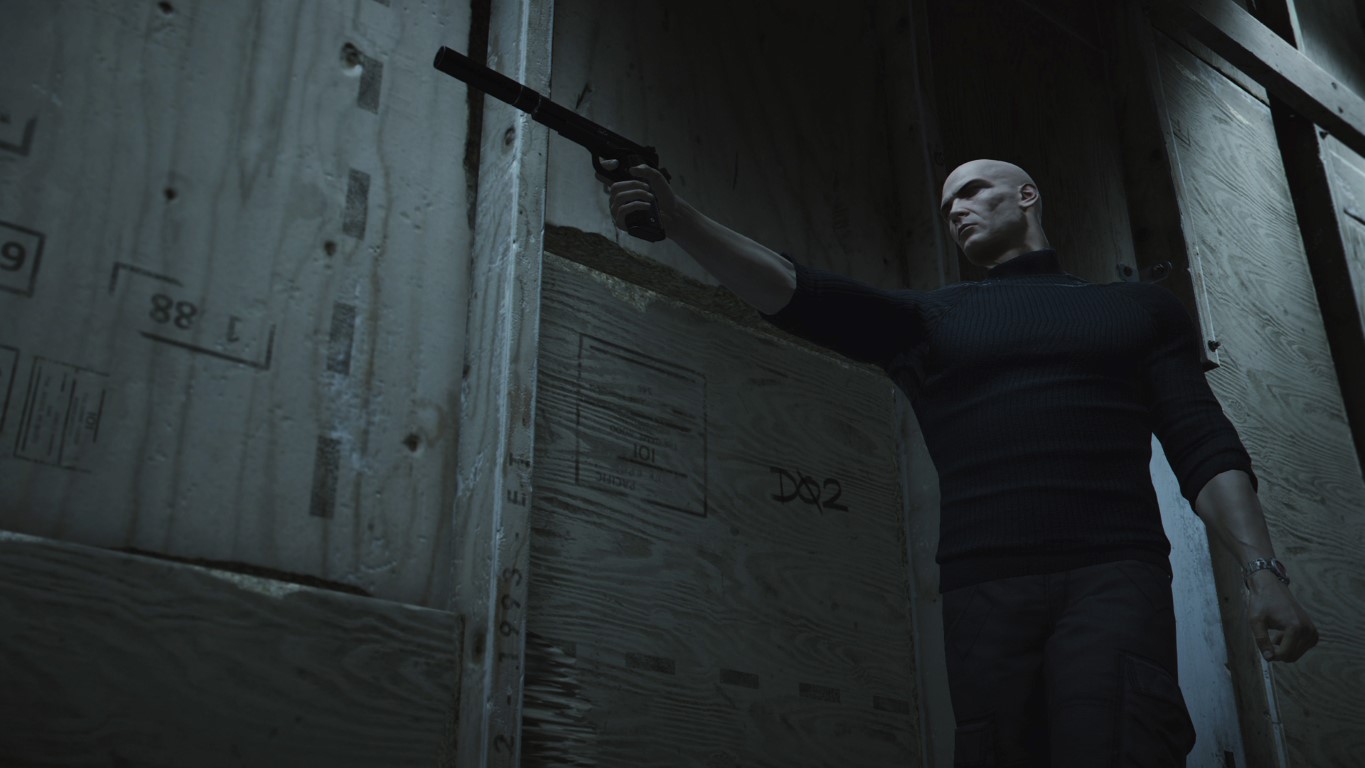 It’s understandable that the release of Hitman in episodes may cause concern as it’s not something that the gaming community will likely want for its triple-A titles. Though, with this particular game, I consider it paramount that IO interactive get it right, especially after the disappointing Hitman: Absolution, which felt incomplete.

In general, I am not an advocate for releasing games in chapters as I find it as appealing as being on the wrong end of Agent 47’s fibre wire; I certainly wouldn’t want that to become the norm for future triple-A titles. Nevertheless, since this Hitman instalment has a history of release issues already, then I am not too upset that it’s available in episodes as it gives the developer more time to fine tune the game, instead of releasing it half-finished.

In addition, the way Hitman breaks up into episodes gives you a chance to dip your toe in the water, so to speak. If you are not familiar with Hitman or, at least, not sold on the concept, then the intro pack gives you the opportunity to check it out and see if it’s something you might enjoy while not having to fork out for an entire game that you may not get on with.

So, is Hitman: Intro Pack worth playing now or is it better waiting to download all the episodes at once?

Overall, Hitman is what you make of it; if you want a fast play through, then chapter one isn’t going to keep you busy for long. However, if you’re curious or meticulous by nature and want to carry out and experience different techniques to assassinate various targets, then you will get a decent amount of playtime from the tutorials and the first mission alone.

With everything good and bad with Hitman now, it’s difficult to give it an overall score at present. Really, I can only grade it on what I have seen so far. Understandably, most might prefer to wait until all the chapters are available for download and while that is a fine choice, I still think buying chapter one now is worth it.

Altogether, Hitman: Intro Pack has plenty to offer veterans of the series thanks to its choice of skills to master while those new to the franchise have the perfect platform to try Hitman out for the first time. Therefore, Agent 47’s latest adventure is worth checking out. 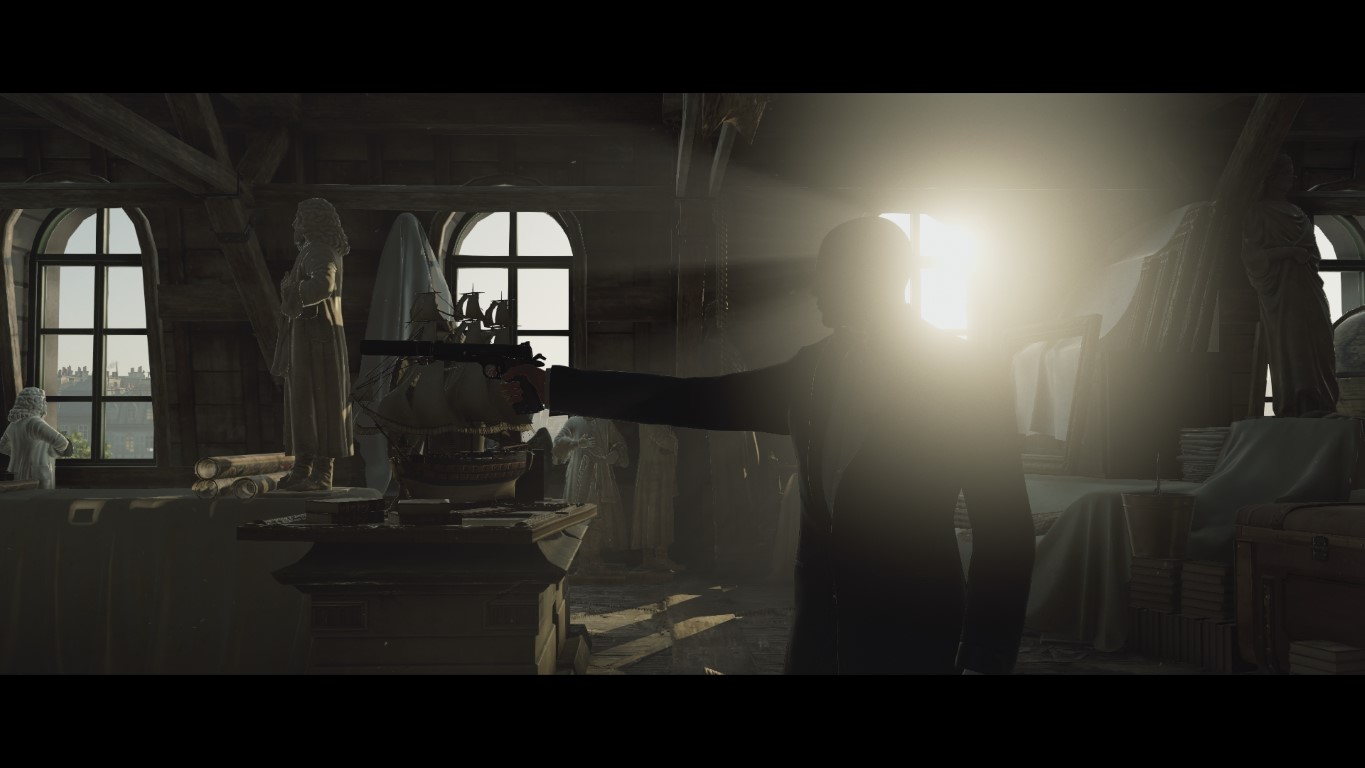