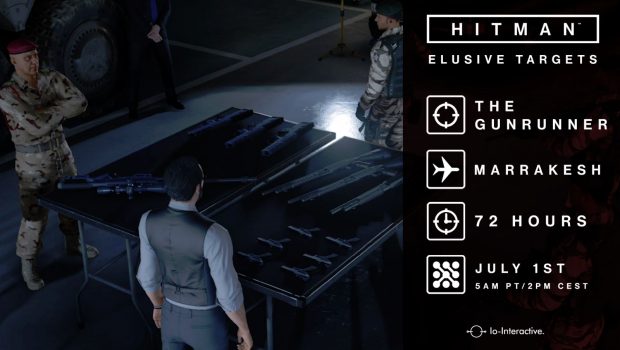 SYDNEY, 4th July 2016 – The fifth Elusive Target, The Gunrunner is live in Marrakesh across all platforms. A briefing video is available online and in-game to help players determine the approximate location of the target. Players will need to own HITMAN Episode 3: Marrakesh in order to access this content.

*This Elusive Target is available for 72 hours only

The Elusive Targets are specially crafted, unique targets, which come with particular rules: