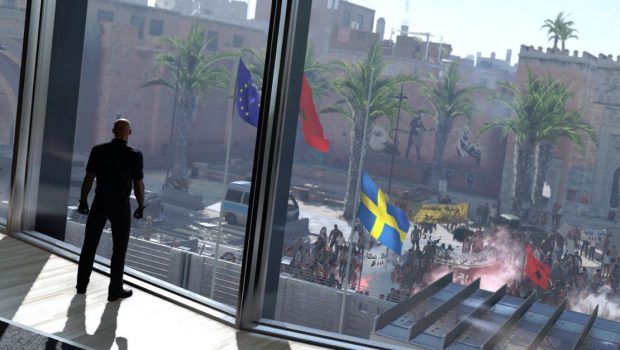 In a city teaming with life on the brink of a full-scale riot, these are the moments before a coup d’état, where the visible military presence exacerbates a situation where tensions are running high.

Bustling Berber markets, alleyways crammed with stalls and shops, a clinical Swedish consulate and shaded rooftop terraces are just some of the areas that players can explore in Marrakesh.

HITMAN Episode 3: Marrakesh will present players with a range of new in-game Challenges and Opportunities that will keep them busy along with an entirely new setting for Escalation Contracts and Elusive Targets.

HITMAN started with a Prologue and Paris location in March, Episode 2: Sapienza in April and now Episode 3: Marrakesh on May 31. From here HITMAN will deliver regular content updates, including three additional locations; Thailand, the United States and the season finale in Japan later in 2016.

Episode 3: Marrakesh is FREE as part of the Full Experience Pack. Owners of the Intro Pack can choose either the Upgrade Pack, which will then include all of this year’s content as it’s released including live and bonus content – or choose to purchase the location individually.