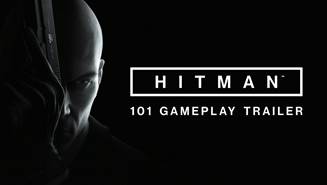 SYDNEY, 18TH January 2017 – With two weeks until ‘HITMAN – The Complete First Season’ arrives on disc, IO Interactive have released the 101 Gameplay Trailer for gamers who may be new to HITMAN.

From an exhilarating spy-thriller story to time limited Elusive Targets, HITMAN truly delivers the fantasy of becoming a master assassin.

If you’re new to HITMAN, it might just take you a few attempts to get to the top of your game. This 101 Gameplay Trailer is a whistle-stop tour of what to expect and the skills you will need to craft an assassination in HITMAN.

HITMAN – The Complete First Season will release on disc on Jan 31st on PlayStation 4 and Xbox One.

About HITMAN™
HITMAN is the sixth game in the blockbuster series and is the culmination of a journey started by IO-Interactive more than 17 years ago. It builds on the critically acclaimed and commercially successful foundation of games like Silent Assassin, Blood Money and the recent Hitman: Absolution.