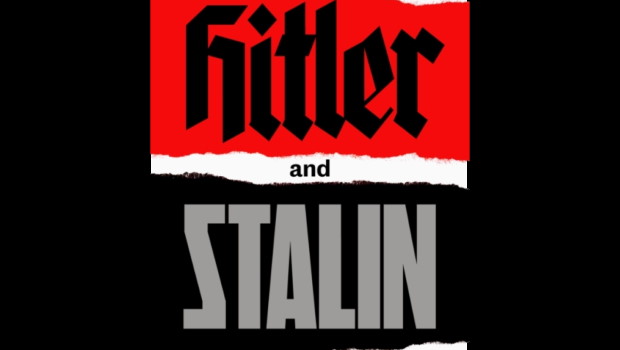 Hitler and Stalin: The Tyrants and the Second World War Book Review

Summary: A much covered topic from a new perspective. Personal accounts of two of histories most notorious dictators.

It’s not hard to see why this book is important in our current time. The preface and afterword are not too subtle in their warning of the similarities between the time of Hitler and Stalin and our current political climate around the world. Laurence Rees takes the well trodden field of World War 2 history and brings a fresh perspective to it via numerous first hand accounts that give an insight into just how these two people rose to power and ultimately ended their reigns of terror.

The book takes us from well before the main events that Hitler and Stalin gained most infamy for to their respective endings, one by their own hand, the other by natural causes. All of the moments are built up with eye witness accounts, recollections of those who survived the atrocities committed under their rule, diaries of those who worked in close contact with the dictators and those who reported on the events of the time as they unfolded. It’s these intimate encounters that really set this book apart. Reading the thoughts of someone who was in the room with Hitler or Stalin as some of the major decisions were being made, or even just in the same room as the leaders were talking to colleagues gives us a much greater understanding of the two men than we could glean from the usual more distanced view of their actions and motivations.

Throughout the pages, Rees shows how Hitler and Stalin differed but also how similar they were. Both ruled through intimidation and force of character. Both were willing to sacrifice their own people for what they viewed as a grand vision for their nations future. While it is generally common knowledge that Hitler industrialized the killing of Jews, Stalin also engaged in large acts of genocide. How these two horrific people managed to fulfill their murderous plots, gain support and maintain their cult like hold over their people is both fascinating and frightening. Again the parallels with contemporary increases in far right beliefs is disturbing to say the least.

Reading of the shift in views from those who were mere youngsters when all these events were occurring to how they view the events now with decades of perspective and perhaps a geographical/cultural shift in the meantime is quite telling also. Learning of people who can now see the acts of their youth as quite horrific and over the top but who explain that at the time their actions seemed quite reasonable such as the notion that someone should be sent to a punishment of many years hard labour just for saying something bad about their leader.

It has been said that those who do not remember the past are condemned to repeat it and I can’t help but feel that Mr Rees is trying in some part to remind us of that notion. Simmering hatreds seem to be getting ready to bubble over and explode around the world. People are seemingly choosing to believe propaganda and obvious lies simply because it suits their beliefs and with social media giving these views a way to span the globe in mere seconds, we stand on a scary precipice, a repeat of some of the worst acts of history looks all to capable of occurring. I can only hope many people read this book and learn from the words within both of Rees directly and of those he has managed to gather accounts from over many years.

A high recommendation for any history buffs or anyone who wants to learn of the past in the hopes it may help prevent such horrific events occurring again!