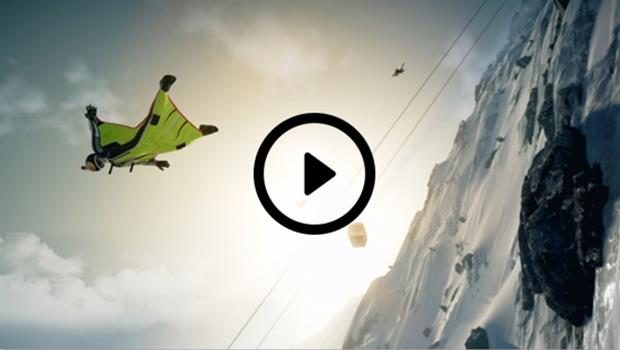 HIT THE SLOPES WITH STEEP™ ON DECEMBER 2

Cologne, Germany — August 18, 2016 — Today, during Gamescom, Ubisoft® announced Steep, an action sports game set in the open world of the Alps, will be released on December 2, 2016 on Microsoft Xbox One®, Sony PlayStation®4 computer entertainment system and Windows PC. For the ultimate Steep experience, players can purchase the Gold Edition.

Steep’s Standard and Gold Editions are now available for preorder. The Gold Edition includes both the game and the season pass. The season pass gives players access to all major expansions as well as additional digital content, outfits, and equipment, including an exclusive costume.

Players who pre-order the Standard or Gold Editions will be able to extend their night-riding experiences through The Moonlight pack. This pack contains new challenges and equipment, including:

With development led by Ubisoft Annecy,* Steep drops players onto the Alps with exhilarating experiences that include skiing, wingsuiting, snowboarding and paragliding. These sports establish a never seen before freedom to explore the game’s open world, allowing players to choose the way they ride and play. Riders can travel the Alps solo or drop in side-by-side with friends to discover a wide range of activities for them to put their skills to the test, compete and share the most insane tricks and trails ever captured on the slopes. Designed for a generation that’s all about sharing their experiences with the world, Steep encourages players to challenge their friends to see who truly comes out on top of the world.

In addition to exploring the Alps, Steep riders will be able to traverse the majestic slopes of Alaska, available as a free update after launch.

To have a chance to play first during betas, please register at http://www.steepgame.com.