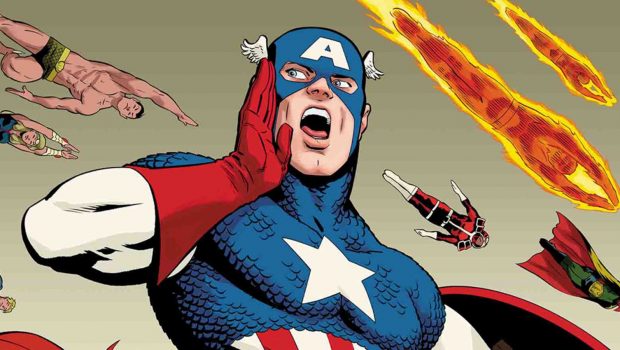 History of the Marvel Universe #2 Review

Summary: While a bit dry at times, one can’t help but “marvel” at the herculean effort that goes into researching, cataloguing, and telling the story of the Marvel Universe as a cohesive whole.

Mark Waid, aided by his team of researchers, continues to sort through and put together all of the disparate events throughout the Marvel Universe’s history to create a story which flows as if it was originally written chronologically. There is so much information packed into this comic and yet, it doesn’t feel at all like it is the amalgamation of 80 years of real world stories told by countless different writers over the course of thousands of comics. Waid effortlessly pulls events from Marvel Comics #1 published in 1939 and combines them cohesively with events like 2014’s Original Sin. Even the most seasoned comics veteran can find things to learn from this issue. For example, who knew that the Hitler of the Marvel Universe was killed by Jim Hammond, the original Human Torch? Or that a Captain America scholar changed his name and used plastic surgery to become Steve Rogers’ duplicate, replace Captain America, become cryogenically frozen and unfrozen, lose his mind, and become a terrorist – all while the real Cap was frozen in ice?

Combined with the annotations in the backmatter (which serve to flesh out and cite the events of the issue), a Marvel nerd like myself can spend an entire afternoon going over the issue and researching what interests you. It may not be the most thrilling or dramatic of narratives, but it’s impressive how well it’s constructed.

Javier Rodriguez deserves a ton of credit for what he’s doing with this series. It’s no easy task to distill 80 years of history into a story which is also fun to look at. The comic’s flow is easy to follow as we move through the events. This flow is aided by varied page designs and Joe Caramagna’s lettering leading you through. There’s a lot thrown at the reader, and your eye always seems to find what it should be looking for. The page designs are top-notch, taking what could have read like an encyclopedia, and adding all kinds of artistic flair. The “1-2-3 GO” framing Nick Fury and the Howling Commandos’ exploits stands out.

While Mark Waid should be praised for the textual research that goes into this issue, Rodriguez should receive equal praise for nailing all of the different costumes and looks for these characters throughout their history. This is clearly a labor of love and it shows in the art.

While a bit dry at times, one can’t help but “marvel” at the herculean effort that goes into researching, cataloguing, and telling the story of the Marvel Universe as a cohesive whole. There is so much information conveyed in this book and it’s done so in such an efficient way. While most comics can be breezed through in 10-15 minutes, this book really gives you bang for your buck, leaving you with a ton of information to dissect and digest. If nothing else, it gives you plenty of fodder you can use to show off your Marvel knowledge – all in a beautifully illustrated package. 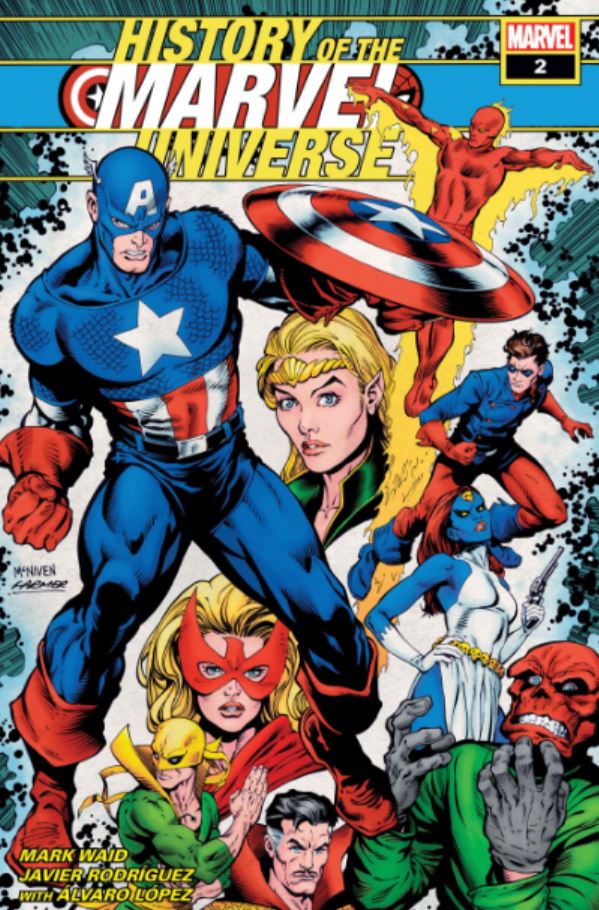