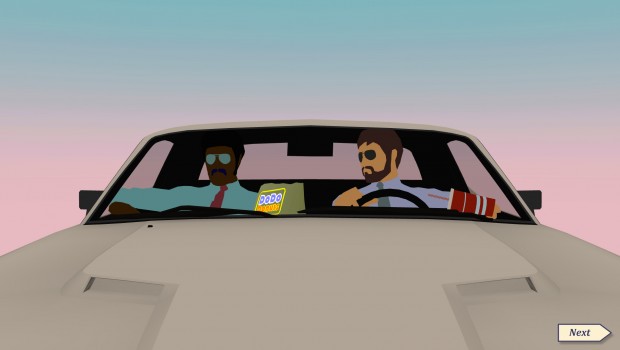 25th February 2015 – Let us give you the skinney… Industry veteran Team17 and wicked independent developer Modern Dream have today announced that 70s cop themed top down shooter, LA Cops, is heading to Xbox One and PC on the 13 th March. Right on!

LA Cops is a rad action game with a tactical aspect that sees you cleaning up the mean streets of 70s LA one action packed shootout at a time! Can you dig it?

Choosing from 6 different groovy cops to play with, LA Cops pits you against 13 levels featuring unique tactical play as you take control of 2 cops at the same time. You’ll even be able to select from 5 upgradable weapons to take out those chump bad guys with including Pistols, Uzis, Shotguns, Assault Rifles and funky Grenade Launchers!