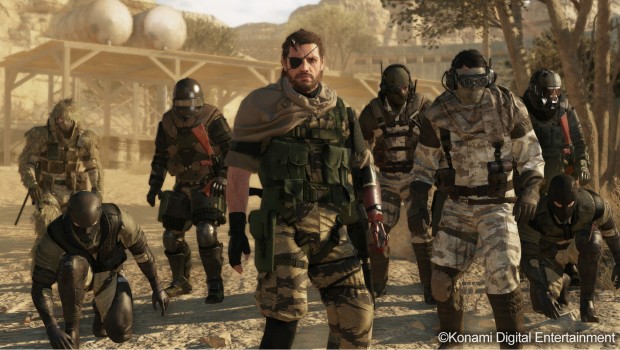 Konami Digital Entertainment B.V. has announced the return of a PlayStation®3 epic, as METAL GEAR SOLID 4: GUNS OF THE PATRIOTS returns digitally via PlayStation®Network on 17 December 2014.

Originally released in 2008, METAL GEAR SOLID 4: GUNS OF THE PATRIOTS is set in a battle-scarred future where huge conglomerates fight for supremacy using mercenaries. This financed battlefield is seen through the battle-weary eyes of an older Solid Snake who has been charged with infiltrating a number of key locations across the globe, including the Middle East and South America. Thus, Snake’s story offers ground-breaking combat elements, an intuitive control system with unprecedented control over the aged hero, and the resolution of key plot lines and loose ends.

As the world awaits METAL GEAR SOLID V: THE PHANTOM PAIN, METAL GEAR SOLID 4: GUNS OF THE PATRIOTS shows a care-worn hero embroiled in his final mission. As the game progresses, the player uncovers a gripping story that ties up all loose ends from its predecessors. As Liquid Ocelot’s power grab gains traction, METAL GEAR SOLID 4: GUNS OF THE PATRIOTS introduces a new band of adversaries via a ‘Beauties and the Beasts’ narrative. As Snake comes into contact with these creatures of war, tragic motives and manias detail the horrors of the future of war.

Characters such as Laughing Octopus, Raging Raven, Crying Wolf, and Screaming Mantis are empowered with supernatural abilities and have individual backstories that outline how they have become the beings they are. All were initially good people who, for various reasons linked to events in the Metal Gear Solid series and events they have seen in countless wars, are now altered beyond all recognition both physically and mentally.

The digital reissue is the perfect way to whet appetites ahead of the launch of the open-world METAL GEAR SOLID V: THE PHANTOM PAIN, as METAL GEAR SOLID 4: GUNS OF THE PATRIOTS also marks the series’ first exploration of non-linear stages, and heralds the addition of a remote-controlled ‘Metal Gear Mk. II’ droid, the revolutionary OctoCamo suit which allows Snake to blend in with his surroundings, and an enhanced CQC (Close Quarters Combat) system.