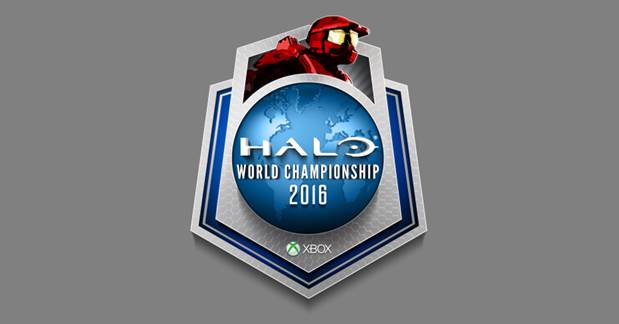 Get your team together and get practicing over the holidays ahead of the qualifiers in January!

Earlier this year at gamescom, 343 Industries and Xbox announced the Halo World Championship (HaloWC), the biggest Halo esports competition in franchise history that is centred on the ultra-competitive Arena multiplayer mode of Halo 5: Guardians.  We’re excited to unveil new details, including when and where the tournament will take place across Australia and New Zealand, an update on the crowd-fund assisted prize-pool, and how you and your friends can register to compete against the very best around the world.

Xbox and 343 Industries originally announced a starting prize pool of $1 million for the Halo World Championship, with the potential to grow through crowd-funding via the all-new Requisition System (REQ System) of Halo 5: Guardians. Since launch, the prize pool has grown tremendously because of the Halo community, bringing the prize pool to over USD$2 million and it continues to grow daily!

If you want to learn more or register in the Halo World Championship, head over to the new Halo esports portal, Halo.gg. For esports fans, we’ll be livestreaming everything from ladders, qualifiers, regionals and finals – be sure to tune-in to the Halo and Xbox Twitch channels! The stakes have never been higher in the world of Halo esports – it’s time to get your team together and get practicing over the holiday break so you’re ready to take it to the world in 2016!

For all the latest Halo World Championship news and updates, check out the Xbox Wire.

ABC iview is available now on Xbox One!

Now until the end of January, enjoy over 50 hours of the best Aussie comedy for free, with iview’s Binge on The Best of Australian Comedy. Series include:

Easy to use and ad free, ABC iview has a fast, responsive and cinematic design for enjoying your favourite ABC programs, including Good Game and Good Game Pocket, allowing fans to catch up on the latest industry news, on demand.

ABC iview offers Xbox One owners instant access to great entertainment for free with the click of a button and the launch adds to an already stellar line up of entertainment options on the Xbox One, along with the ability to take advantage of the Xbox features such as voice controls and parental control. Make sure you download the app and check out all the great content on offer!

For all the latest Xbox news and updates, check out the Xbox Wire.

A sample of the new content that fans can expect in the Cartographer’s Gift update includes:

Last month we launched one of the most requested features: Xbox One Backward Compatibility, with an initial set of more than 100 titles, allowing fans to take their Xbox 360 experience to Xbox One and still be able to play with their friends, take screenshots, stream and record in-game DVR clips. Today, we’re excited to announce even more Xbox 360 titles available now on Xbox One via Backward Compatibility.

From titles like DEUS EX: HUMAN REVOLUTION to classics like Fable III, today, fans will have 16 additional games to choose from, expanding our growing library of Xbox One Backward Compatibility titles. And as a reminder, all Xbox 360 games available through Games with Gold after Nov. 12, such as the recently available Sacred 3, are playable on Xbox One. You can find the full list of our latest additions below and also on Xbox.com/BackCompat.

What’s more, hot off the heels of the Halo 5: Guardians launch and the Halo World Championship kick-off on Dec. 6, Halo fans can dive even deeper into the Halo universe as Halo: Reach is among the titles added to the catalogue this month. The game showcases the power of Xbox One Backward Compatibility, bringing exciting storylines and gameplay from fan favourites onto one console. Today, Halo: Reach will join Halo 5: Guardians, Halo: The Master Chief Collection and Halo: Spartan Assault on Xbox One.

Let’s dive into the list of new titles* available today:

And this is just the beginning. We’re continuing to work with our publishing partners to grow our library of Xbox One Backward Compatibility titles, so stay tuned for more. We’ll be adding to the catalogue on a regular basis, so be sure to check back here for the latest information about Xbox 360 titles that are playable on Xbox One.

For all the latest additions to backwards compatibility, be sure to check out the Xbox Wire.