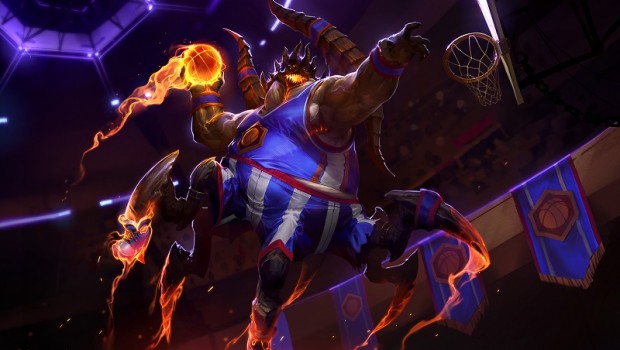 Hundreds of Heroes of the Storm teams around the world gave their all in the regional qualifiers with the hopes of representing their region in the Heroes of the Storm Spring Global Championship, but only 12 will remain. Australian team, Negative Synergy, who won the ANZ Season 1 Heroes of the Storm Finals in February, will be fighting for a $500,000 USD prize pool and a title of Spring Champions! We invite you to watch all the action live from Seoul, South Korea on Twitch, from 1:00pm AEDT, April 1st.

The tournament will take place in three parts, with each part feeding directly into the next section.

For more details about the Heroes of the Storm 2016 Spring Global Championship, please visit the blog here.

Rule the Court with Azmodunk!

In other Heroes of the Storm news, today we unveiled Azmodan’s new legendary skin, Azmodunk, which we be available on April 13! So get ready to hop off the bench and get out on the Burning Court, by watching his sports highlight reel of custom animations, voice-over lines, unique ability effects, and a brand new Azmodunk Banner Mount!