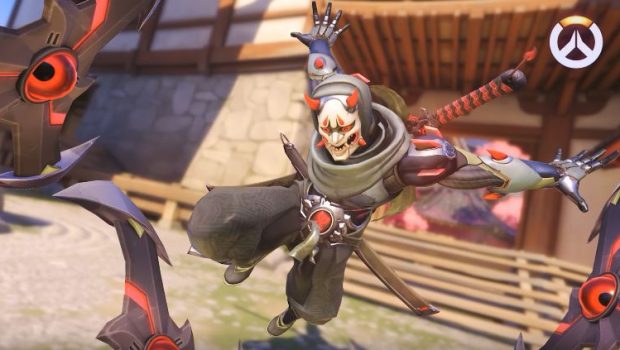 Heroes 2.0 reflects the evolution of Heroes of the Storm, encompassing all the improvements the game has seen since launch, as well as the wealth of new system changes on the horizon. Starting from today, we have loads of awesome content available for players, including the Nexus Challenge 2.0, new battleground: Hanamura, free character Mega Bundles, and more. We also announced the next hero coming to the Nexus, Overwatch’s D.Va!

Watch the Heroes of the Storm – Hanamura Showdown Cinematic.

Beginning today, and running until 23 May AEST/NZST, players will be able to complete weekly quests alongside friends, and in return, earn epic in-game rewards for both Heroes of the Storm and Overwatch! Need someone to team up with to complete your objectives? Sign up to Heroes the Storm’s Looking For More website! Heroes LFM is an easy-to-use, convenient way to find other Australian and New Zealand players. You can use it to make new friends, craft the perfect group composition, and find and connect with likeminded players who are available when you want to play. Check it out here: www.heroeslfm.com.

Watch the Heroes of the Storm – Nexus Challenge 2.0 video.

For more details about individual quests, visit the Nexus Challenge 2.0 section of the Heroes of the Storm website.

From today, and lasting until 23 May AEST/NZST, players can permanently select (and keep) one of four Mega Bundles. Each Mega Bundle contains 20 Heroes characters, and has its own theme: Assassin, Flex, Support & Specialist, and Tanks & Bruisers. More details about the Mega Bundles are available on the Heroes of the Storm website.

Genji was once the carefree youngest scion of the Shimada clan, but he was cut down by his own brother for refusing to take part in their illegal ventures. Grafted into a cyborg body by Overwatch, Genji walks his own path as one who fights for what’s right. His Basic Abilities include Shuriken, a projectile that damages the first enemy it hits; Deflect, an ability that allows him to ricochet incoming damage to nearby enemies for 1.25 seconds; and Swift Strike, a dash forward that deals damage to all enemies in a line. Enemy Heroes who die within 2 seconds after being hit by Swift Strike cause the skill’s cooldown and Mana cost to be refunded. Genji’s Heroic Abilities are Dragonblade, a deadly sword that can be used for 8 seconds to lunge forward and slash in a huge arc; and X-Strike, which allows Genji to attack in two perpendicular slashes that deal damage and ignite after 1.25 seconds.

Heroes of the Storm is also receiving a new battleground, inspired by the Hanamura map in Overwatch. Both team’s Cores are protected by a barrier that is resistant to Hero attacks. Payloads must be escorted across the battlefield in order to deal damage to the enemy base. The first set of payloads spawn for each team two and half minutes into the match, and additional waves will periodically appear throughout the rest of the game. Like in Overwatch, players must stand near an allied payload to escort it, and the more friendly players close-by (up to a maximum of three), the faster it will move. Payloads that haven’t been touched for a period of time will begin to slowly move backward automatically. Destroying an enemy Fort will cause the next allied payload to deal additional damage when it arrives at its destination. Destroying enemy Keeps will also cause Sappers to spawn with allied Minion waves, which will fire on the Core upon reaching the end of their lanes.