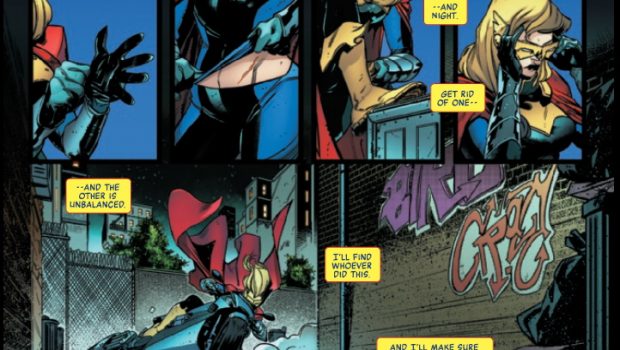 Summary: Marvel's take on Nightwing but with Gwen Stacy. How much you will get out of it depends on if you are a fan of the character.

Dr. Gwendolyn Stacy is Ravencroft Asylum’s leading psychiatrist who moonlights as Nightbird and hands off the dangerous criminals she captures to the police. When a threat from her past returns in the form of the Jackal she has to investigate those closest to her for clues.

The whole thing with the Heroes Reborn series is that it is an alternate timeline where the Avengers do not exist. Spider Man already had the most alternate timelines of any story including several different ones like Spider Gwen and others.

You do not really need to know anything about the story before as it is the first story in the series and it does not really seem to link in with any of the other Heroes Reborn stories apart from the general timeline they take place in at least in this story.

This story is very Batman-esque with Ravencroft standing in for Arhkham and the main character even being a psychiatrist. Nightbird is an obvious spin the character of Nightwing and there was partner that used to work with her in the past.

Worth a look if you are a fan of the Gwen Stacy character and want to see her in a story of her own.