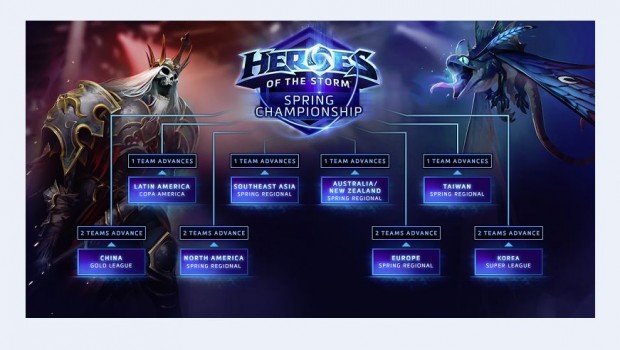 Heroes of the Storm – Spring Championship

ANZ Season 1 will feature two online, open qualifiers taking place on January 30 and February 7, with the top four teams progressing. On February 28, Blizzard ANZ, in partnership with ESL, will stream the Season Final live, with a $20K USD prize pool up for grabs – more details to follow soon! The top performing team will move on to represent Australia and New Zealand at the Spring Finals being held in Korea, and a shot at an additional $500,000 USD.

For more information about all regional championship events and dates, please visit our blog post here.