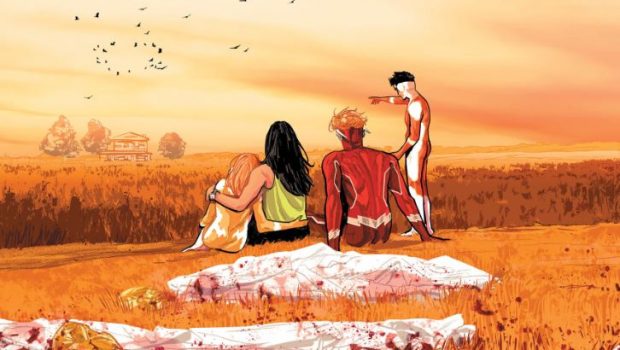 Summary: Heroes in Crisis #8 delivers the confession of the century!

… wow, although expected, Heroes in Crisis #8 finally puts the pieces together with this issue being a confession from none other than Wally West who has probably lost more than any other hero in the DCU. So while being an inpatient at The Sanctuary, an AI focused counselling haven created by Batman, Superman and Wonder Woman… this intervention finally broke the hero who lost everything.

For the uninitiated Wally West was removed from the DCU post New-52, however this character returned during Rebirth #1 and gave ‘hope’ to this universe again. Unfortunately only Wally returned and his life with wife Linda and two children were gone forever. As The Sanctuary offered Wally solace and that this place was anonymous with others were experiencing similar emotions to him, this one-time Flash wanted to know more. So while these files are deleted, Wally West entered the Speed Force in order to find out who these other people were in order to establish a kinship.

Wally was no longer alone but this information broke both him and the The Sanctuary. As a result, the other patients came out to help Wally where he snapped and killed the other metahumans who were receiving help here. As his mentor was forensic scientist Barry Allen, he framed Booster Gold and Harley Quinn and then travelled five days into the future, before returning to the present, murdering himself and leaving the body with the others for the Trinity to find… including giving The Sanctuary evidence to Lois lane.

Beautifully illustrated Heroes in Crisis #8 was a true mind !@#$ and while Wally West has given himself five days to do some good, it’s his way of finding solace before the inevitable occurs. How will end? I actually don’t have a clue but I can’t wait to see how Tom King finishes Heroes in Crisis!

My comic of the week… even though this will create more controversy! 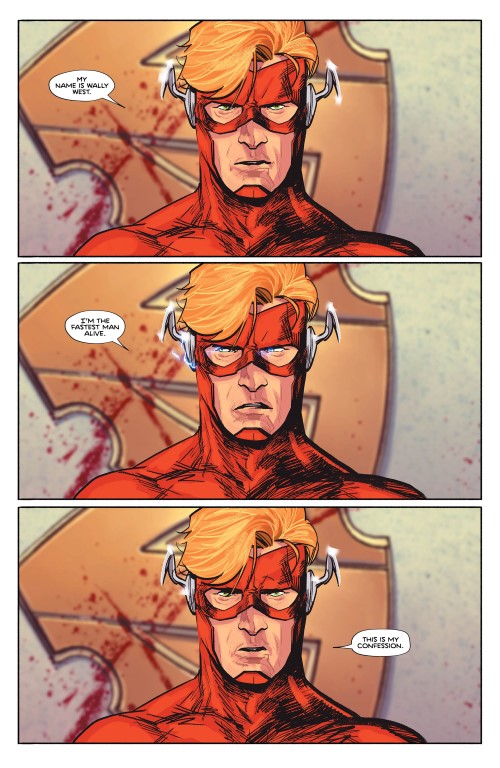 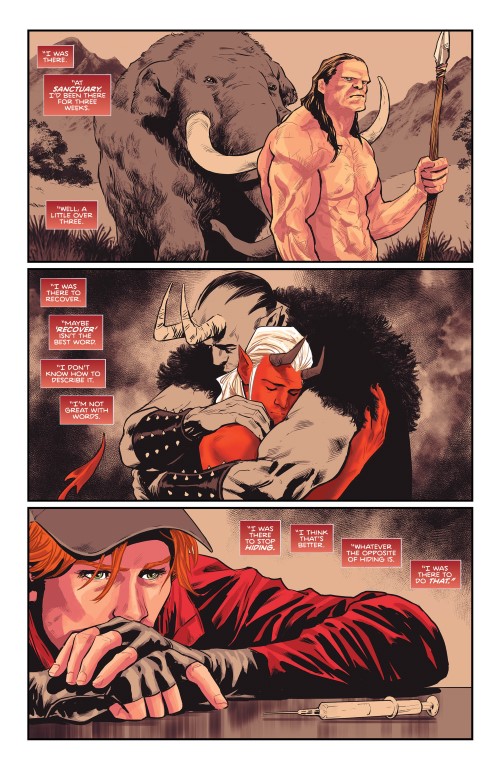 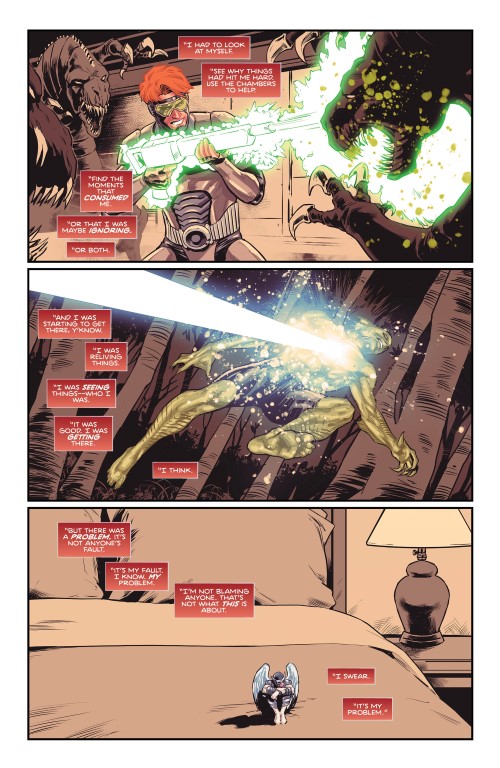 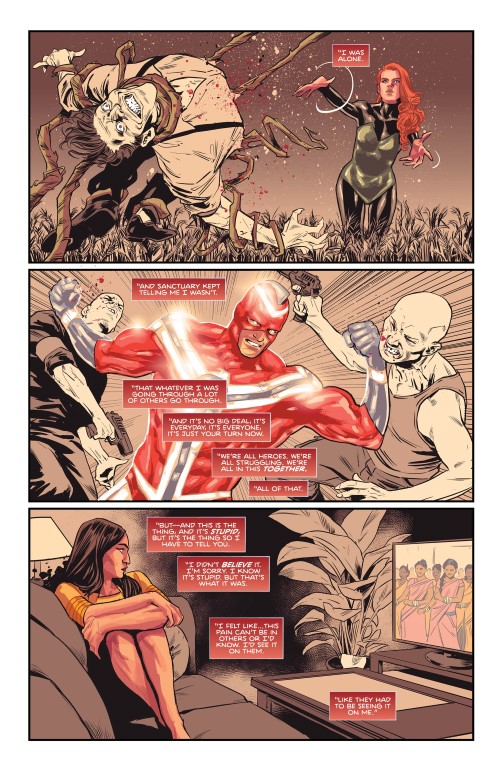 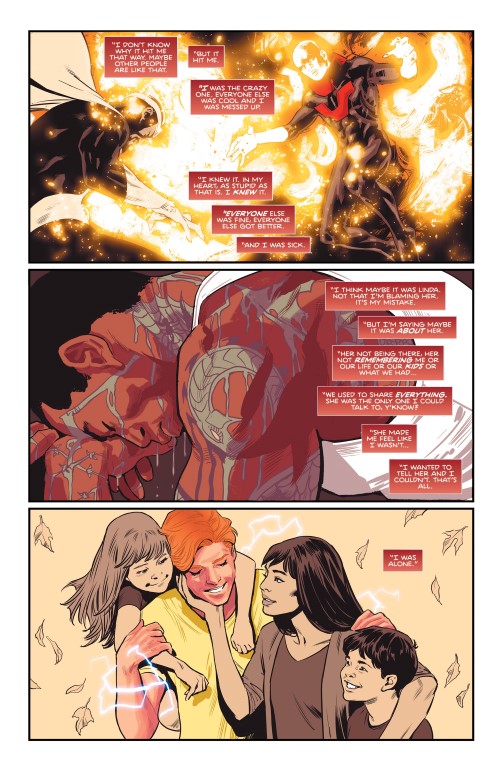 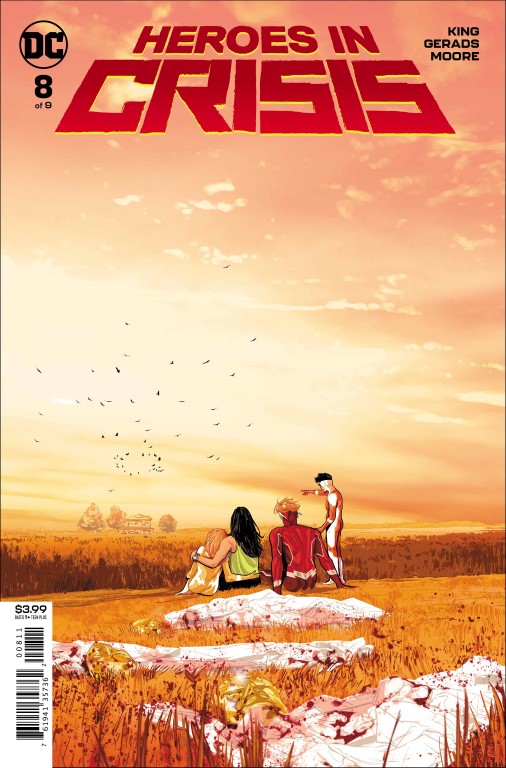 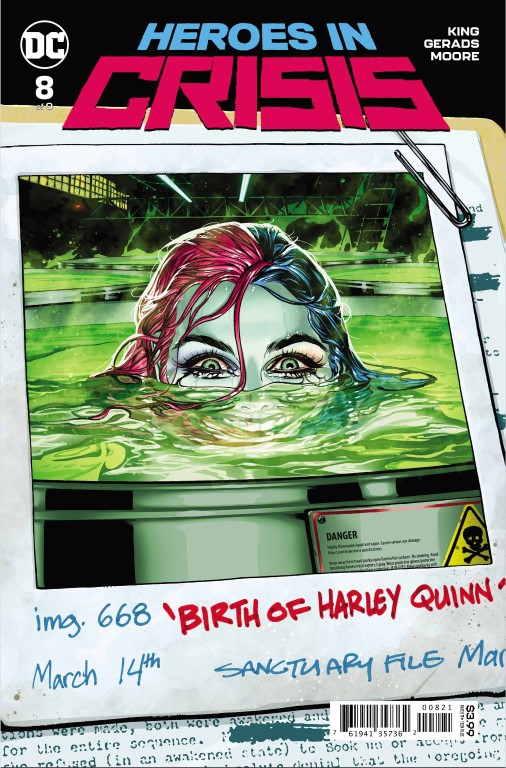