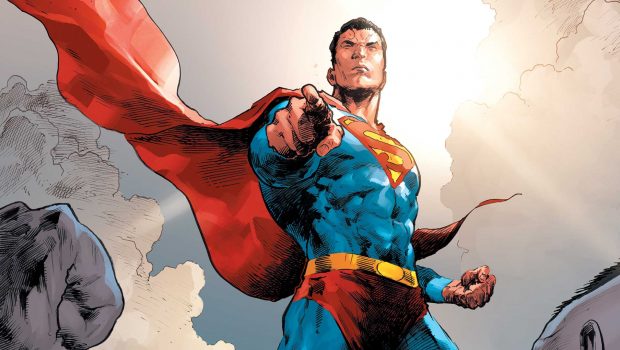 Summary: Heroes in Crisis #5 provides the reader with a very powerful clue but still with no clear answer

Time is the key!

Author Tom King returns us to the superhero massacre at the place known as The Sanctuary as “The Trinity”, Superman, Wonder Woman and Batman continue their investigation, including holding a press conference (without Batman) for damage control as the public is scared. Elsewhere Blue Beetle and Booster Gold come up with their own idea to help solve this crime over a few beers that includes taking out The Flash (Barry Allen) and then using his lab in order to find more clues. Superman’s monologue to the press is also showcased throughout the issue, including giving us a look into the other parts of the DCU and even get the biggest clue in this mini-series that the body of Wally West is five days too old.

Batgirl and Harley are also searching for answers which starts by “interrogating” Booster’s trusty robot from the future Skeets in order to find the whereabouts of Booster Gold whom Harley believes is responsible for this massacre. While Harley wants to kill him, Batgirl does manage to restrain her before the issue ends with Harley Quinn disclosing to the AI at The Sanctuary that she is in a domestic violence relationship with The Joker. It is these elements that King uses to help humanise these superheroes because we are given more insights into the heroes of the DCU as they disclose their sometimes darkest secrets such as Booster always having blood on his visor or that hero called The Protector (Jason Hart) not only took drugs but believed he has become a joke.

Complementing the story is the wonderful art of Clay Mann who almost captures an innocence and humanity of these characters and while there is no action, his art helps tell a much more gripping tale about the emotional wounds that these heroes carry. The scene with Booster and Blue Beetle sharing a bear carries quite a bit of weight as does the final page of Harley looking away as she discusses The Joker. With that said, he draws a great Harley and the panel of her about to smash Skeets with her hammer is almost worth the admission alone for the detail. Brilliant art!

Although we are no closer to learning who the killer or killers are, we do get some more clues as we the reader try to solve The Sanctuary massacre. All in all, probably my favourite issue so far due to the characterisation and dialogue… not to mention the amazing art of Clay Mann! As a result, Heroes in Crisis #5 gets my comic of the week. 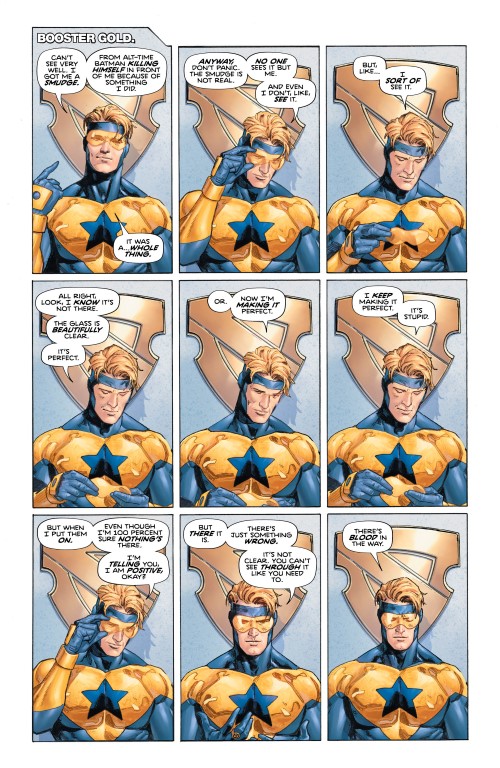 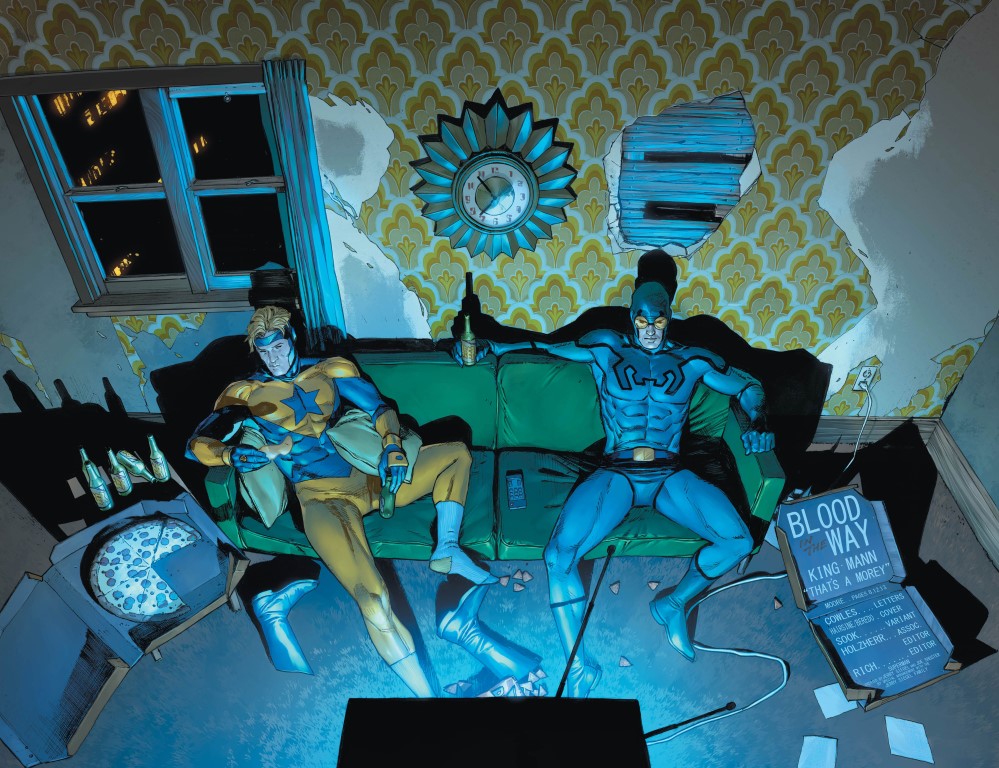 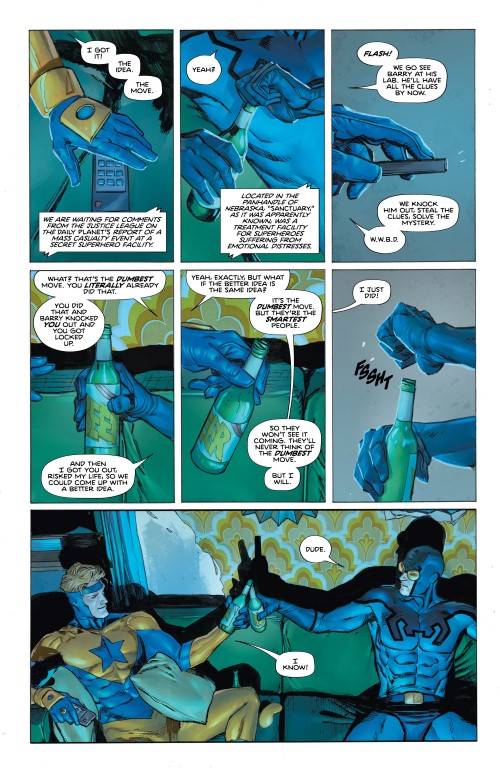 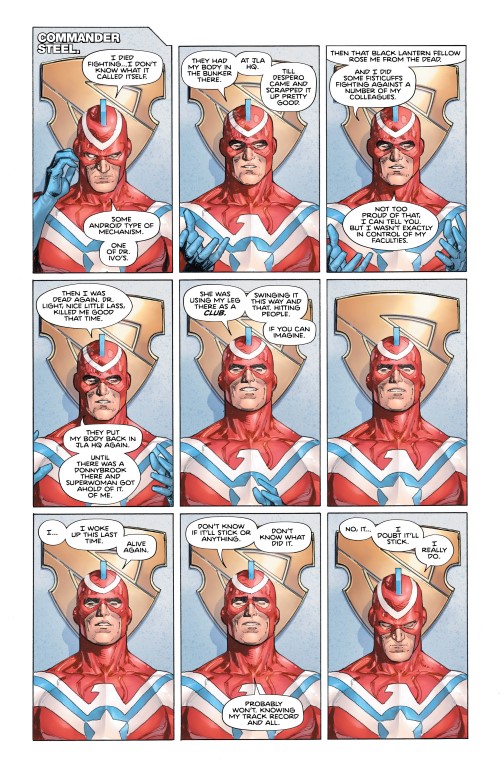 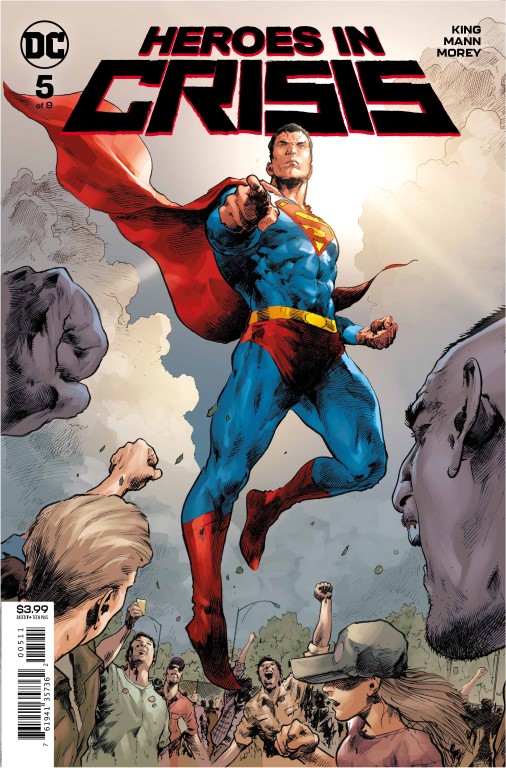 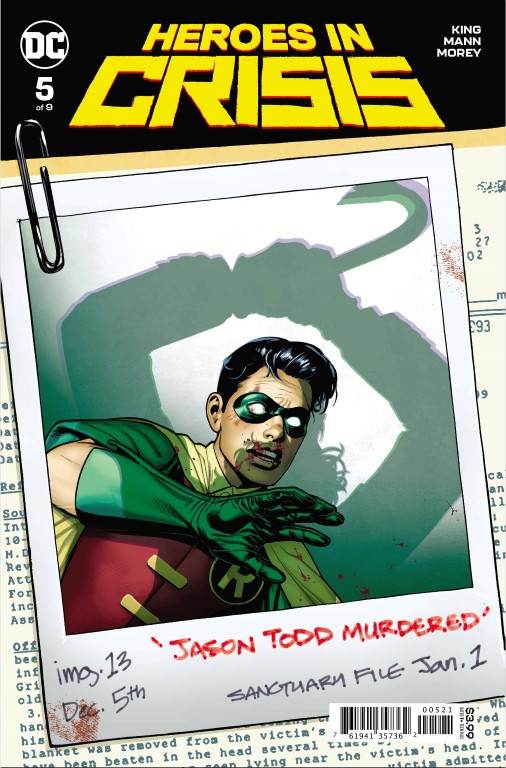