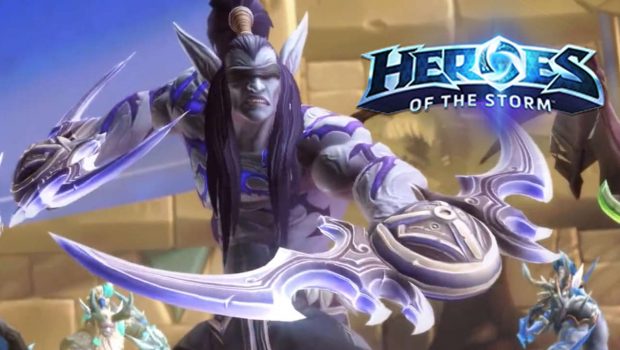 Heroes Brawl, our brand-new game mode, is an exciting way to play Heroes of the Storm – and it’s available now! Play on unique maps with surreal twists and custom rulesets that turn everything you thought you knew about the game on its head. Heroes Brawl offers three kinds of Battlegrounds: Standard maps with mutators (gameplay modifiers), completely new arenas, and single-lane skirmishes – all made specifically for the mode. This week’s brawl is the Punisher Arena! A no-holds-barred battle between Heroes and Punishers. Be the first team to win two rounds and claim victory! For more details about Punisher Arena, please visit the Official Heroes of the Storm blog here.

To celebrate the launch of Heroes Brawl, American YouTube outfit, RocketJump, has created a fun live action short! Follow Freddie Wong as he accidently ends up in the Nexus after a freak accident; taking on Tracer, Sylvanas Windrunner, and other characters from various Blizzard universes – Will Freddie come out on top, or be taken down by his foes? Check out Hero of the Storm below:

New hero, Samuro, now available to play in the Nexus! This assassin is an incredible ally and powerful enemy. Samuro parades his basic abilities on the frontline, including Mirror Image, a skill that allows him to create two images that deal 30% damage to enemies, and have 50% of his current health, for up to 18 seconds. Critical Strike amplifies Samuro’s basic attack to become a critical hit on each foe in his path for 10 seconds, and dealing a massive 50% extra damage. His third ability, Wind Walk, allows him to enter stealth for up to eight seconds, where he receives a 25% increase in movement speed. Samuro’s Herioc abilities are forces to be reckoned with: Bladestorm sees him become an unstoppable whirlwind, dealing damage to all nearby enemies for four seconds, while Illusion Master allows him to switch places with one of his Mirror Image clones.