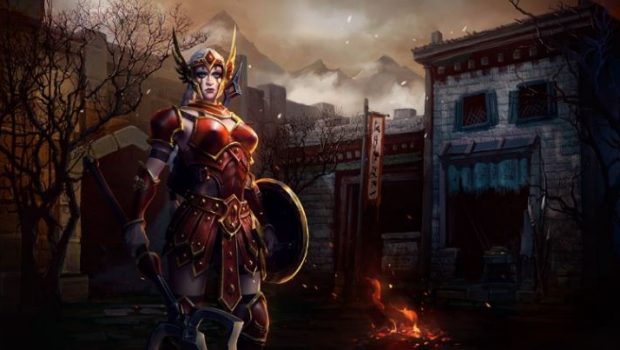 Heroes 2.0 reflects the evolution of Heroes of the Storm, encompassing all the improvements the game has seen since launch, as well as the wealth of new system changes on the horizon. This includes an overhauled progression system, Loot Chests that give all Heroes players access to fun cosmetic rewards, and exciting upcoming content. Players can access the beta version of Heroes 2.0 on the Public Test Realm [PTR] from today! You can download the PTR through the Battle.net desktop client.

Heroes of the Storm 2.0 Highlights:

In addition to the updates coming with Heroes of the Storm 2.0, a new challenger is joining the Nexus! Cassia, Amazon Warmatron of the Askari joins the line-up, bringing the glory of the Diablo II “Javazon” to Heroes! Wielding the power of lightning and a sturdy shield, Cassia asserts her will over any Battleground as a highly aggressive ranged Assassin whose Avoidance trait allows her to mitigate even the strongest physical attacks. Cassia has three basic abilities: Lightning Fury is a projectile that can damage an enemy, but also splits into two lightning bolts, dealing additional damage to other nearby foe; Blinding Light blinds enemies in the target area for 2 seconds and increases Cassia’s damage output by 15%; and Fend sends a damaging charge at enemies every 0.25 seconds, for a duration of 1.5 seconds. Cassia’s Heroic Abilities include Ball Lighting, which when thrown, bounces between her and nearby enemies, damaging them in its path. She also has Valkyrie which when summoned, rushes to Cassia, pulling and damaging the first enemy Hero hit, and stunning them for 0.5 seconds at the end of her path.

Cassia is available to test on the PTR from today!

In other Heroes of the Storm news, new specialist hero, Probius, has made his way out of the Public Test Realm and into the live game! Since his activation, Probius has always wanted to prove himself. He may be small, but he made a big difference by warping in a critical pylon during the retaking of Aiur. As the bravest of probes, Probius is eager to fulfil his purpose in the Nexus. His first trait is Warp In Pylon which generates a power field and grants vision of the surrounding area. His basic abilities include Worker Rush, which adds an additional 50% movement speed for 5 seconds; however be careful, as taking damage ends this effect early. Probius also has Disruption Pulse; a burst of energy that deals 150 damage to all enemies it passes through. Probius can also open an unstable Warp Rift that takes 1.25 seconds to arm, but then slows nearby enemies by 20%, lasting 9 seconds. Warp Rifts hit with Disruption Pulse will explode for 261 damage to all nearby enemies. Pylon Overcharge is the first of his two heroic abilities, and increases the size of Pylon power fields, while also allowing them to attack enemies within it for 110 damage per second, for 10 seconds. Null Gate is his second heroic ability, and allows Probius to project a barrier of negative energy in the target direction for 4 seconds. Enemies who touch the barrier take 64 damage per second and are slowed by 80% for as long as they remain in contact with it.

We’re excited for this new chapter in Heroes of the Storm which will launch on 26 April AEST/NZST!