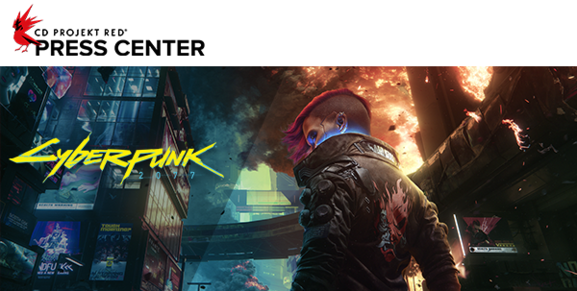 Here’s your first look at Cyberpunk: Edgerunners! Coming to Netflix this September!

CD PROJEKT RED, creators of Cyberpunk 2077, together with Netflix and Studio Trigger present all new promotional materials for the upcoming Cyberpunk: Edgerunners anime, including a new key visual, a teaser trailer, and a production documentary video. The parties have also announced that the show will premiere in September of this year.

Revealed during Netflix’s Geeked Week, an event dedicated to geek culture shows, movies, and games available and set to arrive on the streaming platform, the new assets mark the first time Cyberpunk: Edgerunners has been shown off in motion — in the form of a teaser trailer as well as the first part of a series of behind the scenes videos.

In addition to commentary about the show’s development from key CD PROJEKT RED staff involved in the project, the documentary also features first-look stills and concept art as well as an exclusive clip and scene breakdown from the anime. Future behind the scenes videos will cover other aspects of the show, with extra insight from members of Studio Trigger.

The new key visual for Cyberpunk: Edgerunners, drawn by chief character designer of the show Yoh Yoshinari and released as part of Geeked Week, presents the show’s protagonists, David and Lucy. The pair is also shown throughout the teaser trailer and behind the scenes video, along with other major and minor characters of the show.

Cyberpunk: Edgerunners tells a standalone, 10-episode story about a street kid trying to survive in a technology- and body-modification-obsessed city of the future. Having everything to lose, he chooses to stay alive by becoming an edgerunner — a mercenary outlaw also known as a cyberpunk.