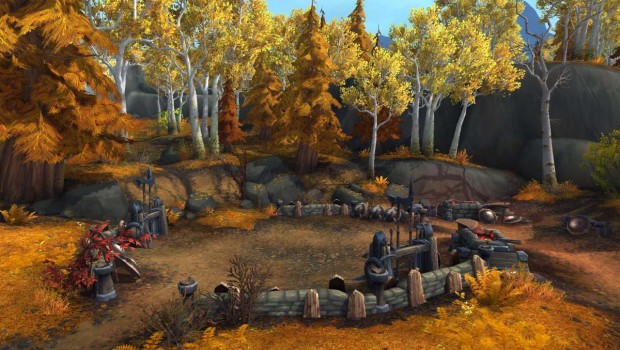 Hellfire Rains on Azeroth in World of Warcraft: Legion

SYDNEY, Australia—August 7, 2015—Doom comes for the Alliance and the Horde as a great burning shadow falls over Azeroth. During an event streamed live around the world from gamescom 2015, Blizzard Entertainment today unveiled World of Warcraft®: Legion™, the sixth expansion to its acclaimed massively multiplayer online role-playing game. 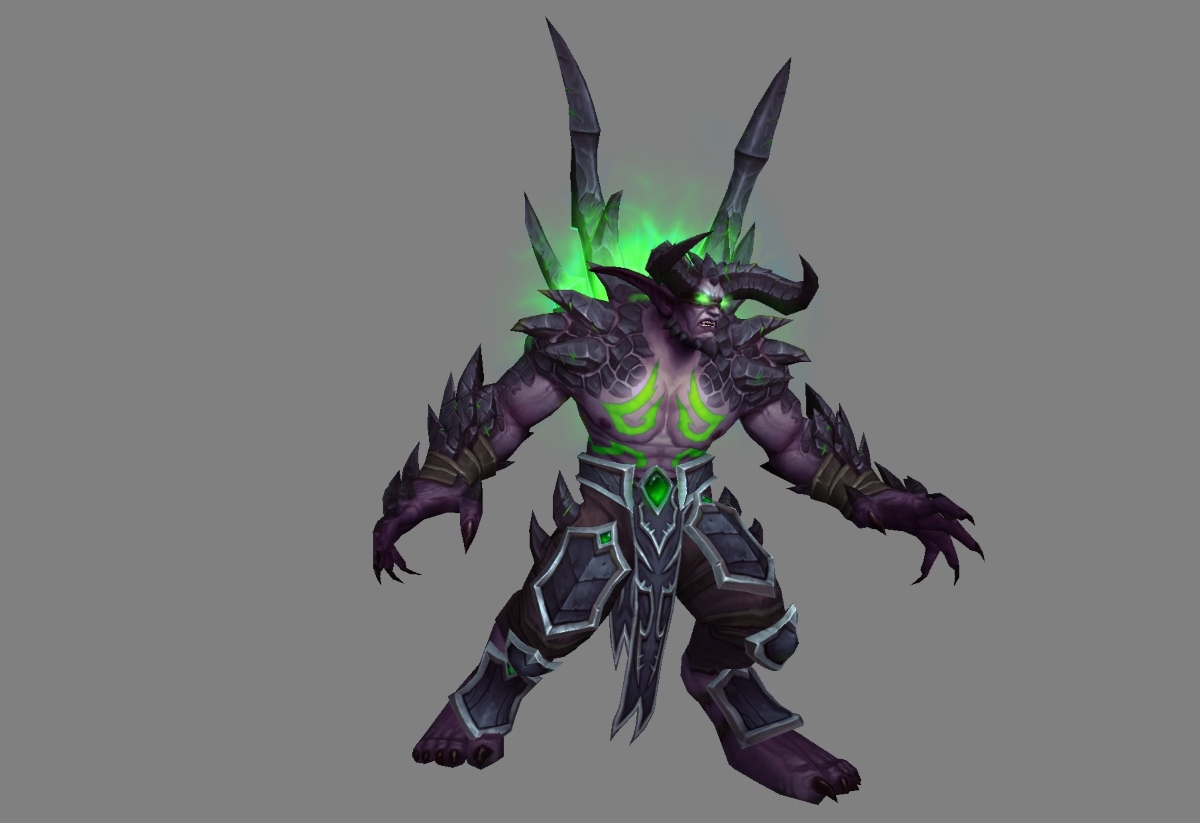 In this dire new chapter of the Warcraft® saga, the demonic Burning Legion has returned, seeking to call forth their fallen leader—the dark titan Sargeras, Ravager of Worlds. As destruction rains across Azeroth, its heroes must seek salvation among the ruins of the Broken Isles, doomed centre of ancient night elf civilisation and birthplace of myths dating back to the world’s creation. In the face of hopeless odds, they must learn to master mighty Artifacts—legendary weapons that hold the potential to bring down the corrupted armies of the Legion—and strike an infernal pact with the dread Demon Hunters of the Illidari . . . accursed followers of the infamous Illidan the Betrayer. 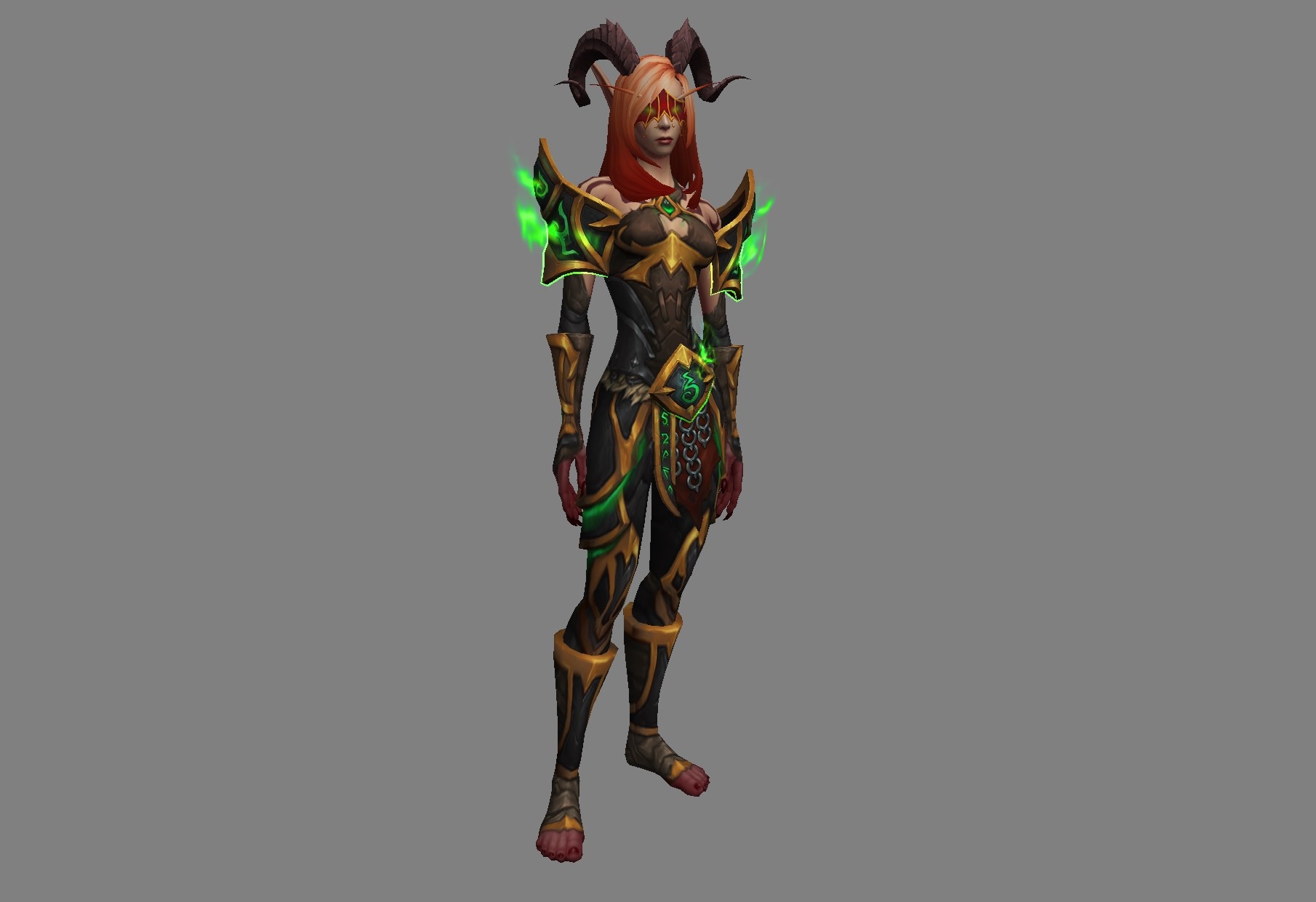 World of Warcraft: Legion ushers in an era of unprecedented conflict for the Alliance and Horde as the Burning Legion’s crusade against creation enters a terrifying new stage. The expansion is loaded with features and content that will transform players into Azeroth’s elite vanguard against the shadow, including:

“In World of Warcraft: Legion, the stakes for the Alliance and the Horde are higher than ever, so we’re putting some of Azeroth’s deadliest forces directly in players’ hands,” said Mike Morhaime, CEO and cofounder of Blizzard Entertainment. “Whether they’re wreaking havoc as a Demon Hunter or unlocking awesome new abilities for their Artifact, players will develop their characters’ power in ways they never have before.”

Stalk Your Prey as a Demon Hunter

Dexterous and deadly, World of Warcraft: Legion’s new Demon Hunter hero class turns the twisted power of the Burning Legion against them. Drawing on fel forces to fuel their attacks, Demon Hunters pursue their prey with uncanny agility, dodging away from danger and closing on enemies in the blink of an eye. Demon Hunters sacrifice their natural vision for Spectral Sight—preternatural perception that allows them to detect targets that regular mortals could not normally see. Whether avatars of Havoc (damage-dealing) or Vengeance (tank), these melee-focused assassins unleash pent-up fury in the form of devastating attacks—even metamorphosing into terrifying demonic forms in moments of great need. 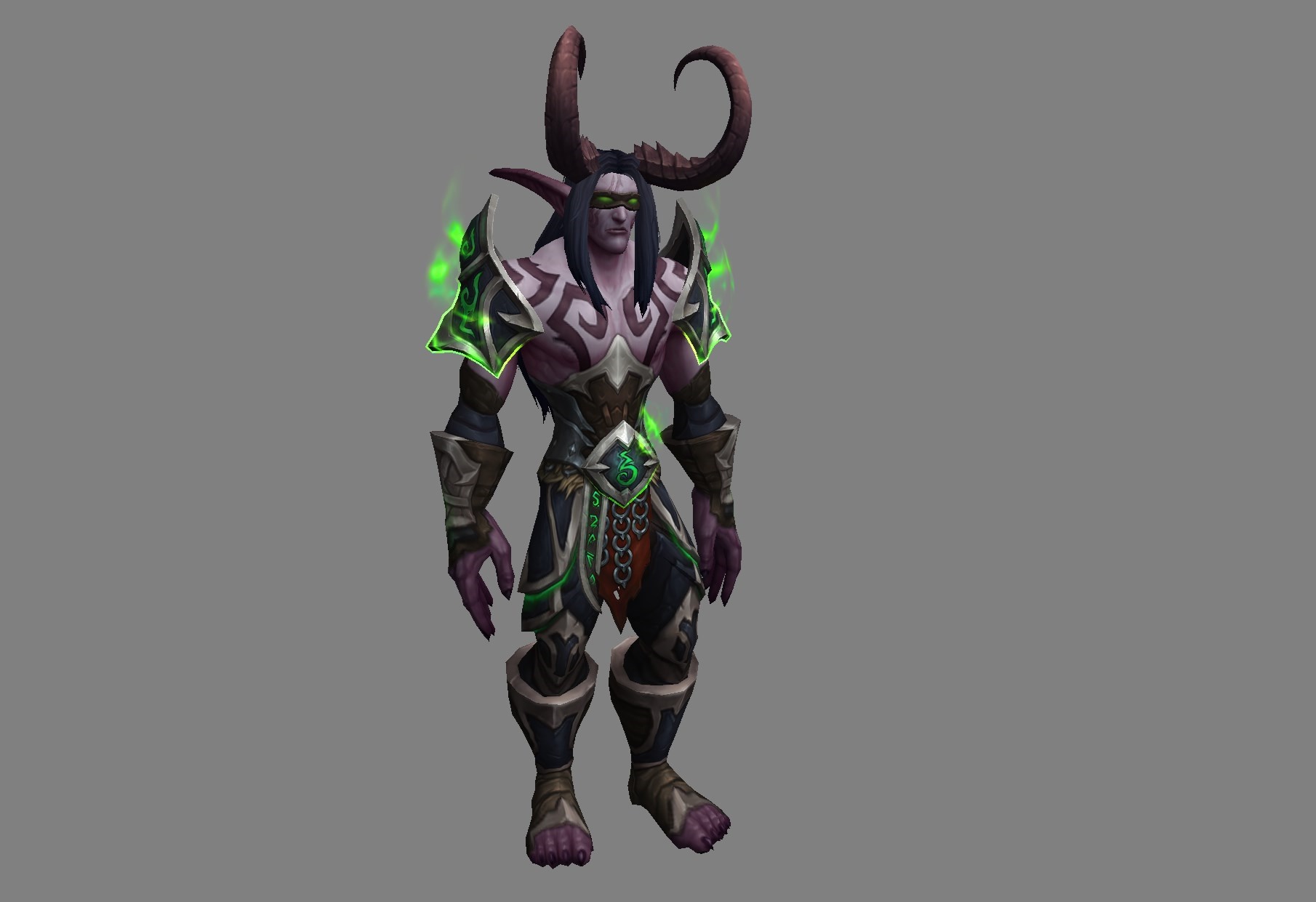 Wield Legendary Artifacts Against the Legion

To face the seemingly unstoppable might of the Legion, the heroes of Azeroth will need a legendary arsenal worthy of the task. World of Warcraft: Legion equips every champion with their own Artifact—a class-specific, highly customisable weapon forged in the fires of Warcraft mythology. Each character’s Artifact grows in power with its owner, and players can personalise their Artifact with perks, abilities, and appearance-altering characteristics that reflect the hero wielding it, transforming the Artifact into an instrument of order . . . or twisting it into an implement of devastation.

The Broken Isles and Beyond

World of Warcraft: Legion sends players on a forbidden journey to the ruins of the Broken Isles in search of the mythic Pillars of Creation—powerful titan relics said to have shaped Azeroth, and last hope for the world’s salvation. Once the magnificent seat of ancient night elf civilisation, the Broken Isles are now haunted by twisted elven aberrations, horrors from the Emerald Nightmare, and other grim remnants of legends long forgotten. Among the Isles, players will face the armies of the Legion and other dark forces across an array of all-new zones, dungeons, raids, and more on the way to the new level cap of 110.

With the Horde and the Alliance in disarray, players must seek out and bring together other like-minded champions to stand against the demonic hordes. In Legion, each player will take charge of an Order Hall—a site of great power linked closely to a character’s class and cause. The Order Hall will serve as each hero’s base of operations—and a bastion of hope—during their journey to the Broken Isles. From there, players will send NPC followers on missions to help defend Azeroth from the demonic incursion . . . and forge their Artifact into a Legion-felling force to be reckoned with. 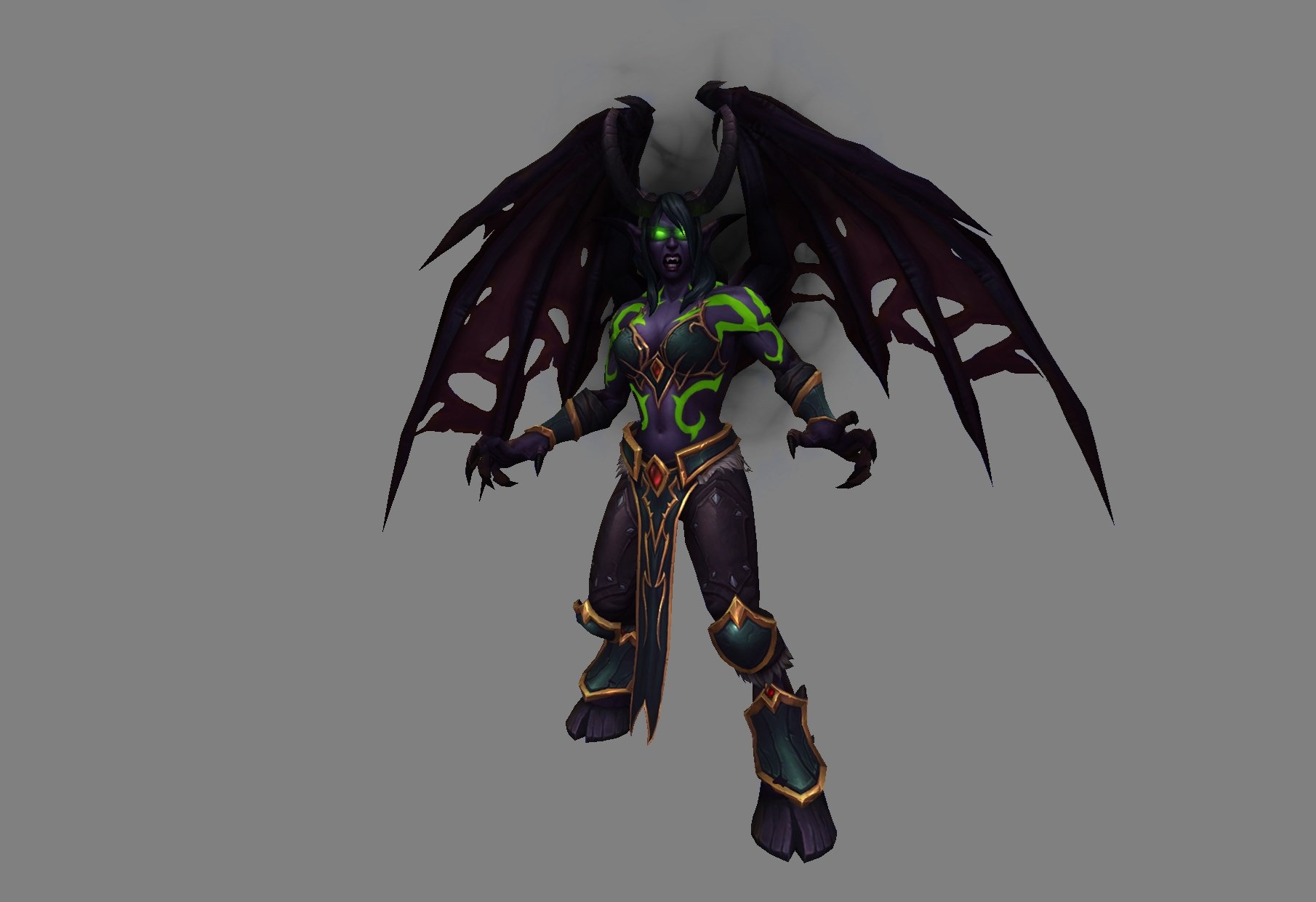 For those seeking glory in Arenas and Battlegrounds, Legion also features a new Honour system that provides an entirely new PvP progression path. As players dominate the enemy faction, they’ll unlock PvP-specific spells and abilities that open up a range of new tactical possibilities, and earn prestigious new titles and rewards.

To help the heroes of Azeroth prepare for the coming invasion, World of Warcraft: Legion will allow players to boost one character to level 100, including a newly created character, quickly getting them primed and ready to battle the Burning Legion alongside their friends.

For more information about World of Warcraft: Legion or to sign up for the beta test scheduled to begin later this year, visit www.worldofwarcraft.com/legion. For screenshots, videos, and other media, visit the Blizzard Entertainment press site at http://blizzard.gamespress.com/en-AU/World-of-Warcraft. 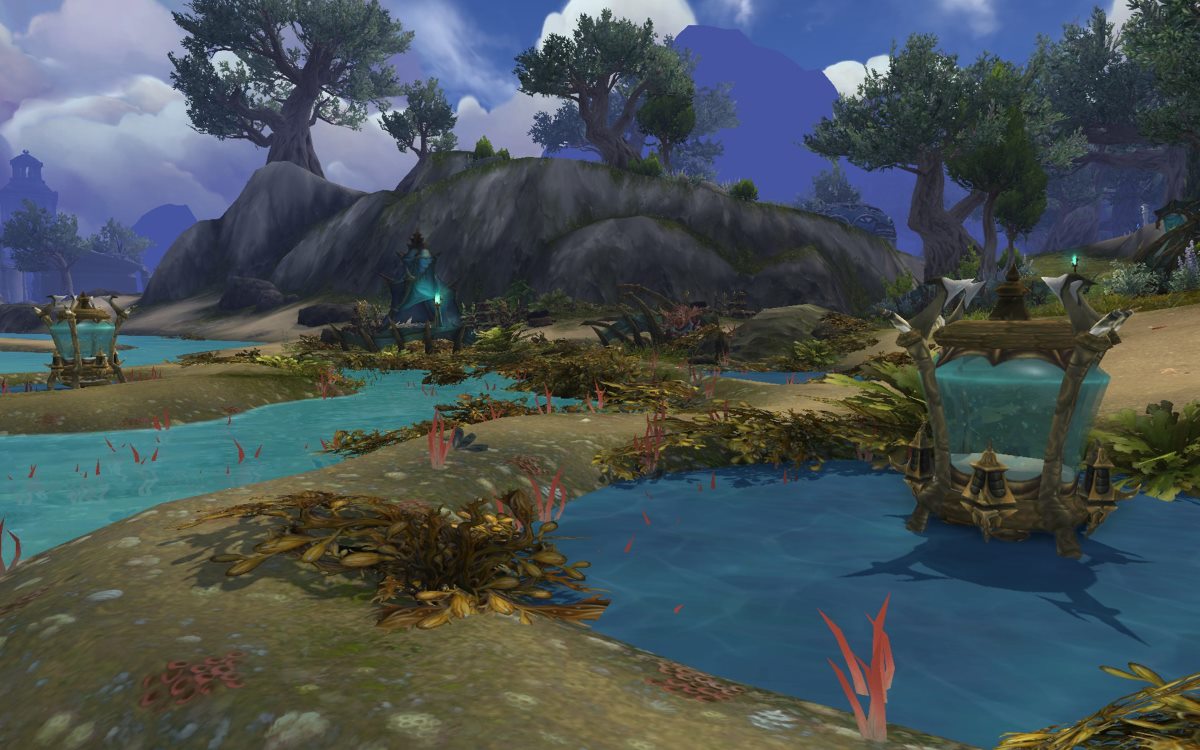