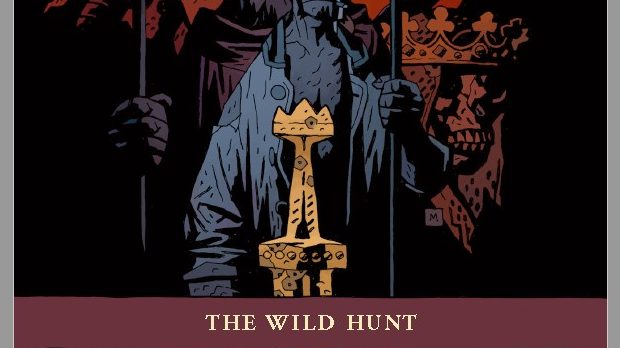 Summary: In England to hunt Giants, Hellboy soon finds himself with a much more dangerous foe.

Given this story is the inspiration for the Hellboy movie reboot, it is not too surprising to see it re-released. For those who haven’t already read The Wild Hunt this is a great opportunity to delve into another aspect of our favourite red skinned hero. Called to England to take part in an ancient ritual hunt of Giants… Hellboy soon finds himself faced with a much more dangerous opponent and learns he has a much deeper connection to the land he finds himself in than he perhaps knew. 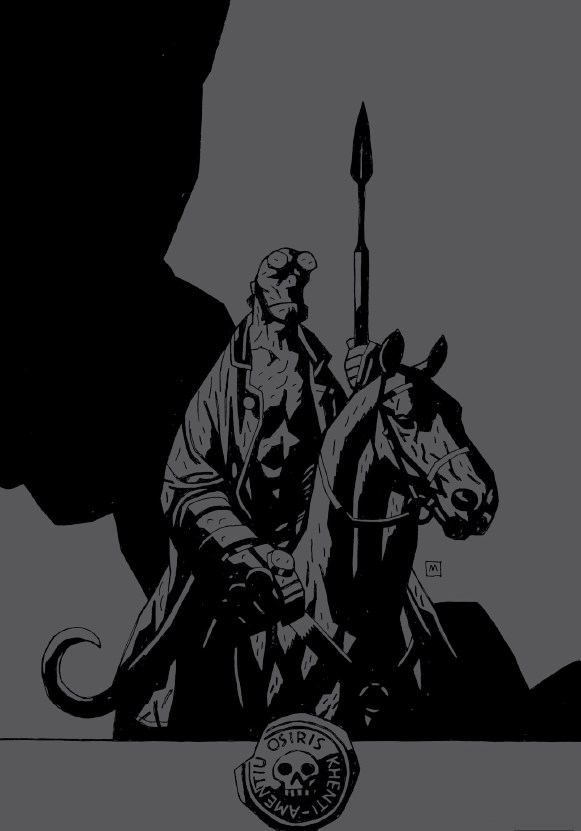 The Wild Hunt is one of those brilliant stories that uses a character who isn’t entirely human to explore humanity itself. Faced with some pretty major decisions, Hellboy reflects on who he is more than many of us do and perhaps should. What, on the surface, could seem like “just another Hellboy” story… is in fact able to be read far deeper than that. As Mike Mignola himself says, this is part of a three volume epic… but it does indeed stand nicely on it’s own. It examines Hellboy as a character more than many of the other stories do and is a far more impactful story for that fact. 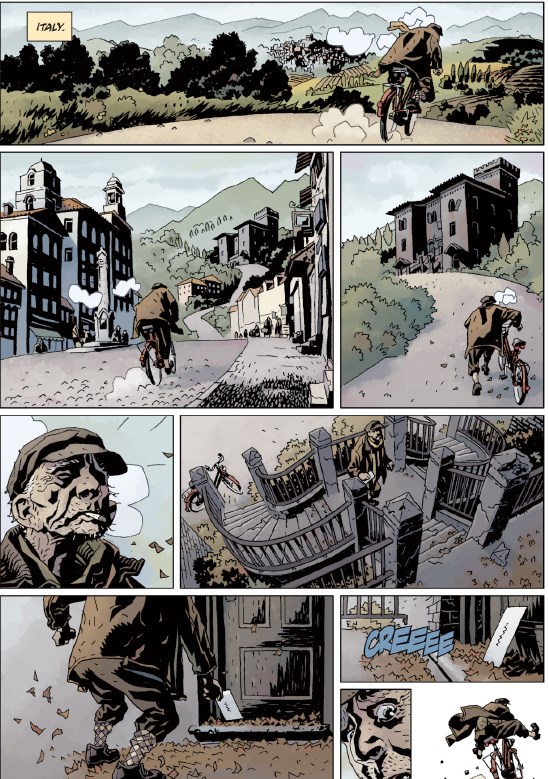 As always the art picks up where the words stop and there are some absolutely heart wrenching panels here that say more than words alone could. Without giving too much away, there are some panels later in the story that show Hellboy contemplating his possible future, deciding what to do. He has an opportunity ahead of him but he doesn’t simply reach out and grab it… he considers himself, what he has done, who he is and what he may do in the future. There is so much we can gather just from the way Hellboy is depicted… slumped on a seat… the weight of the whole world seemingly (and perhaps practically) on his shoulders. 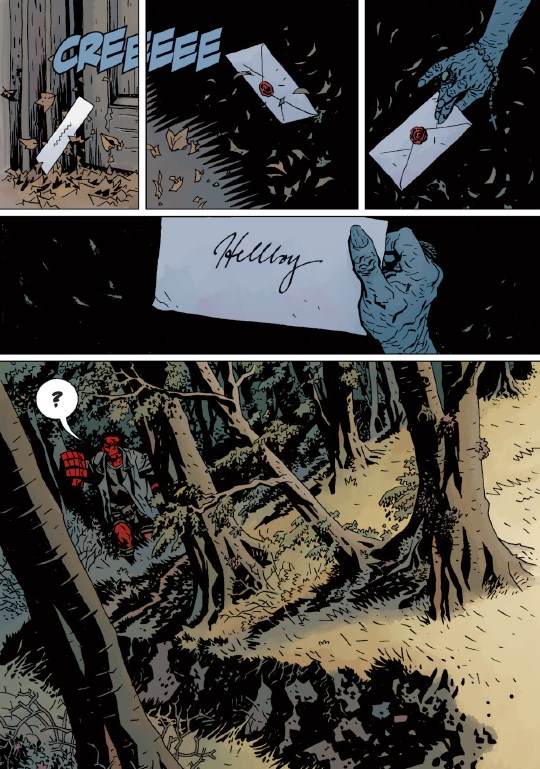 If you want to get a head start on what to expect of the new movie (though please don’t let this ruin your enjoyment of the movie’s interpretation of the story)… this is a good chance to find out what we might be in store for. Whether you are a movie fan or not… as Mike himself said this story “stands nicely on it’s own” and whether you want to go on to watch the cinematic telling or you are content to just read the story… do yourself a favour and grab a copy because it’s a great look into Hellboy’s thoughts rather than just his actions. 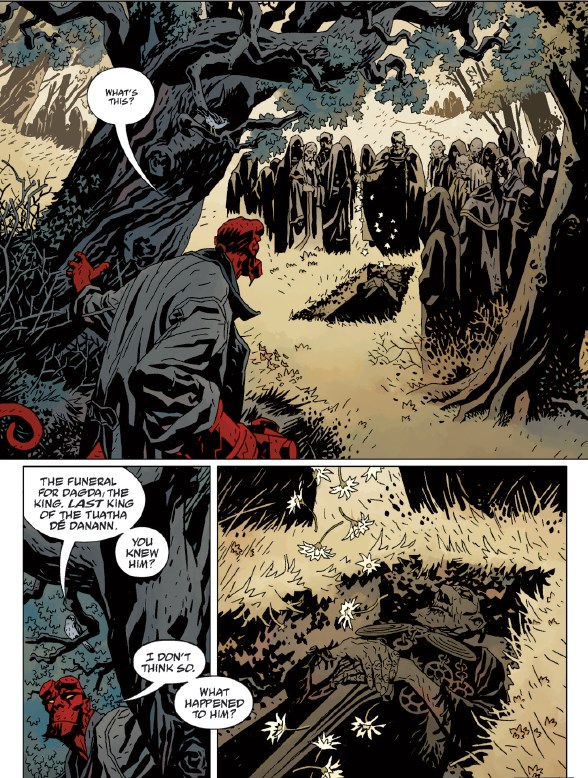