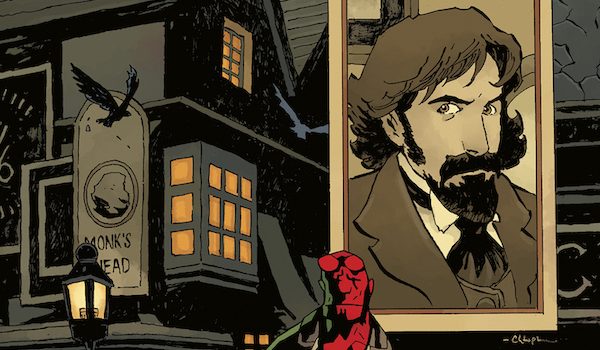 Who stood against the forces of darkness in the days long before Hellboy and the B.P.R.D.?”

This October, Dark Horse Comics will debut Hellboy: The Silver Lantern Club, an all-new 5-issue comic book series by legendary Hellboy creator Mike Mignola and bestselling iZombie co-creator Chris Roberson, featuring art by Christopher Mitten and Ben Stenbeck, with colors by Michelle Madsen. Each stand-alone issue of the series focuses on a different Victorian occult investigator who battled evil years before Hellboy was on the scene. 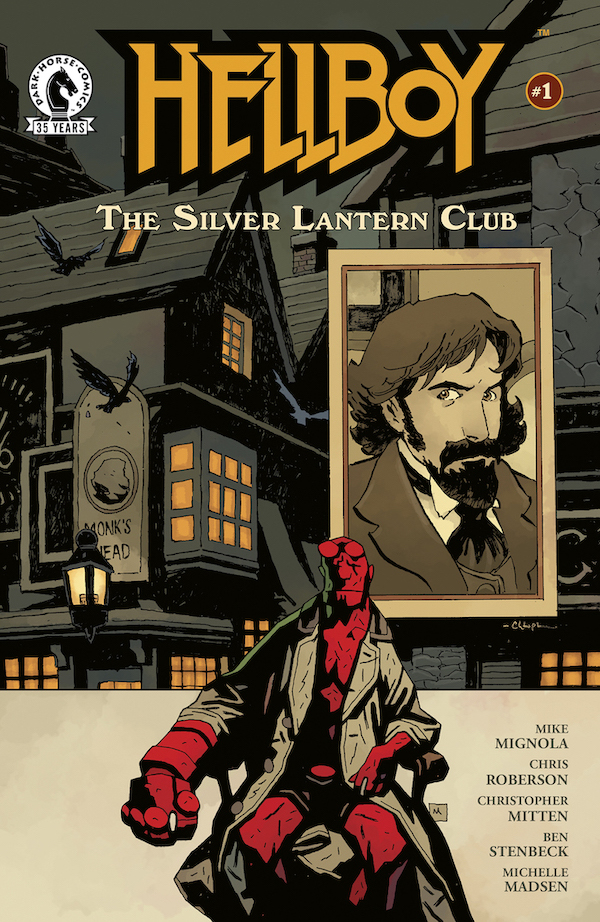 “Over the years readers have gotten to know a few of the people who investigated the occult and supernatural long before Hellboy and the B.P.R.D., like the Witchfinder himself Sir Edward Grey and the globetrotting Sarah Jewell,” said Chris Roberson. “But Sir Edward and Sarah were just two members of the Silver Lantern Club, a group of occult investigators who met regularly in a London tavern to swap stories over drinks. In Hellboy: The Silver Lantern Club Hellboy and Professor Bruttenholm take a break from an ongoing investigation to meet up with the professor’s Uncle Simon at that same tavern, who was a member of the club himself, to hear stories of the glory days.”

In the debut issue, Hellboy learns about the mysteries of an exorcism gone wrong and more when his occult investigator relative reveals secretive and perilous adventures of one of the Hellboy Universe’s most mysterious societies. Silver Lantern Club member Simon Bruttenholm relates a tale from the dawn of radio, in which Sir Edward Grey and Sarah Jewel go toe to toe with . . . technology?

Each issue will follow Hellboy and Trevor Bruttenholm, drawn by Stenbeck, as they hear a new occult adventure from the Silver Lantern Club’s history, drawn by Mitten.

Just in time for Halloween, co-writers Mike Mignola and Chris Roberson expand the Hellboy universe with a new tale of strange spiritual happenings. Hellboy: The Silver Lantern Club issue 1 will be published by Dark Horse Comics on October 27, 2021 as a full-colored 32-page comic. Mignola, Mitten, and award-winning colorist Dave Stewart provide the cover for the debut issue.