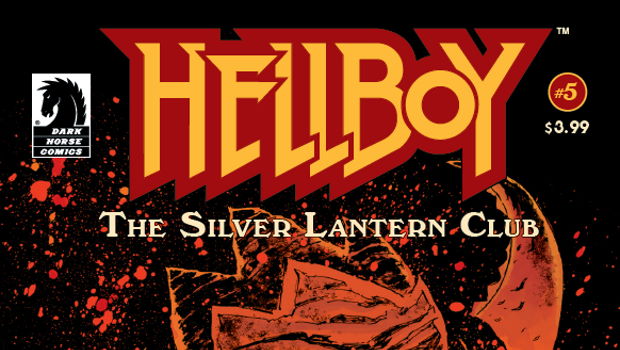 Summary: Professor Bruttenholm and Hellboy finally manage to leave the pub and get to their investigation... but Uncle Simon decides to join them and inevitably recounts another story of The Silver Lantern Club.

Finally breaking free of the pub, Professor Bruttenholm and Hellboy, with Simon Bruttenholm in tow, head off to investigate “Dead Man’s Walk”. With an anecdote inspired by seemingly anything, it’s not long before Simon is again recounting a tale of the adventures of the Silver Lantern Club… this time a case that required all their efforts combined to solve. 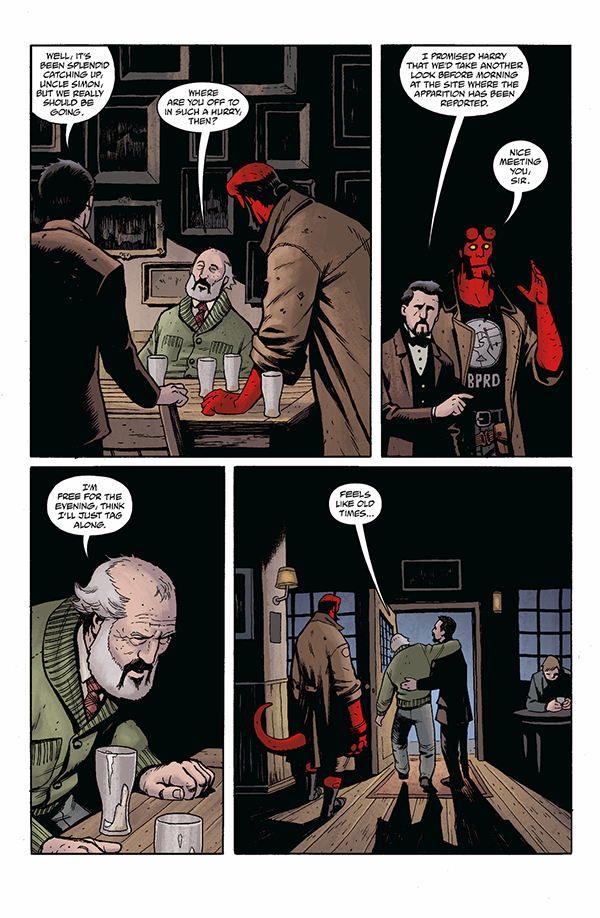 I really enjoy the tone of these stories. There’s such a heavy implication that Professor Bruttenholm has heard all these tales before and just wants to get on with his work, while Hellboy seems quite eager to hear more of the legendary Silver Lantern Club and whether through politeness or true interest seems to keep encouraging Simon to recount “just one more tale”. Then when we are “transported” back to the adventure being recounted, we have a thrilling detective story of sorts… putting all the clues together to determine what they are really up against. Making connections between the old case and the current one leads Professor Bruttenholm to a breakthrough that enables Simon to lead them all back to the pub… it’s a fun and lovely story arc. 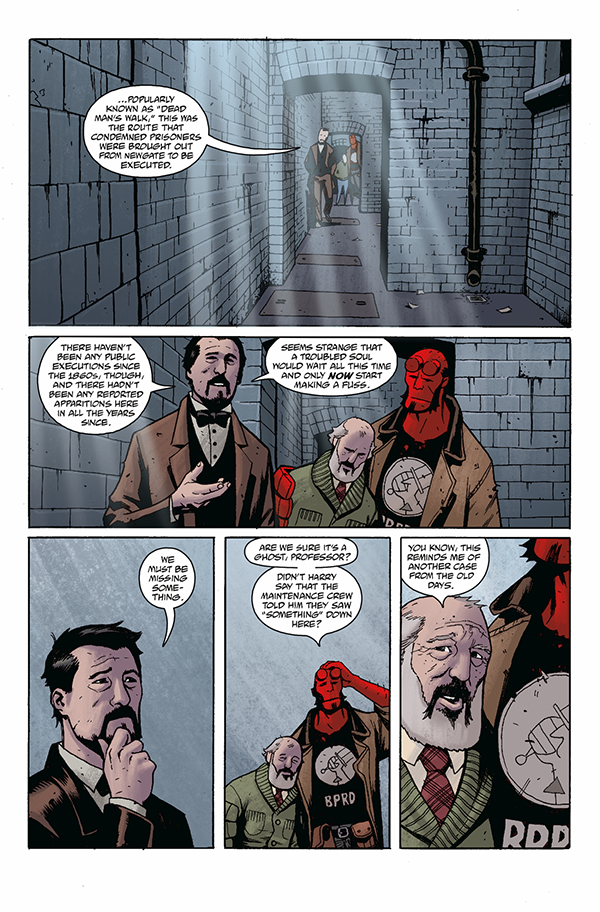 The shift in art styles between the (story) present and the recounted tale does a great job of emphasising the different elements of the story. The “present” panels have a little more detail and depth to their colouring. The recount of events is a little “softer” ever so slightly less detail and a flatter shading… almost like looking at an image through the haze of memory (or is that just my memory?). It works well thematically and visually to separate the two sections. 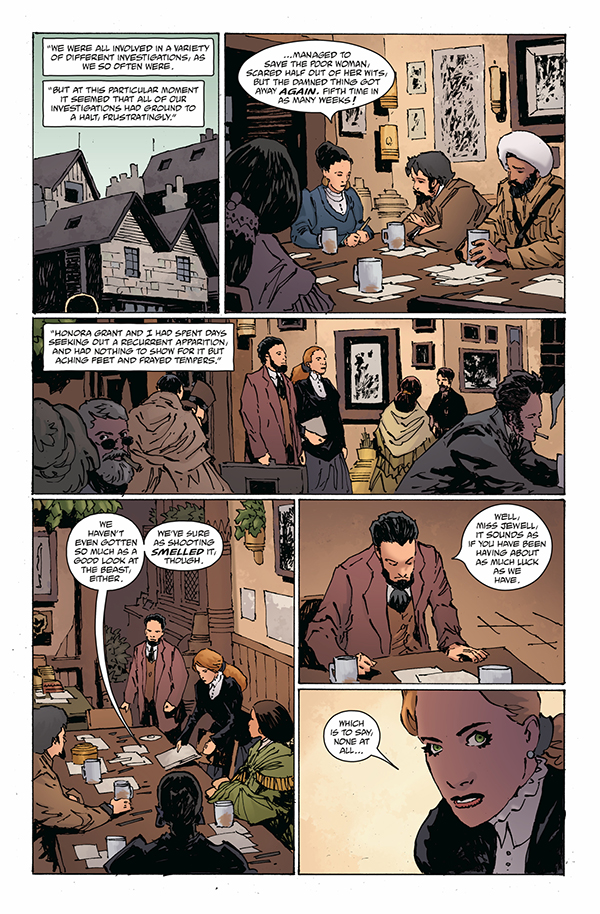 It’s somewhat telling that even when Professor Bruttenholm is clearly a bit over hearing all the tales of the Silver Lantern Club… he still has an ear open and is taking it in. Why pass up clues from past cases if it can help the current… even if it does take a long time to get through the story and may lead to yet another tale of the antics of the Silver Lantern Club? I think this is a great series for adding to the depth of Professor Brutteholm’s family involvement in occult/paranormal studies and getting a glimpse into Hellboy’s interaction not just with Professor Bruttenholm but with their extended family members too. A great fun read! 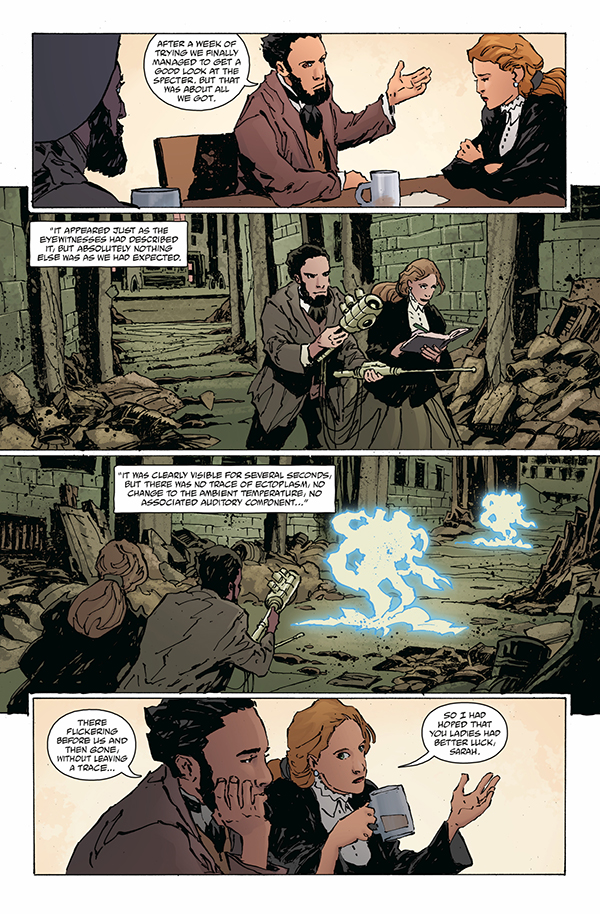