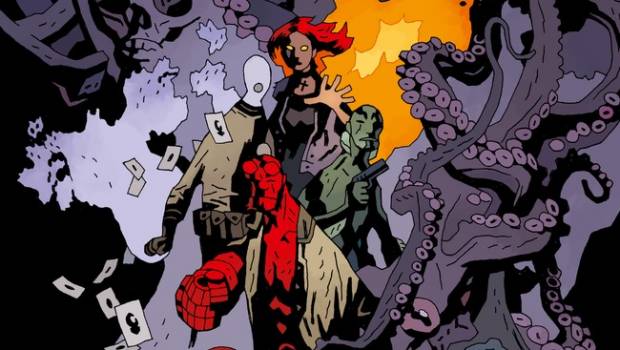 HELLBOY: THE ROLEPLAYING GAME COMING TO KICKSTARTER THIS SUMMER 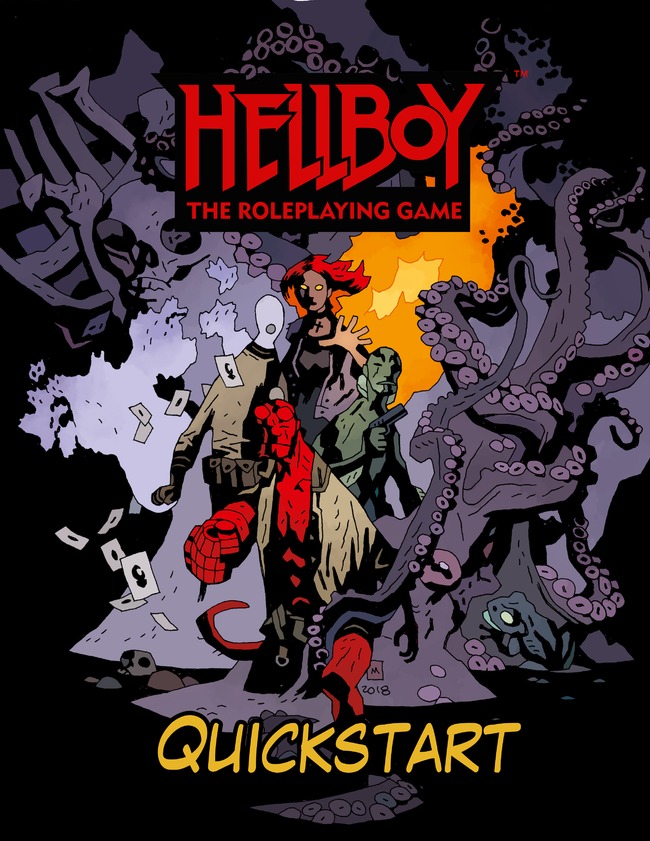 Powered by the world’s most popular RPG ruleset, Fifth Edition, Hellboy: The Roleplaying Game gives you the tools to step into the shoes of a B.P.R.D. agent, ready to face the forces of evil. You can become a field researcher skilled in the study of the occult, a hard-nosed B.P.R.D. security agent, a rookie with hidden supernatural powers, and more…. The choice is yours.

Once the Kickstarter launches, you will be able to try the roleplaying game for yourself with a detailed quickstart that features six pre-generated characters, all the rules needed to play, and a unique adventure inspired by the Hellboy graphic novels, written by Red Scar.

“We can’t wait to bring Hellboy back to Kickstarter,” said Ronnie Renton, CEO of Mantic Games. “The roleplaying game is going to be a fantastic new way to experience Hellboy on the tabletop. The team at Red Scar has done an amazing job of capturing the feel of the Hellboy universe. Plus, your miniatures from Hellboy: The Board Game will be compatible with the RPG, which will bring a whole new lease of life to your awesome mini collection.”

Mantic Games launched Hellboy: The Board Game on Kickstarter in 2018 and raised almost two million dollars during the campaign. The board game is a co-operative experience in which players face off against some of the comic’s most famous foes. Up to four people take control of iconic B.R.P.D. members––Hellboy, Abe Sapien, Liz Sherman, and Johann Kraus––before exploring gothic locations, uncovering ancient artefacts, and battling one of Hellboy’s most notorious foes, Rasputin! After launching at retail last year, the game is now available in multiple languages (French, Italian, Portuguese, and Russian) and is on its fourth reprint after selling out worldwide.

To be notified as soon as the Kickstarter goes live, head to the pre-launch page and click ‘notify me.’ https://bit.ly/3fUHWDg