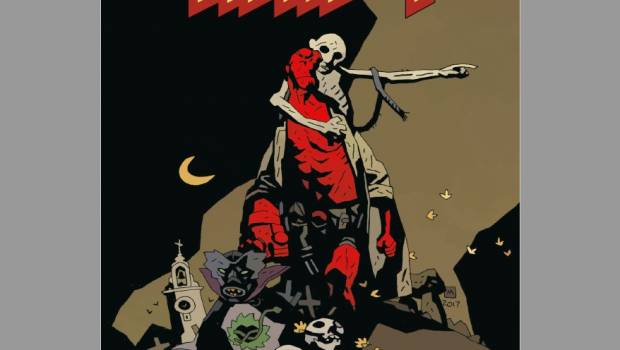 Summary: This collection gives us the chance to see Hellboy as... a boy and watch him grow into the man we know and love.

There’s a reason this is called the complete short stories… it doesn’t just collect a great selection of stories about Hellboy… it covers his highs and lows and even shows more of his youth (than I think I’ve ever seen before). We also get a great Mexican adventure that delves much more deeply into Hellboy’s emotions than we generally see. 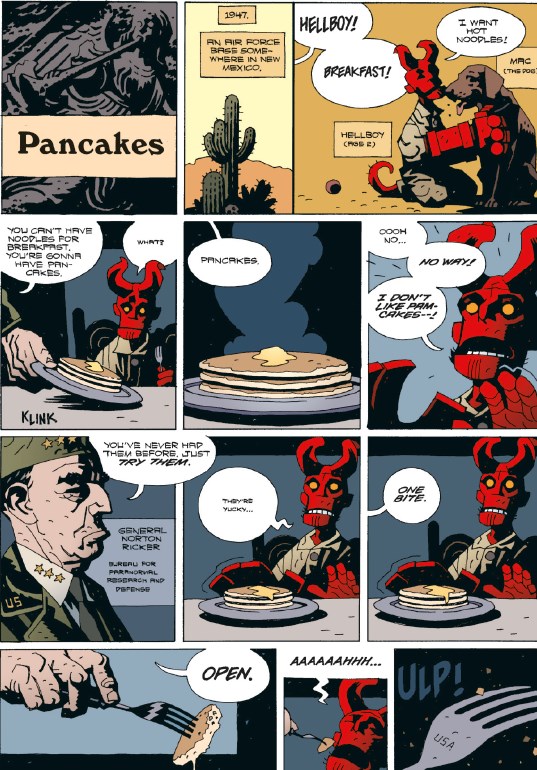 As mentioned, I don’t think I’ve seen much of Hellboy’s youth before, there are the usual glimpses of him when telling and retelling his origin and how he was brought into the world… but that is generally where it ends. This collection starts with a couple of stories that perfectly show how Hellboy may look different on the outside… but he is, in his heart, a human. To see his childish reaction to being offered a new food and the knock on effect that experience will have is a nice little light hearted start to the collection. This is then followed by a story showing that children are curious creatures whether they are red with tails or more “typical” in appearance. But I think the most touching story comes from the collection of his time in Mexico. We’ve seen Hellboy show emotions before and he certainly has his ups and downs… but there is something about that story arc that seems to have more resonance… or to be more deeply moving than other emotional arcs he’s had. I may also have got a little thrill seeing my historic family name show up in one of the stories as well (Connacht who became O’Connor). 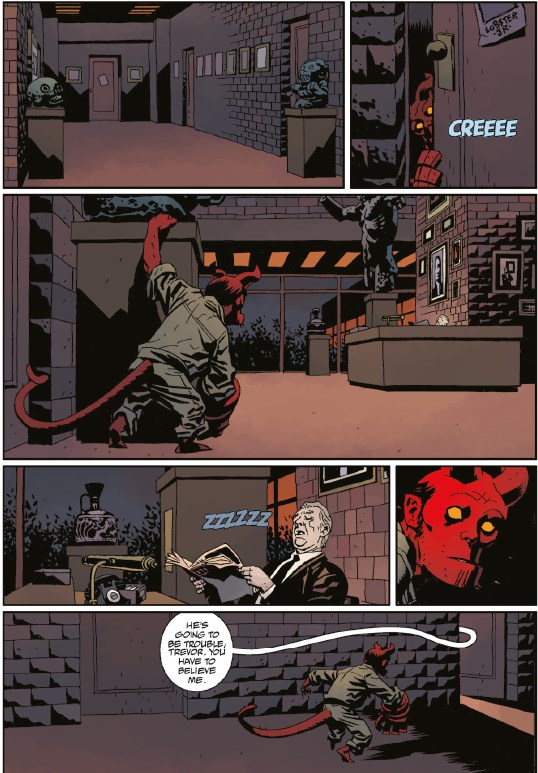 There are a number of different artist’s takes on Hellboy within these pages and to a large extent the different styles are used to form breaks in the story arcs being told. We start, quite naturally, with Mike’s familiar art, this is segued nicely into Duncan Fegredo’s work which starts very similar to Mike’s ink work but then moves to a line and wash style which perfectly suits the fantastical world of the circus. Subsequent stories feature a range of artists giving each story a slightly different (or more pronounced different) look which works well for stories that you could imagine being retold by various people… each person adding their own twist to it, the core is the same but subtle differences add a sense of intrigue. 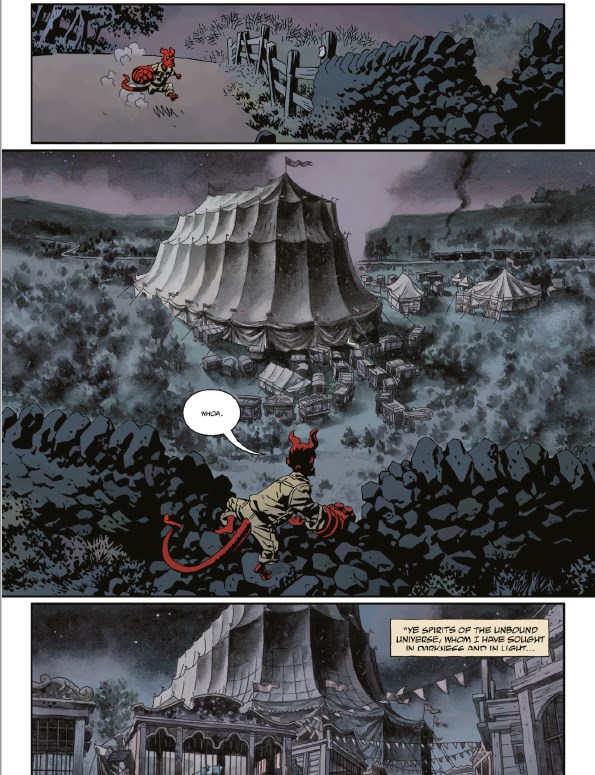 I love the playfulness that starts these stories and seeing that familiar childish curiousity exhibited by the young Hellboy. I felt sorry for Hellboy and what he went through in Mexico but also felt I understood him better as a character for having gone through that experience. As much as these stories focus on the events that Hellboy investigates, or finds himself getting involved in, they are also very much an exploration of who Hellboy is. Unquestionably a great collection to add to your Hellboy library… filling in some of the gaps in his life and giving a few giggles along the way. 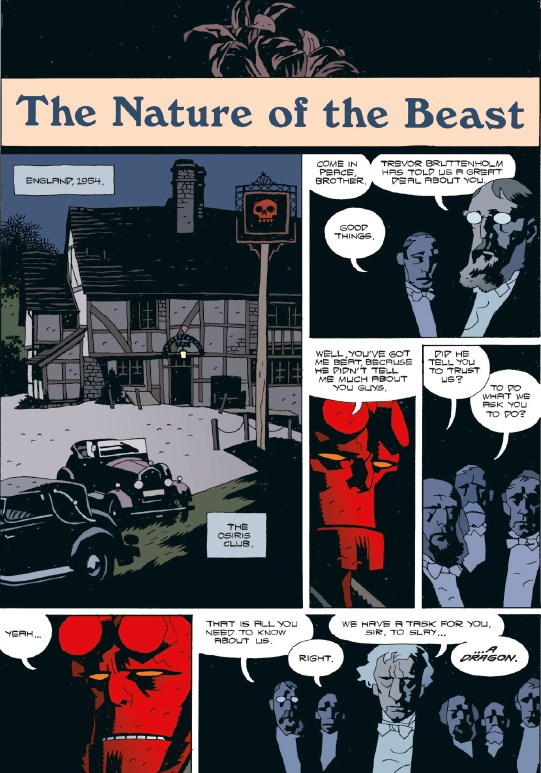