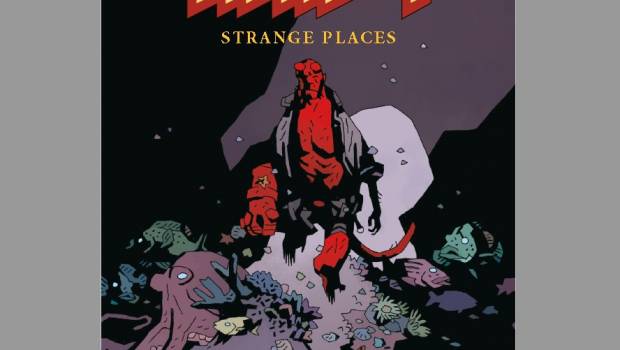 Summary: The Hellboy Omnibus series continues and doesn't disappoint with this collection of stories covering Hellboy's "purpose" and his exploration of what it means to be who he is.

Part of the charm of Hellboy I think is the playing a character against type. When you appear to be a giant red devil walking among humans… it’s not unreasonable that people’s first reaction is that you are a bringer of doom. The fact that Hellboy is the complete opposite (at least via intent) is part of what makes him so great. At least in the Mignolaverse it seems to answer the question of whether nature or nurture has more of an impact on a person’s character. This collection of stories looks into Hellboy’s humanity and coming to terms with what he was brought to earth to do compared with what he wants to do. 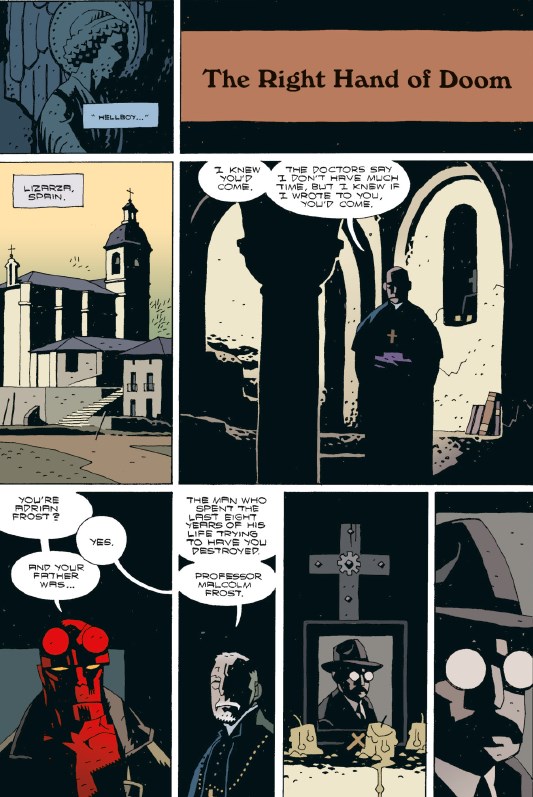 As mentioned, a strong part of the Hellboy character is his intended purpose versus the life he chooses for himself. When you have your future told to you in such detail (so often) it must be hard to turn your back on it… but Hellboy is the rebel with a golden heart we probably don’t deserve but are lucky to have. I couldn’t help but read the stories and think of how Hellboy’s start on Earth formed his morality so strongly… the acceptance he was shown (after initial shock) that taught him how to be “human” and thanks to that upbringing he often shows more humanity than many of us. Though he works quite well alone, a number of key moments in these stories show just how much he cares for his team mates. He believes in redemption not just because he believes in others but possibly also because he needs to believe we can be more than what we are told we are for his own sake. 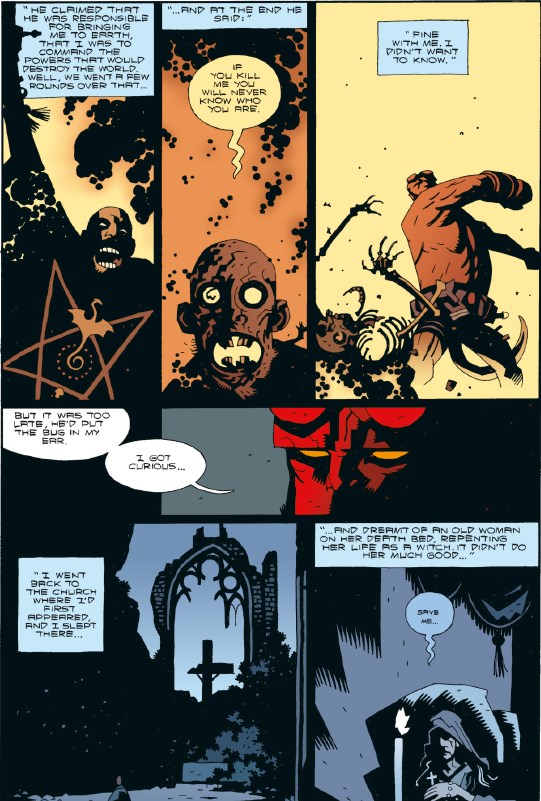 As long time readers of Hellboy will know Mike Mignola frequently works with Dave Stewart and that partnership continues here much, no doubt, to our pleasure. I love their collaboration and could go into details about it… but I’d rather comment on the different artists working on this collection. Specifically one particular panel grabbed my attention and it’s not for any exquisite detail or fantastical imagining… it’s for it’s simplicity. In the story Being Human, there is a panel in the lower right… it is of Hellboy, predominantly in silhouette, with a touch of backlight to accent his goatee, other than that it’s just his yellow eyes. There’s something about that panel that just really appealed to me so credit to Richard Corben for that one… I don’t know what you did exactly but it really grabbed my attention. Gary Gianni deserves a hearty nod also for his work on Into the Silent Sea… his line work transports you straight to the classic naval stories, almost like a story happening alongside Moby Dick but spoken of only in whispers. 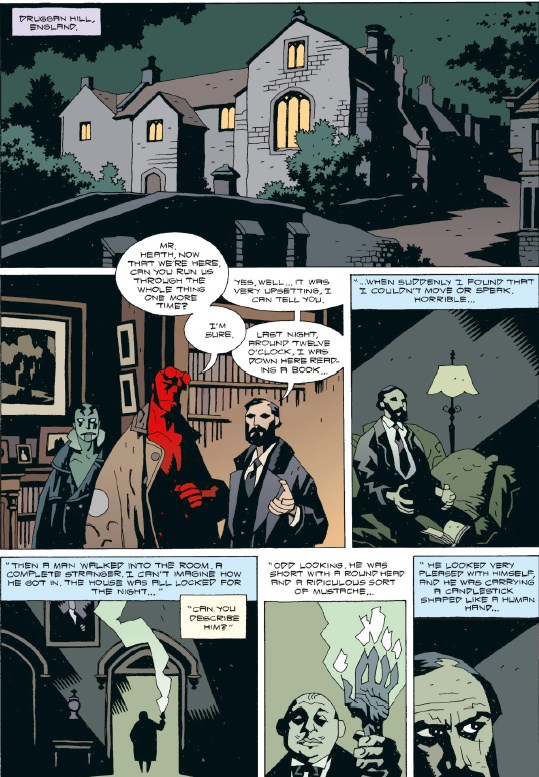 There’s a bit of humour here (I love the line about the coats), there’s action, there’s the paranormal… but there’s also heart. I fell for Big Red when I took the deep dive and there’s no letting up. These stories just add to the robustness of the Mignolaverse and belong right in your collection with all the others (you have been collecting them haven’t you?). There’s a good mix between the stories too with Hellboy both working solo and with his team mates. Helping his friends learn the ropes and also looking into himself to figure out what he wants. Grab your copy… read through it all and add it to your growing Hellboy library… preferably on an antique book shelf in a lovely study with an open fireplace… you don’t have one of those… neither do I… but wouldn’t it be just perfect for your collection. 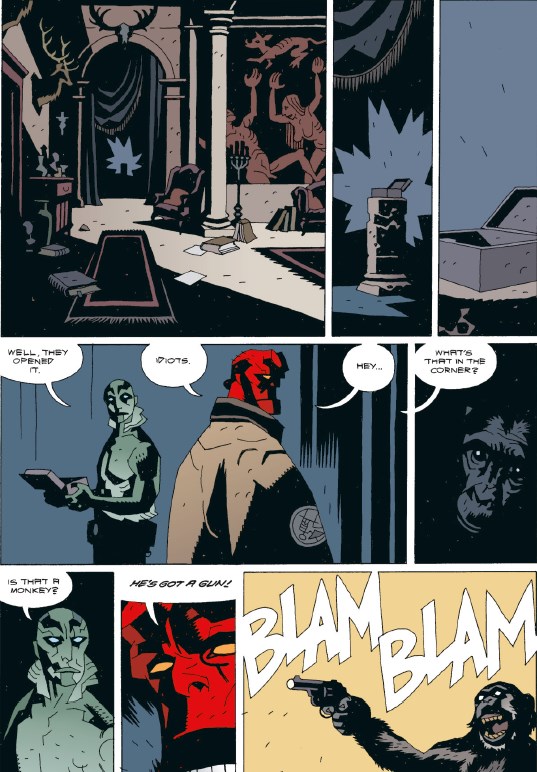