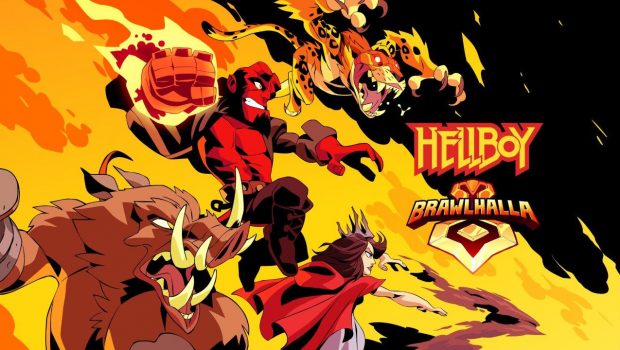 In Celebration of the Upcoming Movie

Sydney, Australia — March 25, 2019 — One hell of a superhero, Hellboy is back and he’s on fire.  Today, in celebration of the upcoming movie, Ubisoft announced that they’ve partnered with global content leaders Lionsgate (NYSE: LGF.A, LGF.B) and Millennium Media to bring the iconic Hellboy characters Nimue, Gruagach, Ben Daimio and Hellboy himself into Brawlhalla®’s roster in April. Brawlhalla® is a free-to-play platform fighter game with more than 15 million players on PC and PlayStation®4 computer entertainment system, and is also available on the Xbox One family of devices including Xbox One X, and the Nintendo Switch™ system.

From the pages of Mike Mignola’s seminal work, the action packed motion picture sees the legendary half-demon superhero called to the English countryside to battle a trio of rampaging giants. There he discovers The Blood Queen, Nimue, a resurrected ancient sorceress thirsting to avenge a past betrayal. Suddenly caught in a clash between the supernatural and the human, Hellboy is now hell-bent on stopping Nimue without triggering the end of the world. Lionsgate will release the film in theaters nationwide on April 11, in Australia.

Developed by Blue Mammoth, Brawlhalla is an epic free-to-play platform fighting game that brings players to the fight for glory in the halls of Valhalla. Choosing from over 40 unique characters, players can jump into single-player and co-op modes as well as online and local competitions.

For the latest news on Brawlhalla and all of Ubisoft’s games, visit Ubisoft News: https://news.ubisoft.com/