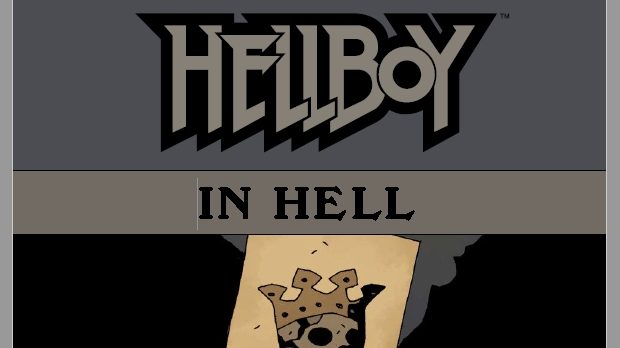 Summary: Though dead and in Hell, is Hellboy or Hell worse off?

There’s something about Mike Mignola’s writing that I really like… I think it’s the whole mythos that he has constructed and forged from the tales of cultures past and present. It’s always a pleasure to follow Hellboy through his ups and downs in this world and, as it turns out, the next. Not down trodden enough to have been cast into Hell… Hellboy also has a fatal illness slowly eating away at him, with the only help coming from some less than ideal doctors and directions being “assisted” by some questionable mapmakers… Hellboy’s situation doesn’t look set to improve any time soon. 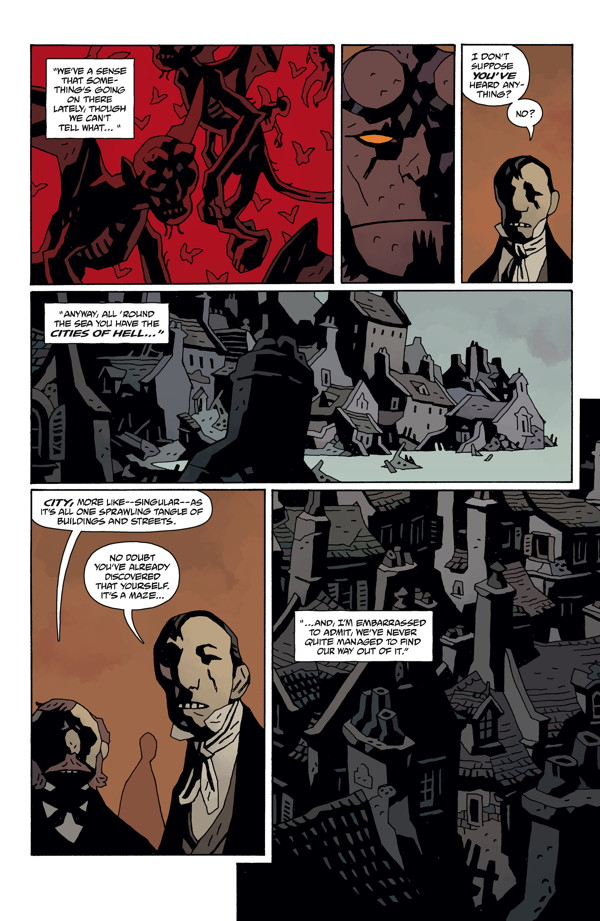 Mignola has done a wonderful job here of joining the chaos that is breaking out over the landscape of Hell with the confusing attempt to make sense of what is going on for Hellboy himself. Just when you think he can’t get any lower… Mignola throws another anchor around Hellboy’s neck. You could almost say that Hellboy is a Jesus metaphor in the sense that he was sent to earth and seems set to suffer for the ultimate benefit of humankind… albeit his origins are a bit darker and his very existence makes both sides of the fence nervous. Mignola knows the right way to draw you in and tie your emotions up with the big red lug! 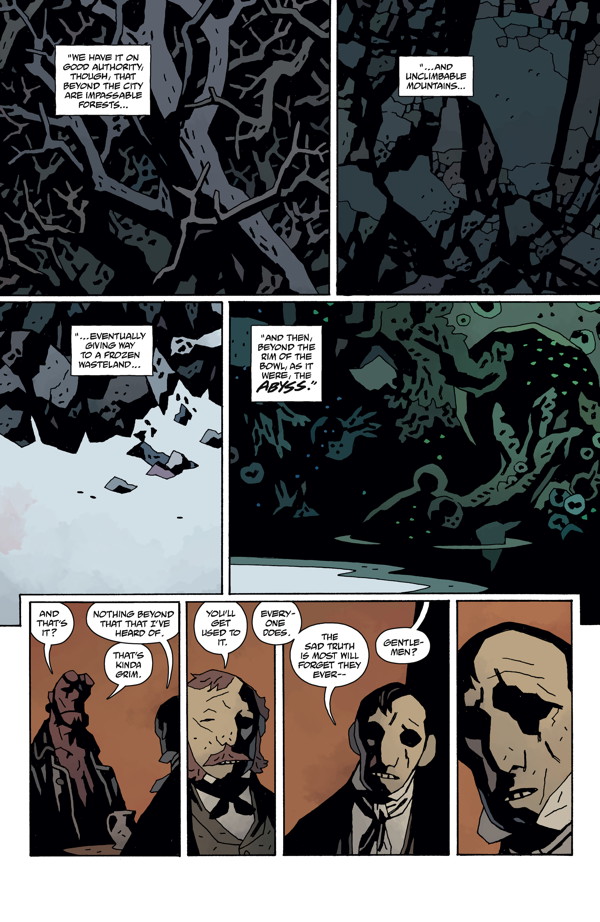 There’s a great ever changing element to the artwork in The Death Card. The characters of Hell morph from fleshed faces to skeletal and back again giving a fantastic sense that the landscape and people of Hell are in a state of flux… nothing is set, anyone walking the landscape of Hell clearly can’t get settled or feel comfortable because everything is changing all the time and in nightmarish ways. In addition to the great changing state of the characters… there’s a beautiful shift in the art style when Hellboy reaches the Tree of Life… a sort of clarity comes over the images which is a lovely companion to the shift in emotion in the story… a point of light in the gloom of Hell. 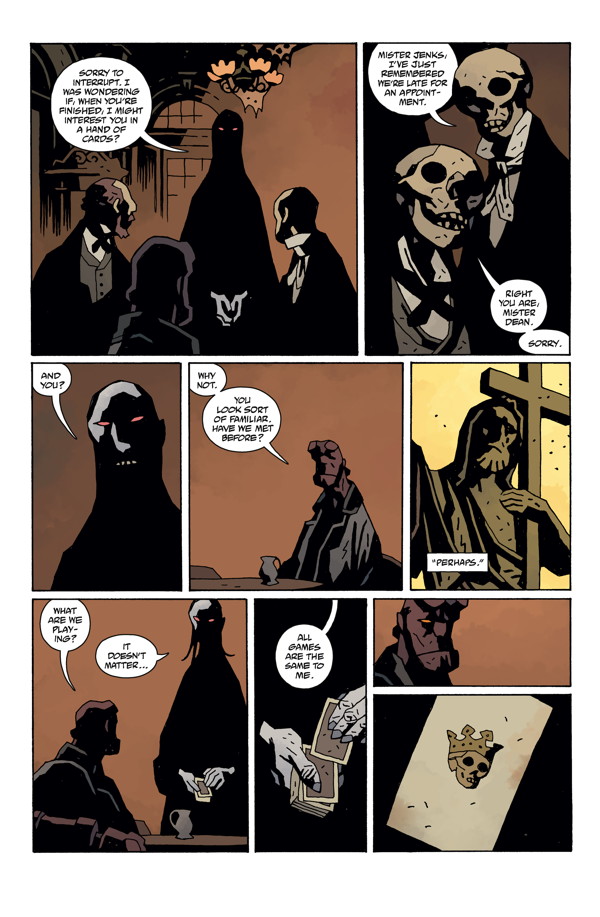 I am yet to find a Hellboy comic that wasn’t a pleasure to read and this is no exception to that. As much as we know his origins… part of me was never expecting to see Hellboy actually back in Hell anytime soon. Whilst he normally clobbers his way through any problem… he seems suitably lost in Hell… not just physically lost but mentally. Memories are fragmented and everything in front of him is just as transient. But he is still Hellboy so he does still solve most of his problems with a swift knock to the jaw. There is such a wonderfully underplayed torment to Hellboy in this book… it’s a nice change to see him less sure of himself and perhaps unsure of what the future holds or even what he is supposed to do.

Another great addition to the Hellboy collection!