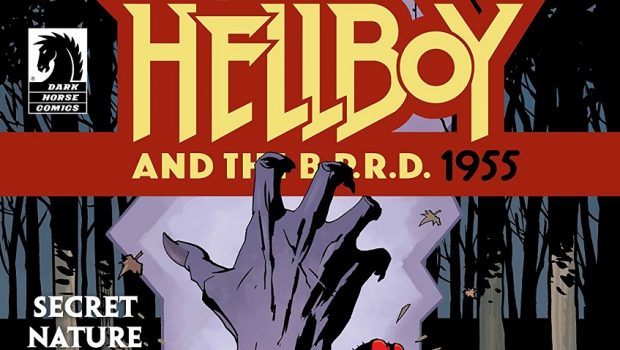 Summary: Very fittingly with global politics, this issue looks at perceptions and prejudices.

For a character like Hellboy you’d think he’d seen it all, Ancient Ones trying to take over our world, Demons, Witches, warlocks… but sometimes the evil is more mundane… doesn’t mean he has to put up with it any more than the rest of them. 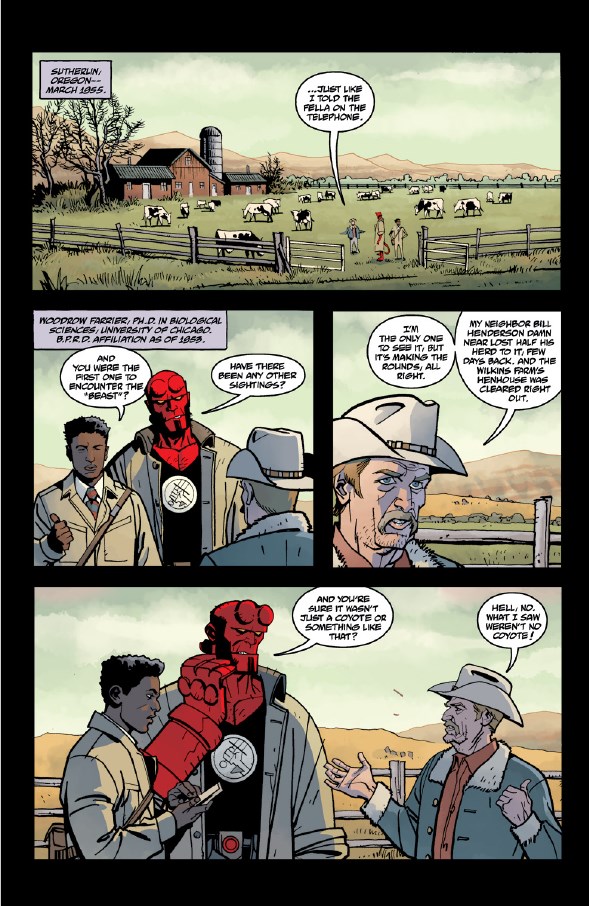 With tensions growing around the world over racial differences, this story seems even more relevant than had it been released even a few years ago. Throwing the story back to the 1950’s when Civil Rights issues were arguably very tense Mike and Chris have been able to examine the insane prejudices people can hold even in the face of the unusual. When faced with a giant red humanoid, with horns, a tail and a giant stone fist on one side and a black man on the other… the people in need of the B.P.R.D.’s help see an issue with the black man… for no other reason than his skin colour. Sure a demon is on the loose… but the biggest evil in this issue may simply be the casual racism that exists in the ignorance of some people. 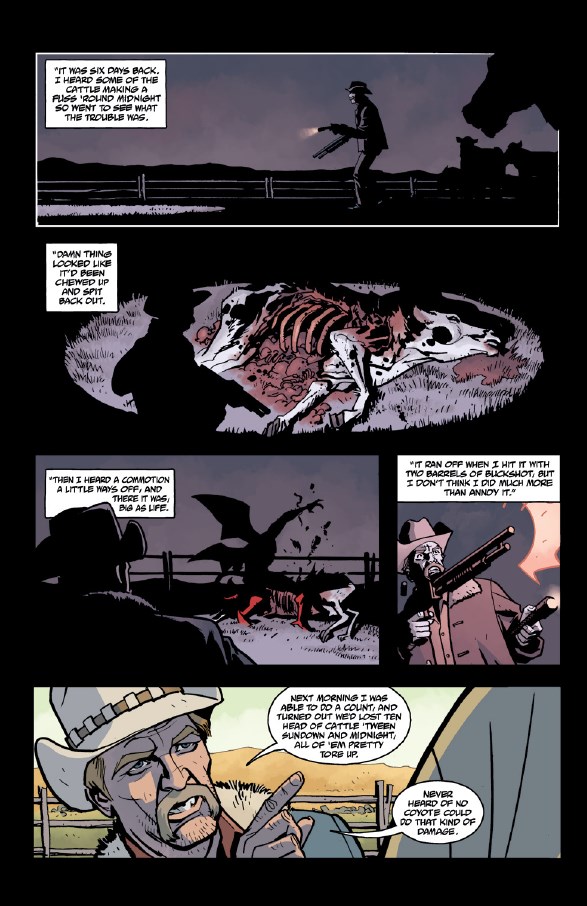 Shawn gives us a more softened edge Hellboy but it works just as well as the Mignola style we are used to. There’s no excess in the panels, everything is there because it adds to the story and the mood. The colours are generally somewhat few but very well chosen, giving a great sense of gloominess and the transition from day to evening is a nice subtle change in tone. The detail in the characters faces also adds a lot to their personality and you could almost reach out and thump the Rancher right where he stands. 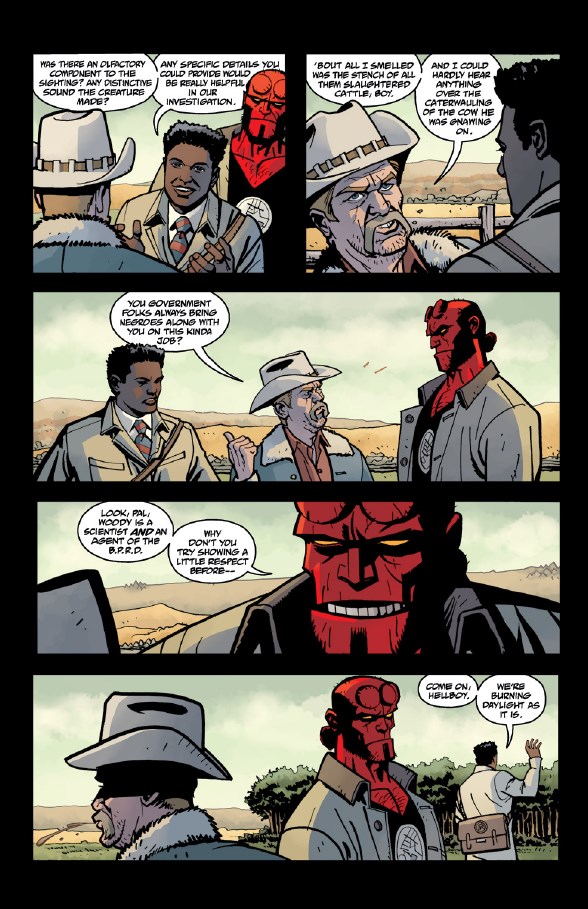 It would be lovely to think we were over these sorts of ludicrous discriminations but recent events unfortunately say we could well be quite some ways off. People that have endured these hatreds have done so general with a lot of decorum and dignity… but just because they endure it doesn’t mean they like it or think it’s fine to stay the way it is. Maybe we all need a Hellboy to step in and shake things up… to point out just how crazy it is to despise someone simply for the colour of their skin. On the one hand it’s nice that they had no issue with Hellboy who clearly stands out in a crowd… but that almost makes it harder to fathom the racism they cling to. There is a story of a demon here… but for me it was more about the monster that lurks within some of our own species. 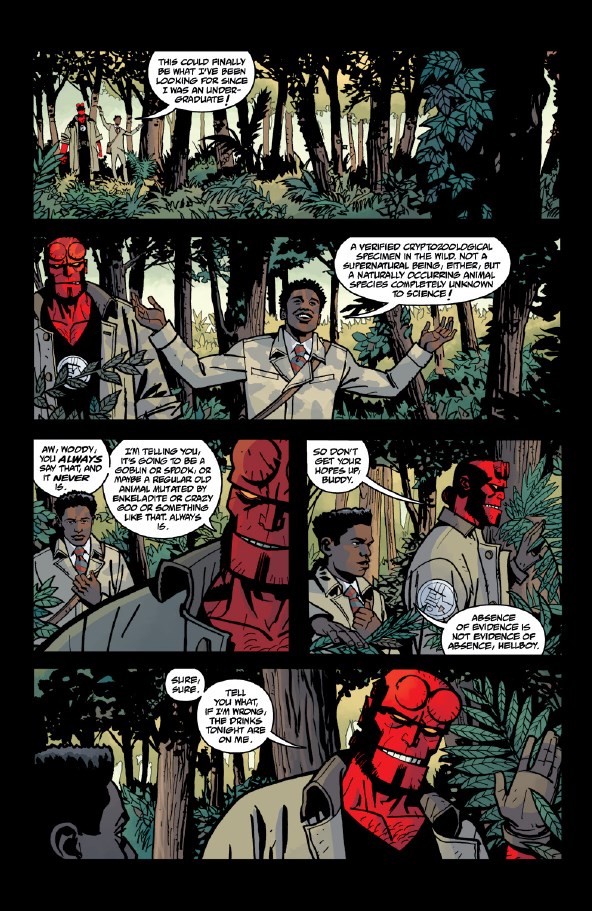