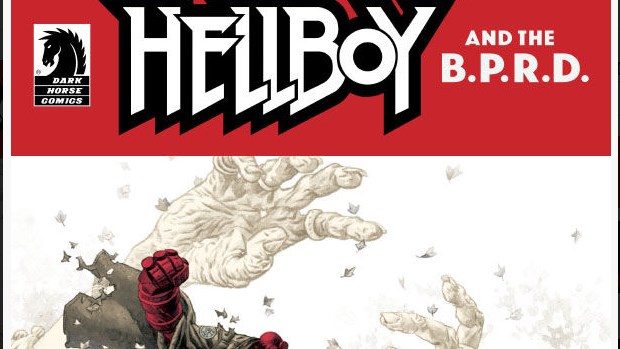 Hellboy and the B.P.R.D. : The Beast of Vargu One-shot Comic Review

Summary: Working in the Carpathian Mountains, Hellboy meets a foe that will test his mettle, but all may not be as it seems, or is it?

When a figure such as Hellboy graces the pages of a comic… as with many superheroes, the challenge can be how to make someone, something, that seems invulnerable, appear as though they could fail? For all Hellboy’s strengths, he isn’t always lucky enough to come out on top in a fight and the beast of Vargu will certainly put him through his paces.

As mentioned, there can be a challenge making mighty characters seem fragile or at least susceptible to harm. Mike does a great job here showing Hellboy as both strong and threatened in the same story. Ultimately Hellboy needs someone else’s help to piece together what even occurred and in so doing might even surprise big red himself. The second story is a lovely tale that seems perfect for Hellboy.

Duncan Fegredo performs his wonders with the pages within, sticking with the feel of the Mignolaverse but also adding his own little details here and there to put a sense of life into the characters. Dave Stewarts colouring also helps to set the mood with the dark earthen tones giving a sense of heavyness throughout that seems just right for the tasks set before Hellboy.

Sometimes it’s nice to have a short story… something that you can read in a quick sitting. But that doesn’t mean the story is light on content or depth. The Beast of Vargu continues the job of filling in the life of Hellboy… the experiences that make him who he is. The second story is a lovely idea… Hellboy sitting and listening to the telling of a folktale that sounds quite familiar to his own experience of life. Certainly a worthwhile addition to the Hellboy collected works.