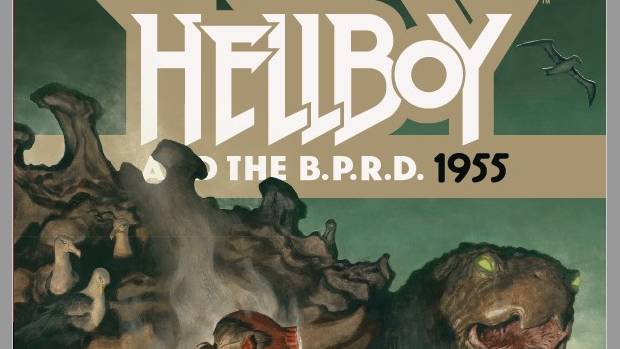 Summary: Hellboy has seen a lot of weird stuff and tackled fearsome monsters. Take a trip back to his work with the B.P.R.D. in 1955 and see him tackle humanities own monsters as well.

I had previously read two of the stories collected here and enjoyed them for what they were (perfectly good stand alone stories), but having these three stories collected together with their intertwining element just adds to the enjoyment of the tales from 1955. Hellboy doesn’t just fight demonic creatures… but also the horrors of people’s attitudes and prejudices. 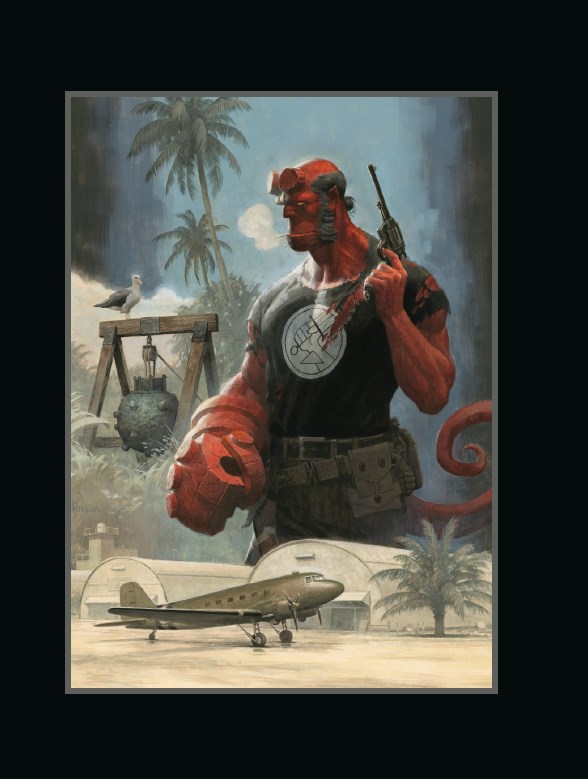 When I first read Secret Nature (the first story in this collection) I enjoyed the take on racial discrimination, the prejudices that could see someone dismissive of someone like them but with a darker skin whilst having no issue with someone with a tail and the stumps of horns. But it occurred to me this is a great example of how Hellboy doesn’t just fight the obvious evils, he fights bigotry as well… as has been said, he sometimes shows greater humanity than we ourselves do. The second story is right out of the pulp stories of the time and the movies that boomed (no pun intended) around the time of the first atomic tests and subsequent nuclear testing, the notion of mutated animals and the destruction they can dish out. Finally we have another story that shows Hellboy’s softer side and the damage we can do to ourselves physically and emotionally. 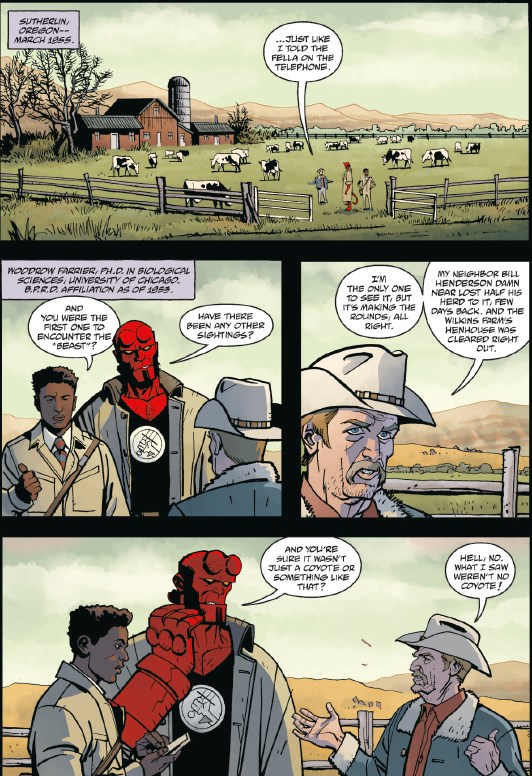 I really can’t go past Paolo Rivera if I’m going to talk about the art in this collection. I love Mike Mignola’s art and style… I always have… but every now and then we see a new artists take on the characters we love and in this case Paolo Rivera’s cover just reaches out a spectral hand and holds your gaze! It’s not internal comic book art so it’s not reasonable to compare it to the story pages… but as an image to catch your eye and make your jaw drop as you are flicking through the latest offerings at your local comic shop… it’s pretty damn impressive. The naturalistic style with the fantastic shadow work and lighting of the flame is captivating. It makes me think of some sort of surreal/occult art gallery that you might walk through in a dream in which this stands as a prized image in the entry way, among similar images of Lovecraftian or Gigeresque nature. In terms of the story pages… I still get a lot of joy out of the final page of the final story (Burning Season), the team have finished their investigation and are “debriefing”… the way Hellboy looks just really tickles my fancy, I won’t describe it because it’s better if you see for yourself. 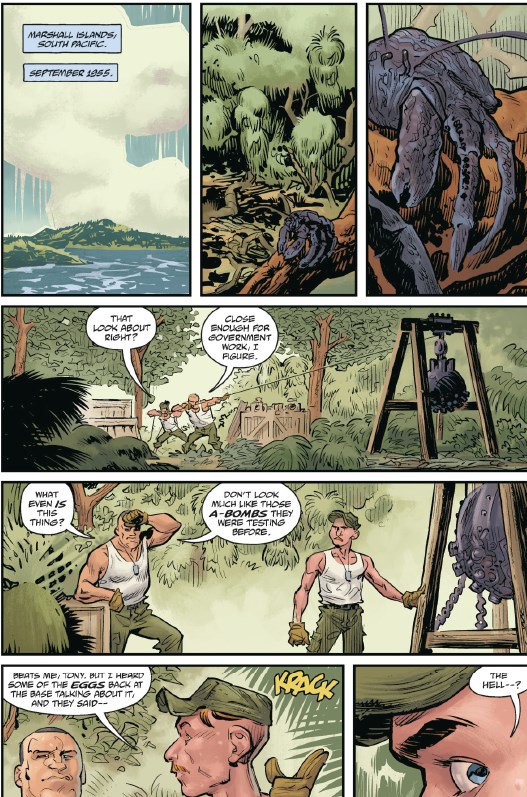 We have seen a lot of Hellboy in modern times and of course his origin… but his early years as a field agent give us a glimpse not just into his early career but also in a world that is both antiquated in it’s mindset and yet somehow, sadly, familiar with recent political developments. Buy this collection for the cover art and cherish it for the stories within. 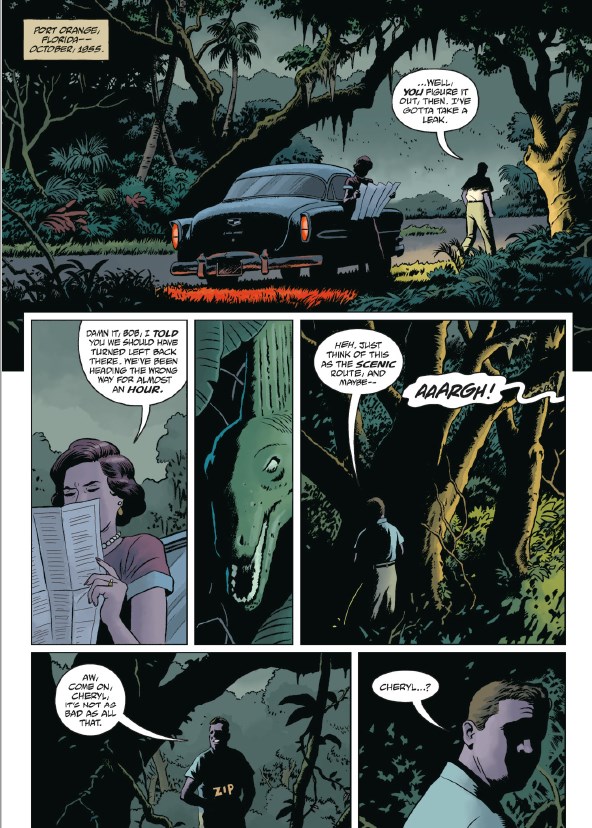