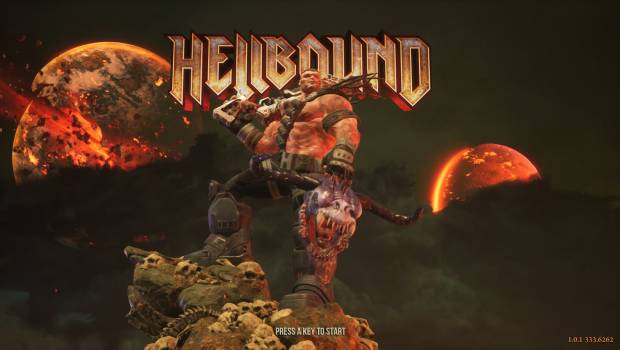 Summary: Overall Hellbound meets expectations as a retro style 90’s Shooter. Whilst it does not innovate as much as some people would like, this game has enough about it to be worth the pickup.

Well… Hell here we go again. Another year, another original Doom Clone but has Hellbound finally bridged that gap and surpassed the original?? Read on!

Hellbound takes everything popular about old school shooters like Doom, Quake and Duke Nukem, and mashes it all together with a modern coating of paint and higher fidelity audio.

Also, Hellbound does not like to get too dragged down with a complex narrative and you play as Hellgore who is on a one man Rambo mission to destroy all of the Hell creatures that murdered his people. This basically gives the player permission to blast and blow up everything and everyone that comes across them. Oh boy is there a lot to shoot!

First thing you will notice is the style of movement, because it is based on 90’s shooters you will notice an increased movement speed plus a feeling of weightlessness as you are able to spin and glide across the map. If you have ever played games like Quake you will feel right at home, whilst it does take a bit to get used to if you are not used to this it really helps when traversing the levels and being swarmed by enemies which happens all the time. Also most guns do not use ADS to aim so this means hipfire galore no longer will you need to take your time to aim up a shot. The developers said as part of their mission statement for the game that they want the player to be continually on the move and continually shooting even lessening the amount of interactables like Doors and Traps.

To help you along the slaughter you have a menagerie of armaments ranging from the simple Assault Rifle to Chainguns and Rockets. Every level introduces some new kind of weapon/mechanic. Whilst those of you who are sadistic may try and complete the game using the starter gun for those of us who just like to see explosions and what the next level could bring us will feel content with the selection available. Ammo can become scarce especially on the higher tier weapons so whilst you need to shoot everything you should always be mindful that you may need to save for later in the level. At times I feel like you can run out of ammo for the more fun guns a little bit too quickly but there always seems to be something else there to replace it. 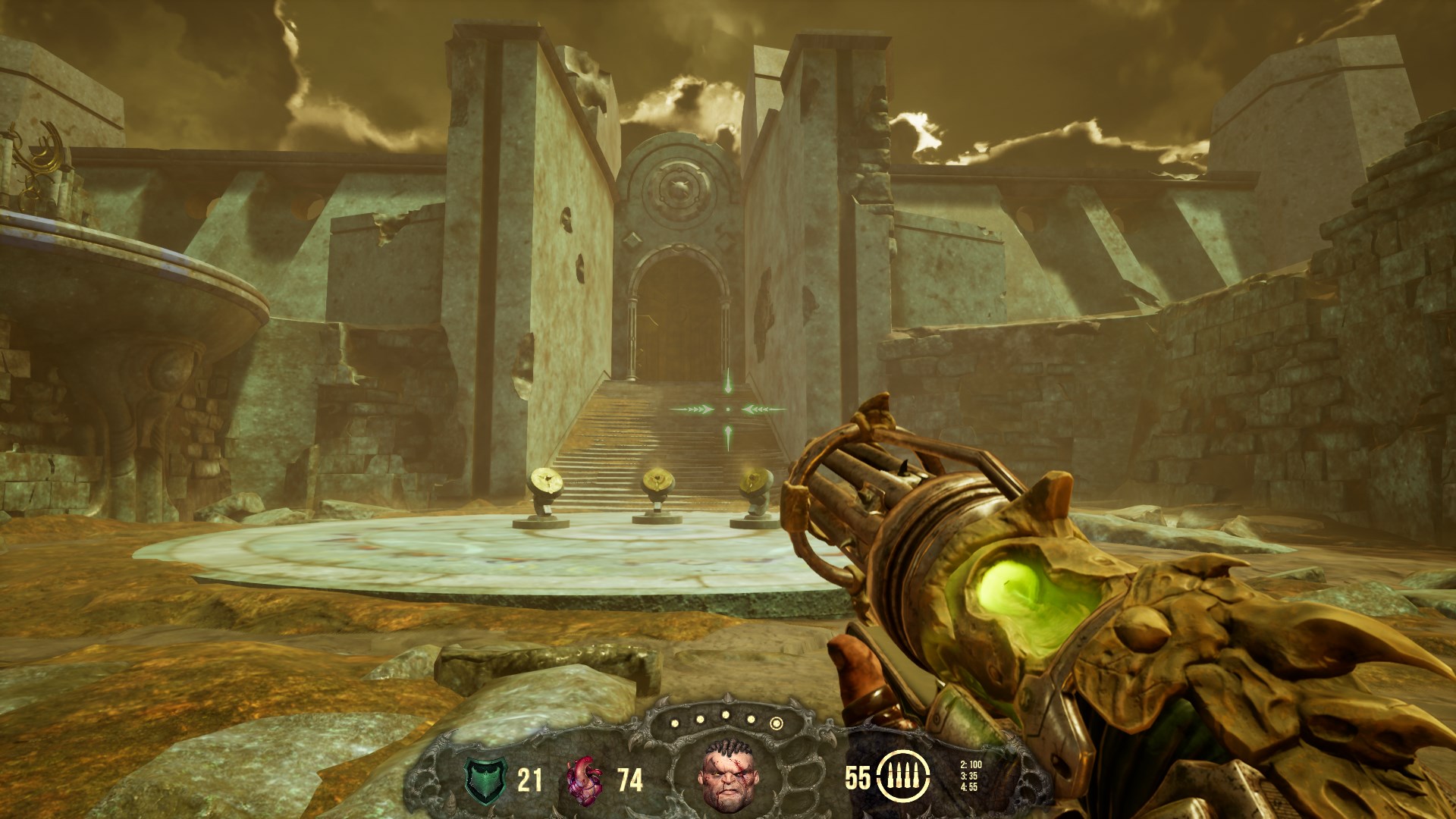 Powerups can also be found that can increase speed. How many hits you can take and power. This comes in handy when met with the survival gauntlet areas on levels where you must defeat a certain amount of waves of enemies to open up the next part of the level. Thankfully these powerups are kept to a minimum so do not make the game to easy, whilst still keep fun of the game intact and giving variety to levels.

The stages all fit the theme of Hell and allow for exploration without the need for opening maps on nauseum. Whilst the levels do have a flow and fit the theme they can end up all blurring into one especially if like me you like to play long sessions.

That being said the graphic quality of Hellbound is top notch from the characters animations which feel fluid all the way down to the UI which just oozes with retro stylings. Everything is clear yet still feels authentic to the style and genre. For a lot of retro gamers Hellbound will feel and look like how you imagined Doom, Quake looked back in the day. 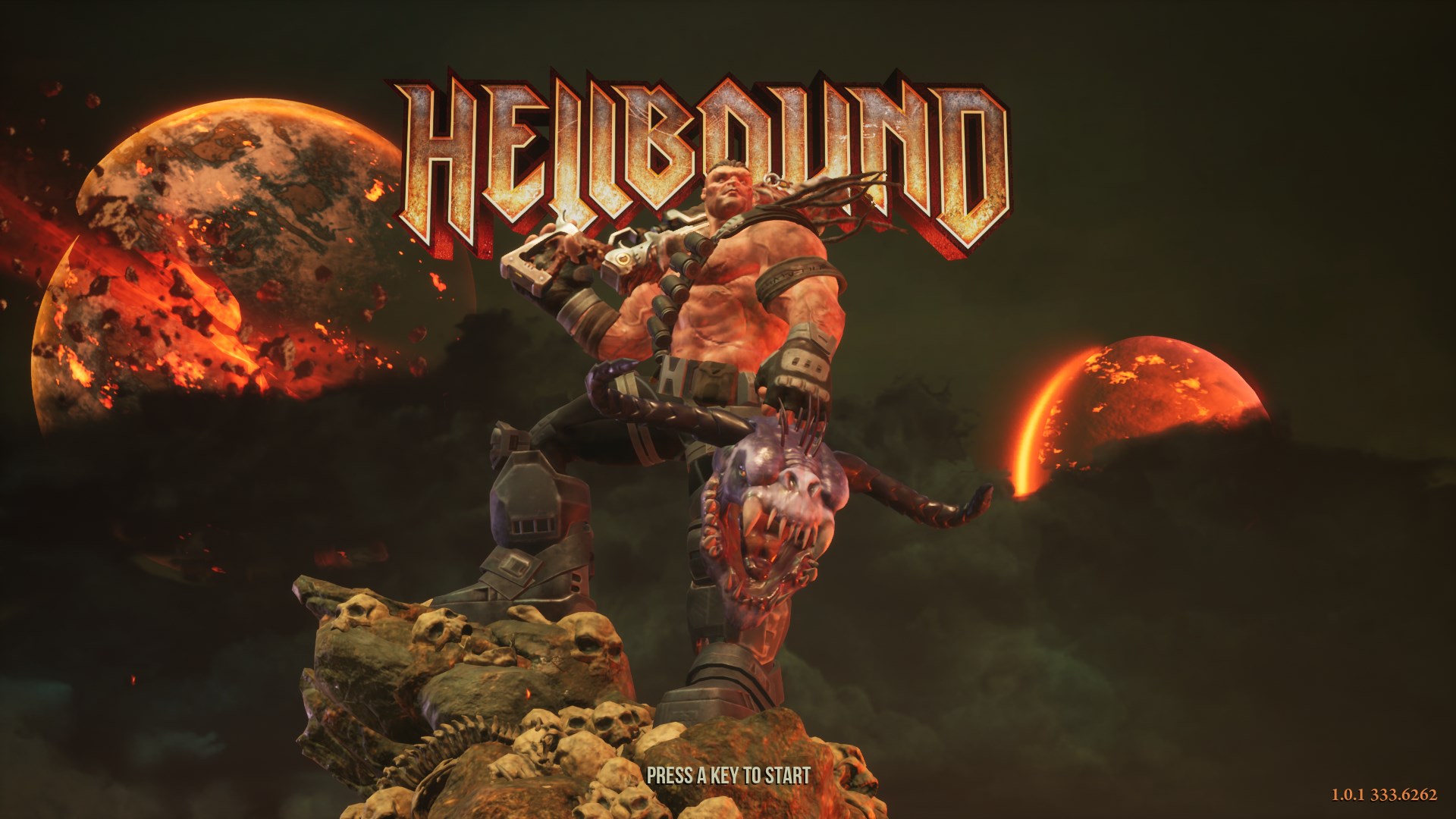 Throughout the game you will hear Metal music composed by Davide Levill, Christian Perucchi and Frederico Agreda. The main Character will also have quips thanks to the voice over of Artie Widgery giving Hellgore a real Duke Nukem Vibe.

Overall Hellbound meets expectations as a retro style 90’s Shooter. Whilst it does not innovate as much as some people would like, this game has enough about it to be worth the pickup.

Anyone looking for more from Hellbound will be able to enjoy the Survival game mode which is set indifferent arenas where you must defeat waves of enemies! 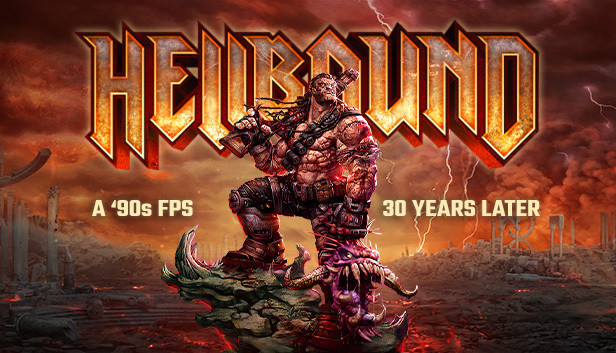