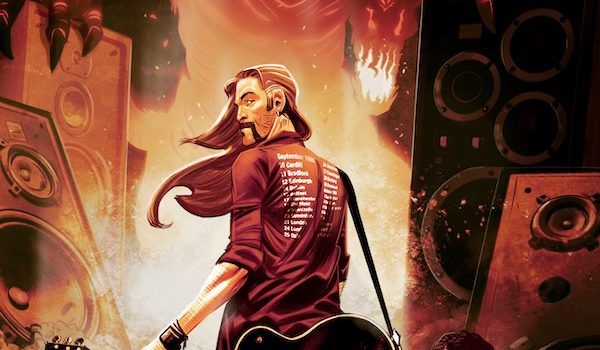 More than thirty-five years after his heyday, a former heavy metal roadie must return to the backroads of America to do a job he thought he’d retired from: exorcist. But this time, he’s not saving groupies and drunk bassists. He’s trying to save his daughter.

“I wanted to tell the story of the ‘unsung hero’ of the 80s Satanic Panic era…,” Tim Seeley says, “the roadies who supported all those metal bands, not only by tuning their guitars, but by casting out the horrific demons they accidentally summoned with backwards lyrics and screaming riffs. Joe D. is the seventh son of a seventh son, and though once he stood next to greatness, he now wallows in obscurity…. until he gets called upon to return to a past he thought he’d left far behind. THE ROADIE is part Hack/Slash, part Revival, and all heart, with Fran Galan doing some absolutely rockin’ art.” 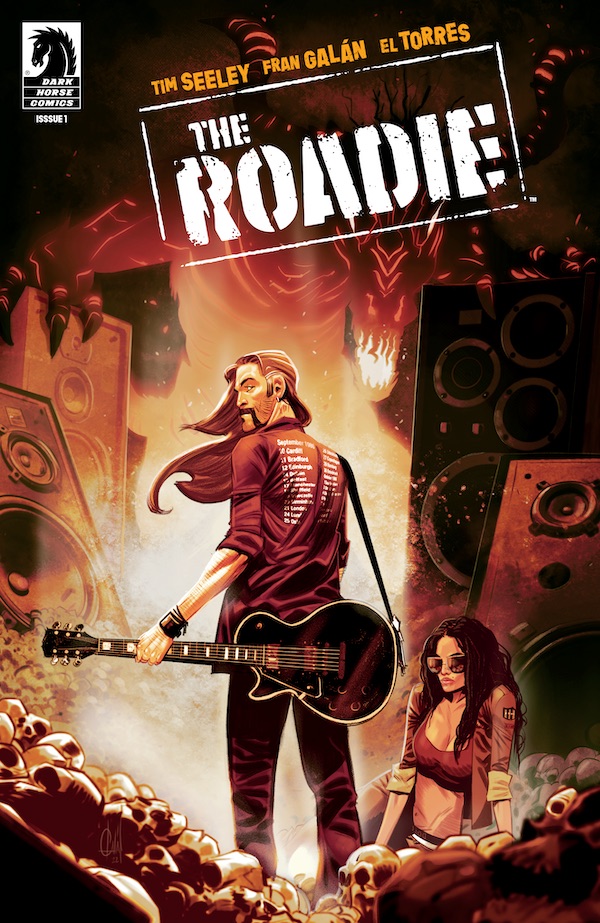 Praise for The Occultist #1:

“The latest Occultist series is shaping up to be another hit for Dark Horse Comics, and is proving to be a commendable addition to the superhero genre.” – Bloody Disgusting

“I would highly recommend this series to my friends; it has a little something for everyone and can be enjoyed by a wide spectrum of age groups. Dark Horse has another hit on their hands!” – Following the Nerd

“Rob Bailey has a charming awkwardness about him that makes you want to root for him while at the same time realize that he is in control of a powerful and dangerous weapon. The Occultist #1 is a fun read and it sets up some interesting story points that I am excited to see play out over the next four issues.” – Comic Spectrum