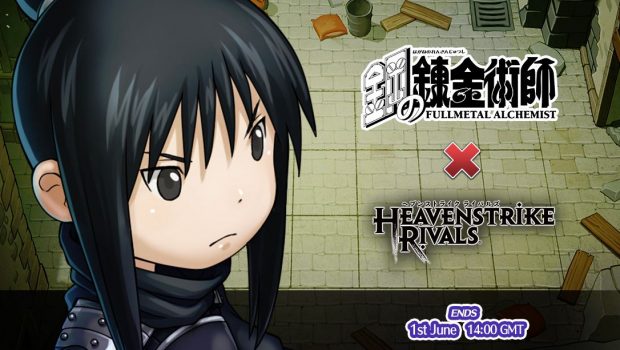 A collaboration raid has also opened up, and players can obtain “Hohenheim,” the mysterious man, as a reward when defeating the homunculus. A special battle backdrop was newly created for this collaboration.

HEAVENSTRIKE RIVALS is now available, for free, on STEAM and mobile devices. For more information on the recently released STEAM version of the game, visit: http://store.steampowered.com/app/441020/