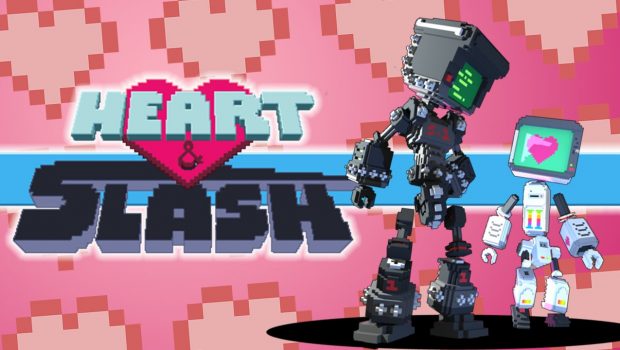 Summary: Heart & Slash is an unforgiving but rewarding entry into the brawler genre.

After the cataclysmic failure that was Mighty No. 9, people need another great Kickstarter success story to remind them that the platform is actually a great resource for titles that may have never otherwise seen the light.

For every mishandled mess full of broken promises there’s a shining beacon of hope to be found, such as the sublime Shovel Knight and now this, aheartfulofgames’ intriguing roguelike beat-em-up Heart & Slash. 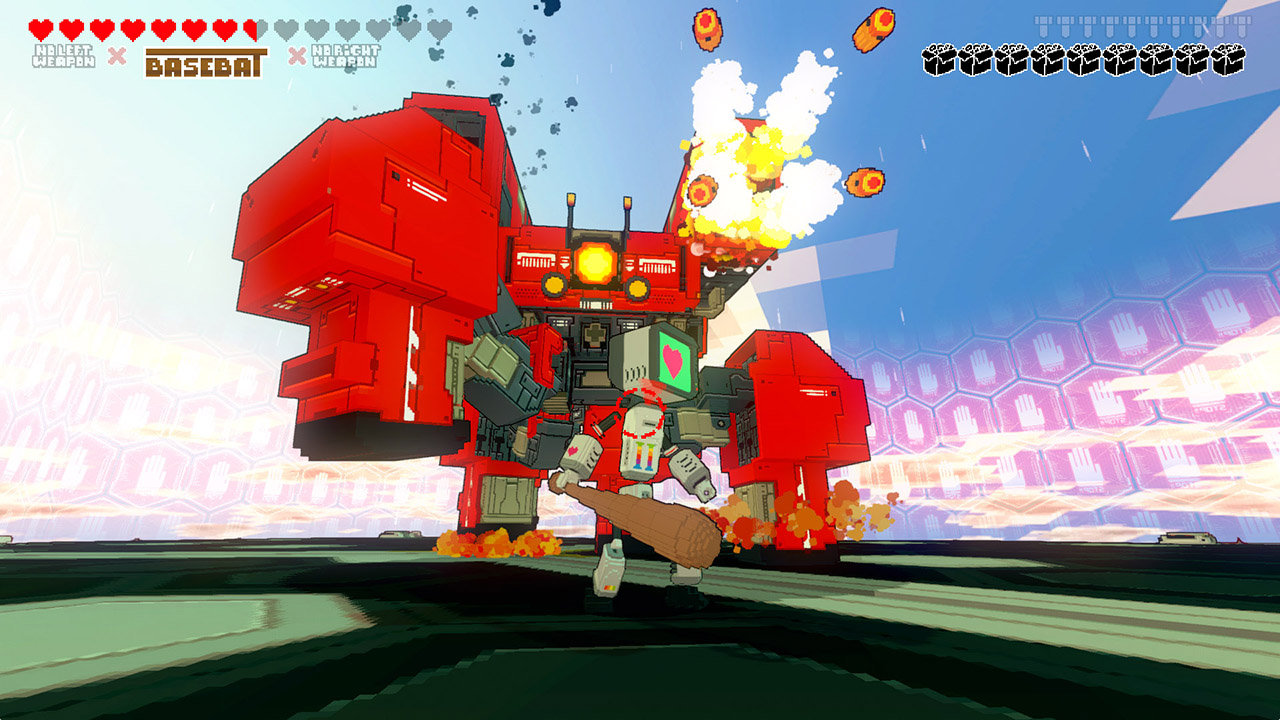 Pitched as kind of an amalgamation of Devil May Cry’s combat style and that old roguelike standard of randomly generated dungeons and being forced to restart the game each time that you die, Heart & Slash is, at times, an incredibly demanding game but also one that knows how to tread that fine line between being challenging and just plain unfair.

The game takes place after the events of the Robopocalypse has seemingly wiped all traces of humanity off the face of the planet, leaving behind a whole host of nasty machines. You take control of Heart, a kindly robot who has taken it upon himself to put an end to the reign of the robots, and that’s pretty much all there is to it. As far as narratives go, it’s a tad generic but gives enough motivation for the player to venture into the – excuse the pun – heart of battle and take on the evil robotic forces. 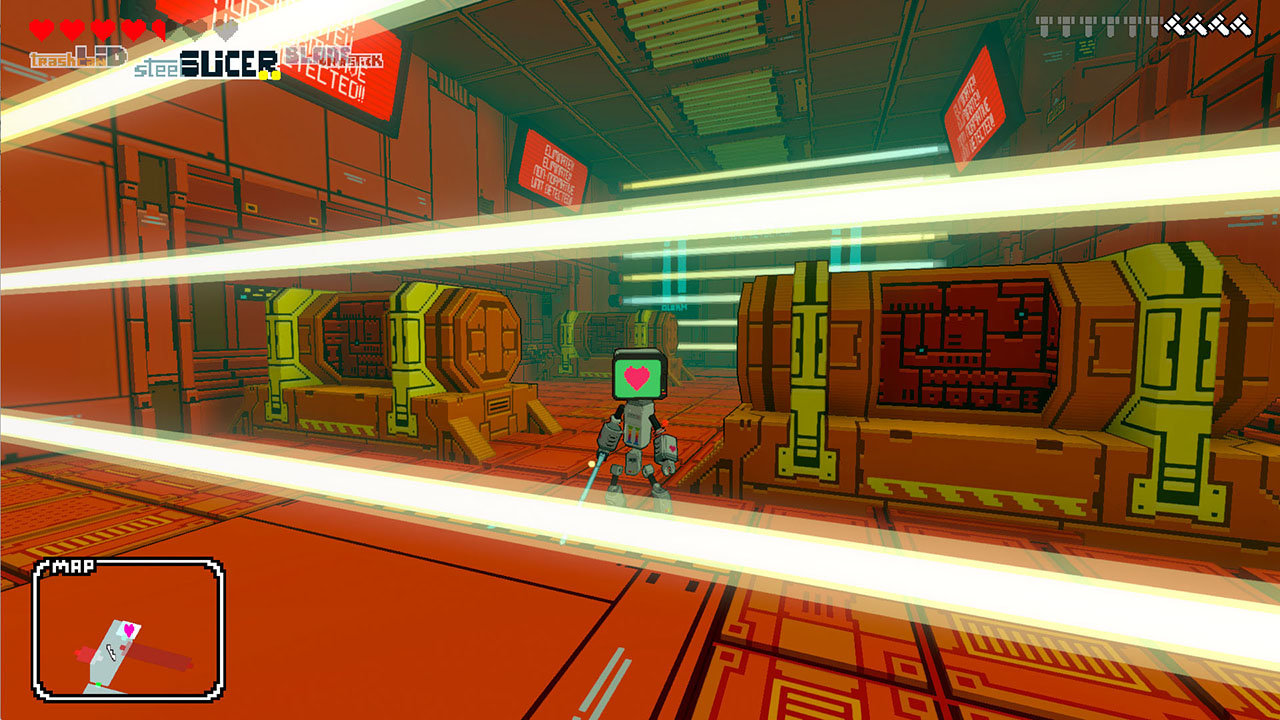 There are also a handful of bosses to face off against, including the titular Slash, who will definitely put you through your paces, particularly in the early stages of the game when you’re pretty poorly equipped to take on such formidable foes.

The gameplay is the biggest draw behind the game, featuring a fluid and intuitive combat system that demands dexterity and mental acuity, as even the smallest lapse in concentration or mistimed button press can spell certain doom. There’s no question about it – Heart & Slash is hard, harkening back to the days of classic games that forced you to diligently master the controls and constantly restart rather than relying on constant checkpoints or saves as a crutch. 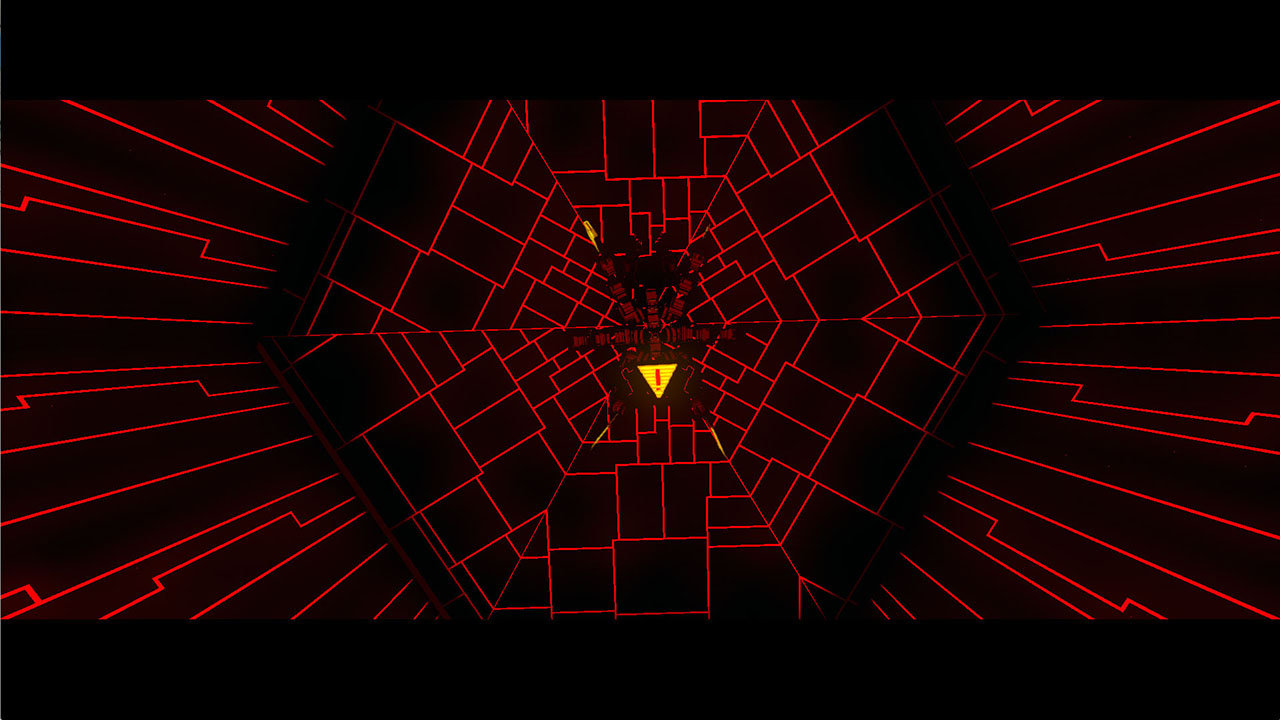 The fact that the game changes each time that you restart mitigates any danger of the experience becoming monotonous due to repetition but it’s also a double-edged sword in that you can never formulate a strategy to get through the levels easily by learning the layout and enemy placements.

What does make the intense difficulty curve easier to manage is the wide variety of persistent equipment and weapon upgrades you can unlock by completing set tasks, such as dispatching enemies in a certain way; Heart can equip three slots with different weapons, each with their own attributes and unique abilities, and use these to cut through foes, collecting the nuts and bolts that are the game’s currency and then using them to permanently upgrade stats and armour. 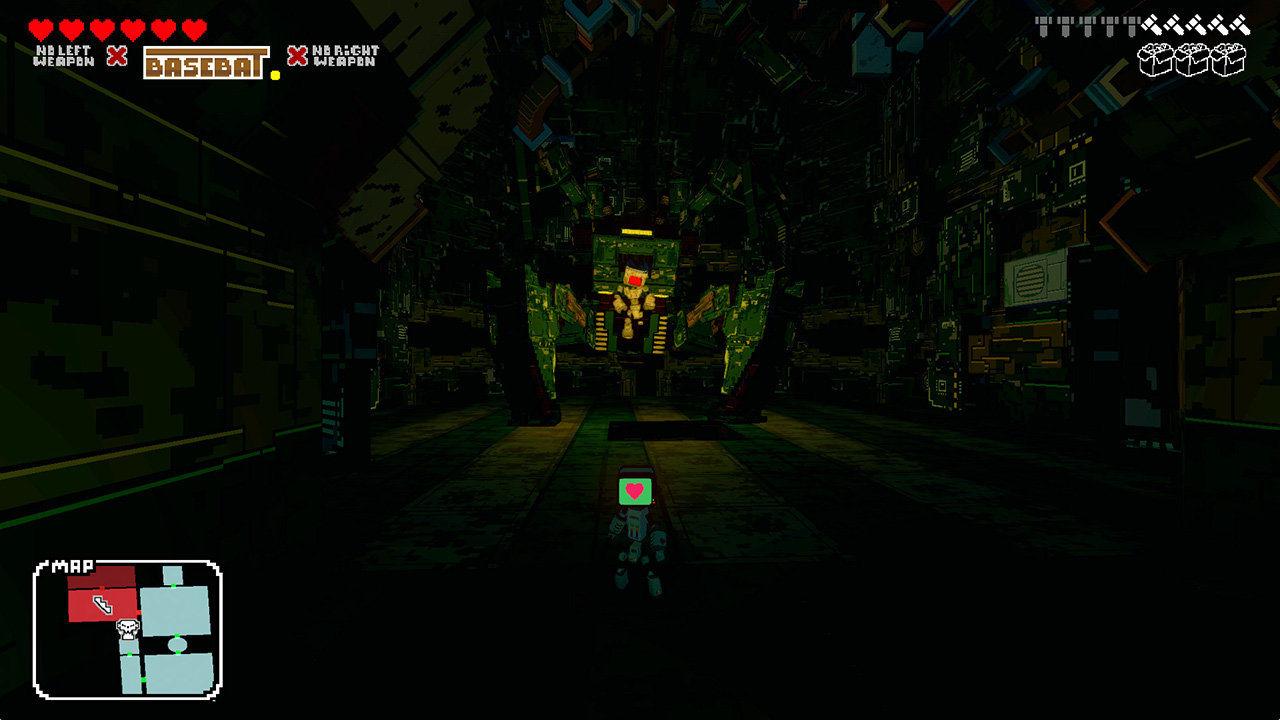 This system ensures that there’s always a sense of progression behind your forays into the unforgiving levels and, although the game never becomes a cakewalk, the alleviation of the difficulty level is definitely noticeable and you’ll find yourself making it further and further with each attempt.

The combat is robust and offers a ton of variation in terms of the additional weapons but you have to really pay close attention to how you spend your upgrade points by paying as much attention to your defensive qualities as you would your offensive. 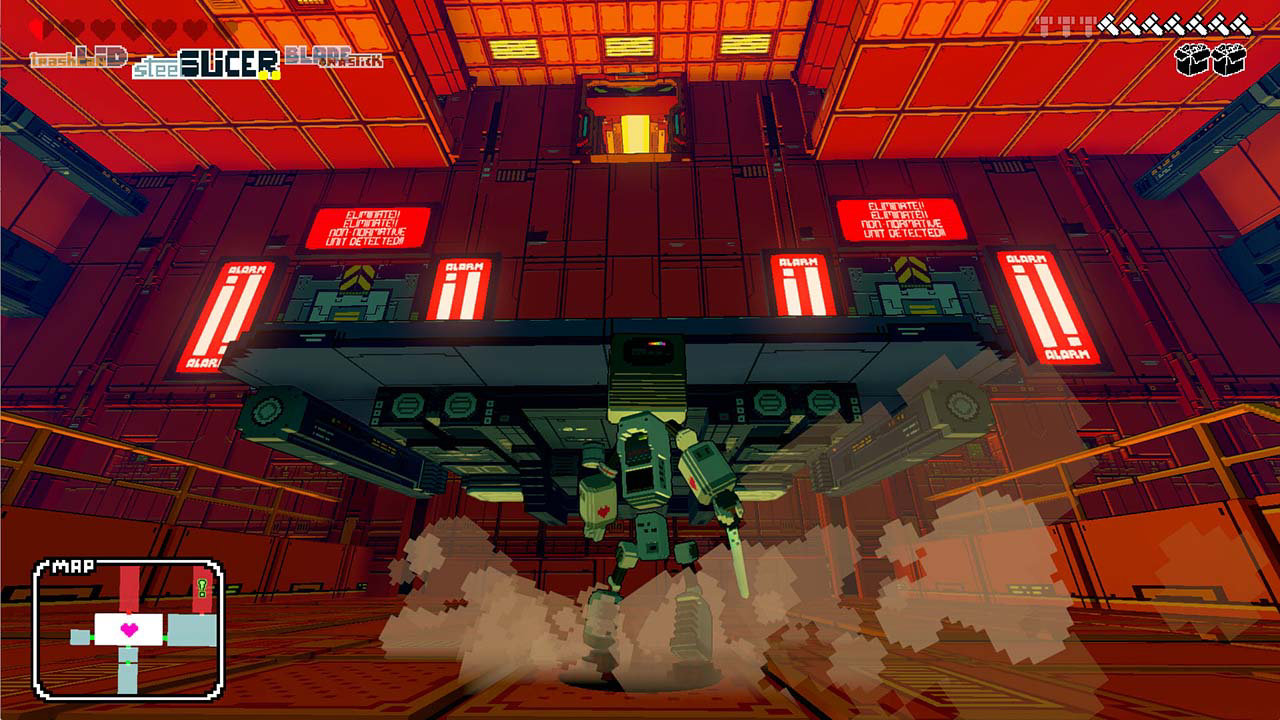 The only major issue I had with Heart and Slash pertains to the camera, which can feel almost like an enemy in of itself at times; often you’ll have to frantically adjust the angle yourself whilst embroiled in the heat of battle as it’s decided to swing to a position that obscures the action onscreen or prevents you from being able to watch your back while going gung-ho on an enemy.

There was also the occasional frame rate issue where the game would stutter due to the number of enemies on the screen, which can severely hurt a game such as this where precision and speed is key to staying alive. 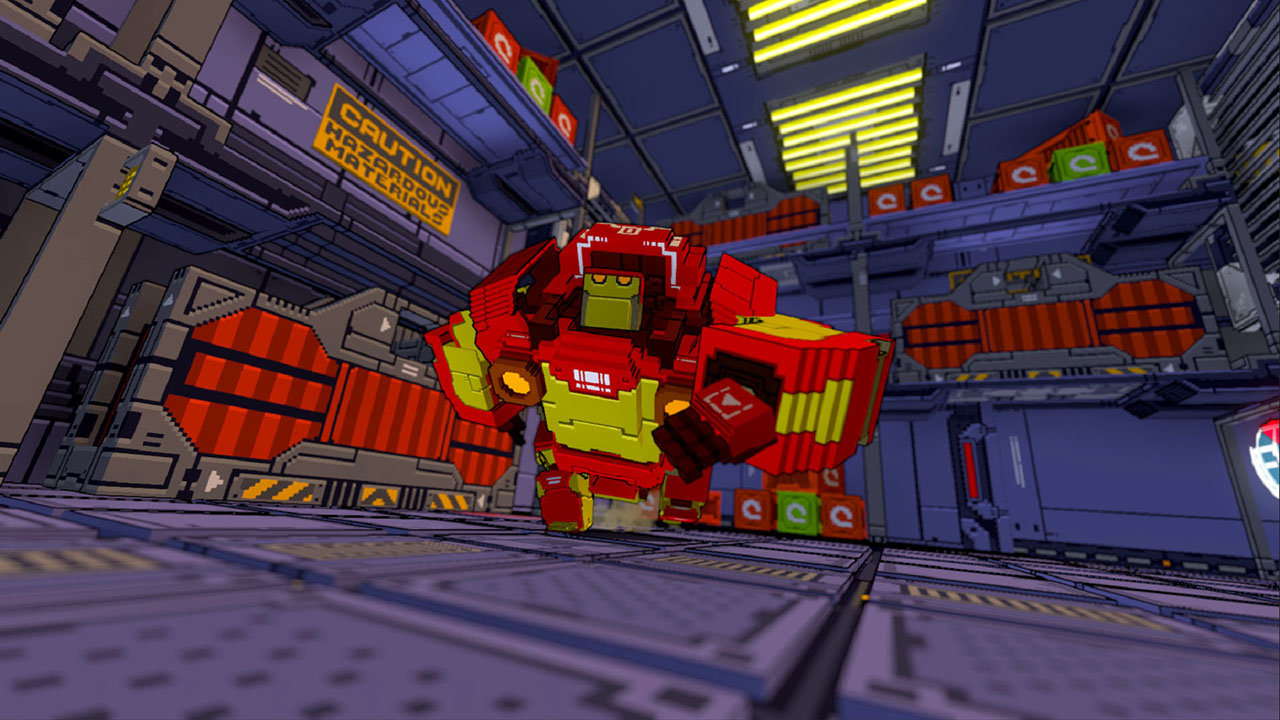 Heart & Slash has a vibrant colour palette that perfectly complements the cel-shaded pixelated art style with the garish aesthetic quality that informed the classic games from my youth. Rudimentary but not without charm, the artistic direction belies the game’s limited budget and really sets itself apart from the competition.

The music is solid but can become repetitive given the nature of having to constantly restart and venture through the three distinct kinds of environments on offer. 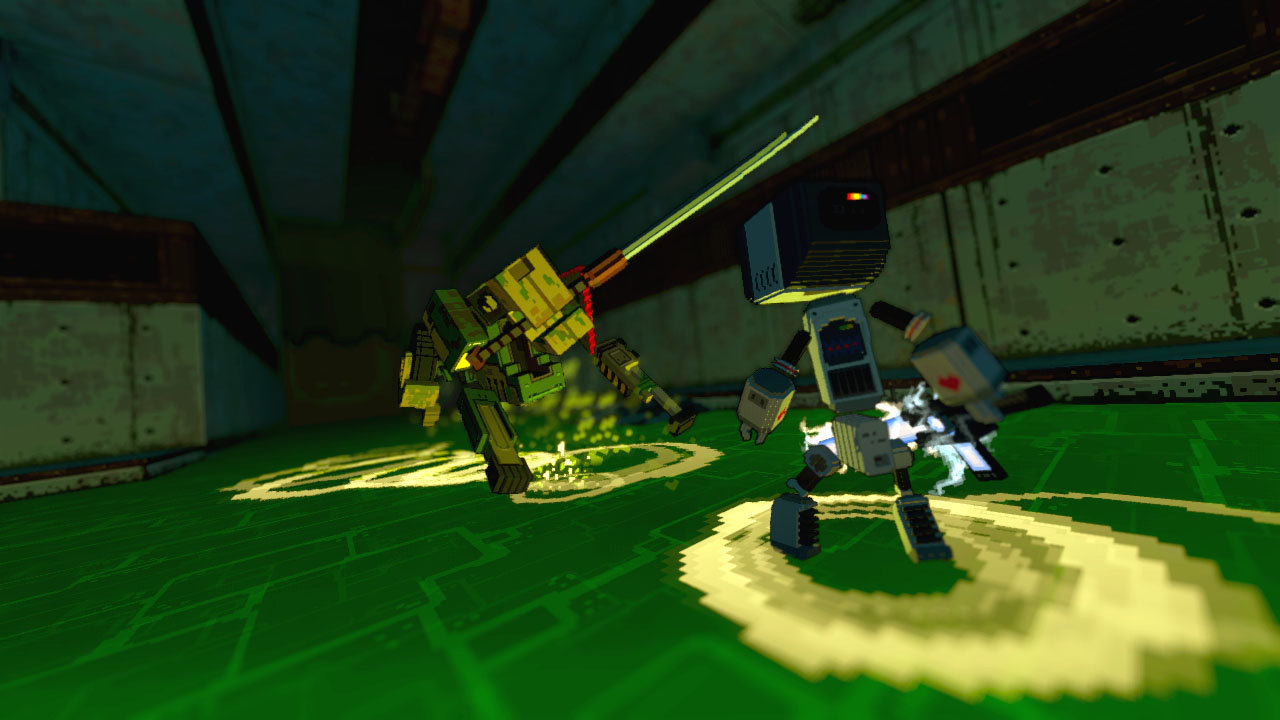 Heart & Slash is an unforgiving but rewarding entry into the brawler genre that carves out its own niche by bringing together elements from other genres and implementing them in an effective manner.

Certain technical elements could use some more polish and I personally would have welcomed greater enemy variation, although the bosses are each terrific encounters in their own way, but for the most part Heart & Slash succeeds what it sets out to do and offers up a satisfyingly intense combat experience where every death is an opportunity to dive back in and do a little bit better rather than being a barrier for progression.

With tight refined combat, a charming visual style and an endearing main character that reminds me of an anthropomorphic companion cube, Heart & Slash’s throwback difficulty won’t be for everyone but, if you like your games to push back a little and not hold your hand, you’ll find Heart & Slash a rewarding experience that’s well worth the effort. 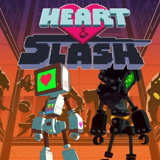