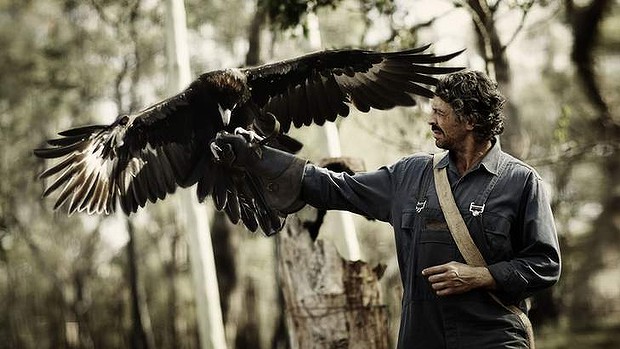 Healing is well-acted and handsomely photographed but hardly surprising. It is another Australian film that is earnest but falls short with its script. It is about the way that criminals can be rehabilitated through irregular tasks such as helping injured raptor birds. Although this seems like a progressive and liberal concept, the film itself is too predictable and lightweight to be the important heavyweight drama that it would like to be. The effects that a prisoner has on his guards are conveniences in the script, as is the way that the prisoners are divided between “misunderstood” and “the bad guy”. It has moments of humour and it’s made with the best of intentions but it is too safe to test any social or filmic boundaries and is half an hour too long. Some difficult choices had to be made to finish polishing the script because as it stands the film is a bit of a bore.

Craig Monahan isn’t a prolific director. This is the first film he has directed since Peaches in 2004. All three of the films he has made, including this one, have starred Hugo Weaving. Healing is attractive due to the landscape photography by Australian cinematographer Andrew Lesnie, who worked on many of Peter Jackson’s films like The Lord of the Rings. Some of the overhead shots at the beginning of the film, as the camera swoops over the tree tops, are beautiful, as is the sunlight that saturates many outdoor scenes in natural lighting. Yet Monahan’s work away from the camera is sloppy. The pacing sags badly. Time moves slowly in the bush but some parts of this movie would make watching grass grow look enticing. Similarly, the story needed further editing because some scenes look like unfinished snippets. A trip from the farm to the city is severed, as is a scene on a property and a sidetrack to a funeral. The narrative would have been more focussed if these were cut. 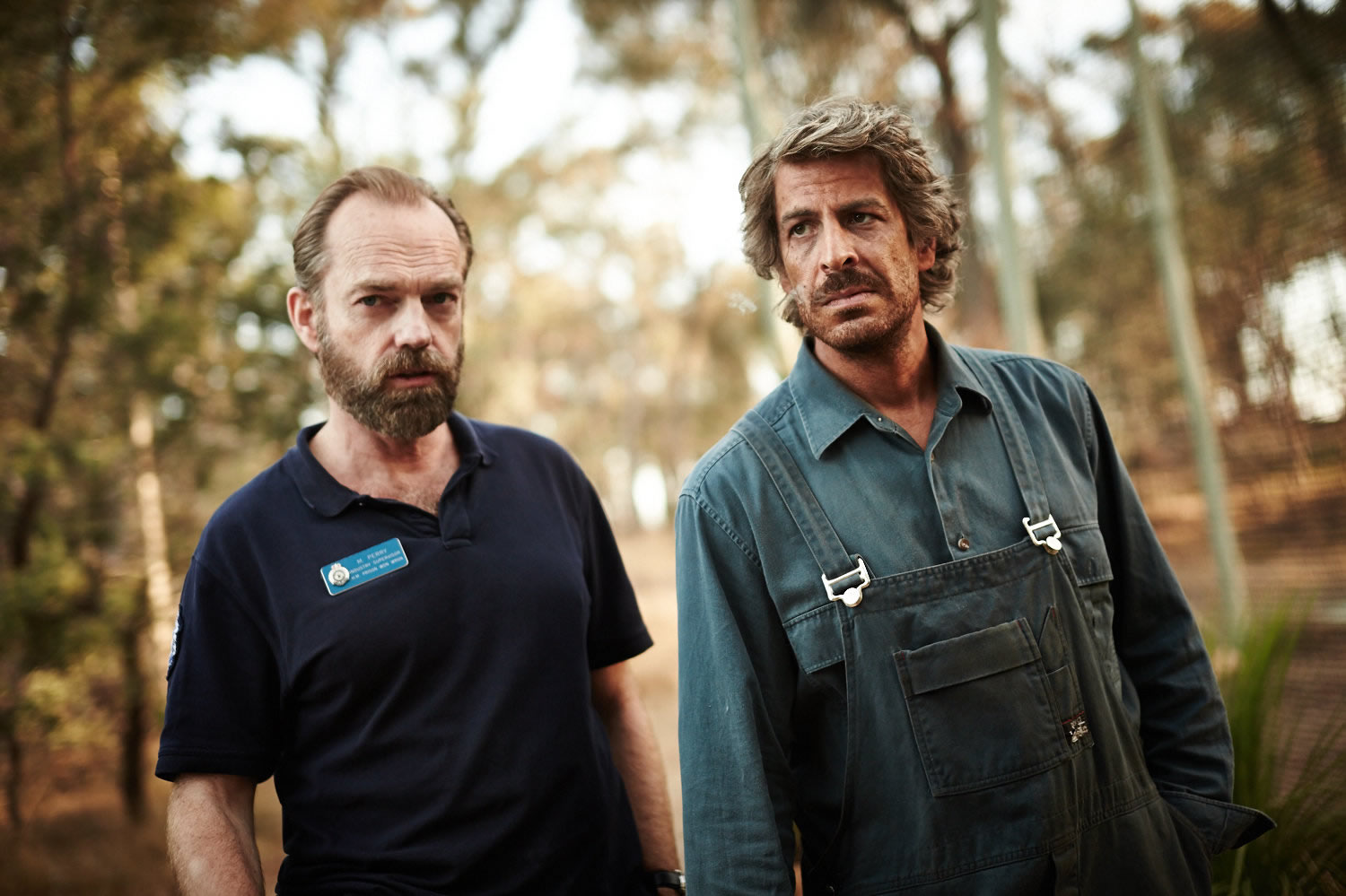 While the scenery and birds are nice, the plot isn’t exciting or new. It has been expanded from a newspaper article about a rehabilitation prison farm. Viktor Khadem (Don Hany) is an Iranian prisoner who has been gaoled for eighteen years. Now he and several prisoners are transferred onto a low security farming property. He is encouraged by one of the security guards, Matt Perry (Weaving), to look after a Wedge-tailed Eagle that is wounded and needs attention. Viktor has to pick two other people to help him and enlists fellow prisoners Paul (Xavier Samuel) and Shane (Mark Leonard Winter), who have their own personal history for imprisonment. They are also weary of coming under threat from a standover thug who monsters them when the guards aren’t looking.

A pleasing facet of Craig Monahan and Alison Nisselle’s script is its compassion. The redemption of the characters is a response to shows like Underbelly, where criminals are soulless monsters who deserve their comeuppance. There’s some of that here too, including a simplistic villain, but the three main criminals are characterised with sorrow and regret. This makes them more deserving of our sympathy. However, clichés in the script detract from its truthfulness and emotion. The same ideas and metaphors were covered years ago in films like Free Willy (1993). Both films accompany Christian values, where man’s control over the animals invites them to rediscover their self-worth. The more recycled this idea is, the less meaningful it becomes. The metaphors about reconciliation aren’t deep but heavy-handed. As Viktor treats the injured bird, he works to reunite with his estranged son and Matt, who lost a child to cancer, decides he must move on by taking down the swing set. The sentiment and conventions of the character arcs makes the story safe, predictable and unstimulating. 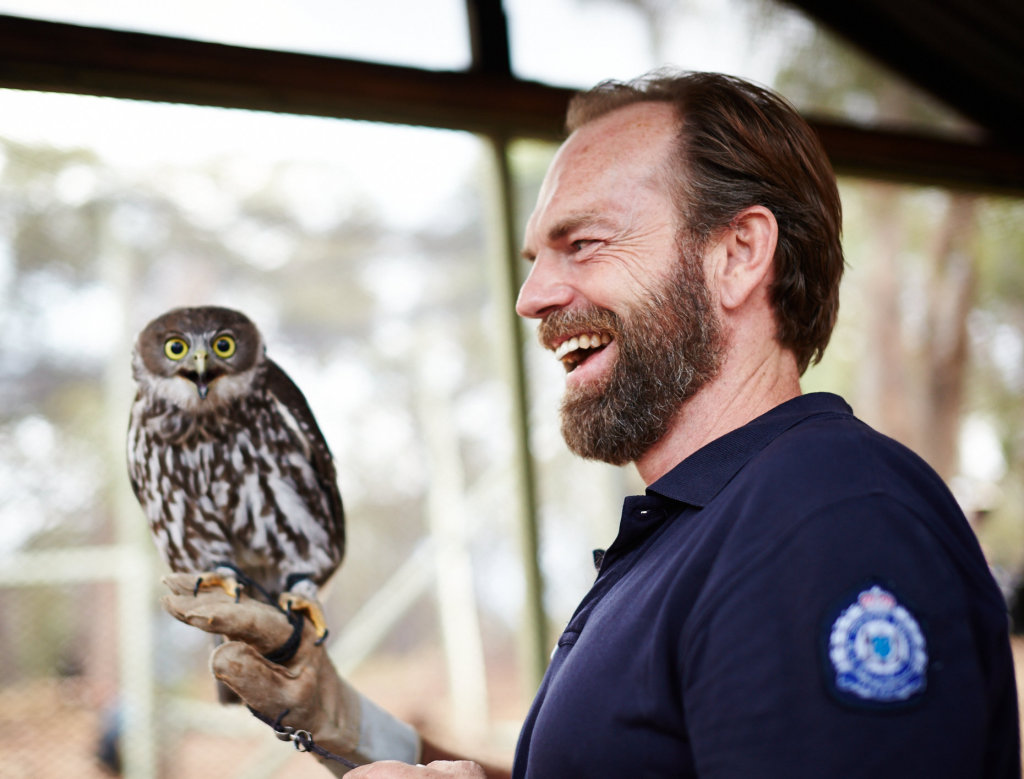 Although we might not completely buy into the film’s optimism, the actors help a lot. Hugo Weaving brings authority and toughness to Matt. Although it is not a huge stretch, he confirms that he is still a solid and firm actor who blends well into unglamorous roles. Don Hany is sometimes unpredictable and aggressive as Viktor, which adds tensions. He tempers his performance with remorse, which adds to the complexity of his character. There is a strange, telling moment where his character re-enters the city for the first time and it is pitched as a cold and noisy place. It is understandably isolating for anyone who has been locked up for that long. But how would a criminal like Viktor readapt and reassimilate once they have left prison and don’t have extra responsibilities like the eagles to distract themselves? These questions would be worthy of a story that would ask more of its characters than a simplistic idealisation of criminal reform.

Summary: Healing is well-acted and handsomely photographed but hardly surprising.