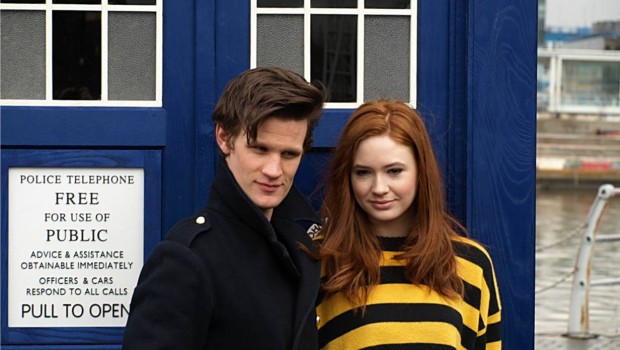 The TARDIS is on its way – Matt Smith, Karen Gillan, Alex Kingston and Freema Agyeman to arrive in Australia this week

News Alert: The TARDIS is on its way

Whovians, keep your ears listening for sounds of the TARDIS, as the final countdown until Whoniverse is now on! Doctor Who favourites Matt Smith (the Eleventh Doctor), Karen Gillan (Amy Pond), Alex Kingston (River Song) and Freema Agyeman (Martha Jones) will be arriving in Australia this week to appear at The Hub Productions’ event Whoniverse over the next fortnight.

Smith and Gillan delighted audiences across the world in their roles as the Eleventh Doctor and his loveable companion, Amy Pond, for three seasons from 2010. Kingston initially appeared in the Season Four (2008) episodes of Doctor Who, Silence in the Library and The Forest of the Dead, before reprising her role alongside Smith and Gillan throughout the next three seasons. Agyeman starred as Martha Jones alongside Tenth Doctor David Tennant in the third season of Doctor Who in 2007, before reprising her role throughout the fourth season, and in spin-off series Torchwood.

The Hub Productions’ Whoniverse shows will be bigger on the inside with Smith, Gillan (Melbourne and Adelaide only), Kingston and Agyeman (Sydney, Brisbane and Perth only) appearing on stage to share stories and participate in Q&As with fans. Each show will also feature autograph and professional photograph opportunities; plus auctions, raffles, trivia and rare collectibles. Tickets are now on sale, in a variety of options, including limited tickets available for a special meet and greet event with the stars. For more information visit www.thehubproductions.com.

A number of tickets are available for media giveaways in each capital city. If you are interested in hosting a competition, please contact Blue Planet Public Relations as soon as possible.